GRANDMA AND GRANDPA NEED NOT FIGHT IN THE CAUCASUS 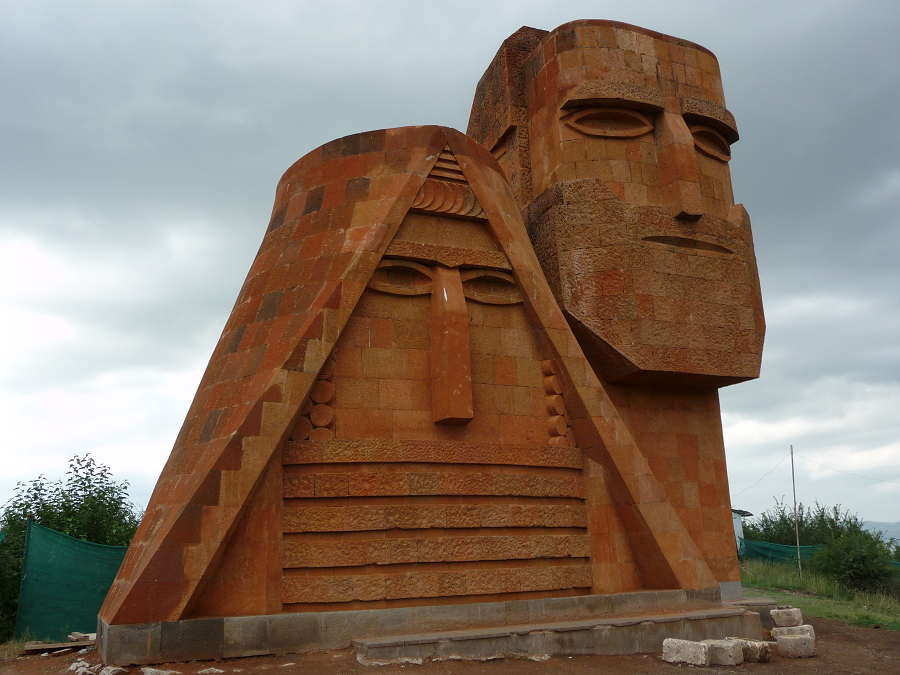 This is “Tatik-Papik” (Grandmother-Grandfather), a stone monument built in Soviet days as homage to the mountain people of the Transcaucasus Highlands of Armenia and Azerbaijan. After both became independent with the fall of the USSR, Armenia seized the Azeri part, known as Nagorno Karabagh. Since late September, war has broken out anew, with Turkey supporting the Azeris and Russia supporting the Armenians.

The dispute could be settled easily with a “land swap.” There is an exclave of Azerbaijan called Nakhchivan (see The Land of Noah, Glimpse #3) separated by a sparsely inhabited corridor of Armenia called the Mehgri Strip running to the border with Iran. It could be swapped for the Armenian-populated portion of Karabagh. Result: Azerbaijan and Nakhchivan are united and whole, Armenia and Armenian Karabagh are united and whole.

Should be win-win achievable given recent peace agreements achieved by our genius POTUS between Serbia and Kosovo, plus between Israel and the UAE, Bahrain, and Sudan don’t you think? (Glimpses of Our Breathtaking World #71 photo ©Jack Wheeler)