2 The Point News » Learn more about Dr. Jack Wheeler and To The Point

Learn more about Dr. Jack Wheeler and To The Point

The Oasis for Rational Conservatives

Do you ever feel that you’re on information overload? Wish it was easier to sort it all out?

One downside of living in the Information Age is having to swim and drown in oceans of information. People don’t want an ocean. They want a glass of water. That’s To The Point™ – distilled information – critical to your life … your investments … and your understanding of the world.

When you become a member of To The Point™, you’ll join a special group of people – patriotic Americans who not only love their country but who also have a deep insight on what makes it – and its enemies – tick. As a TTP member, you’ll gain full access to the To The Point™ website with hundreds of articles providing that insight. Every week, you’ll receive an email summarizing the latest articles in the TTP Weekly Report. You’ll also be getting invitations to participate in meetings with Congressmen in Washington, international investment seminars, member forums and conferences – all open exclusively to members of To The Point™.

Suppose there was one of the most interesting individuals you’ve ever heard of, whom presidents and CEOs of international corporations pay thousands of dollars to learn what he knows about the world – and you could pick his brain for twenty-nine cents a day? 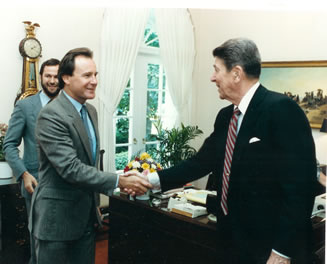 The Wall Street Journal called him “the originator of the Reagan Doctrine“. The Washington Post called him “The Indiana Jones of the Right“. Izvestiya, the organ of the Soviet Communist Party, called him an “ideological gangster”.

What if you had a “Personal Source” for understanding what’s really going on in the world? Now you do. He’s Dr. Jack Wheeler, and for only about 29 cents a day, he’ll give you mind-stretching pro-America insights on our lives, our politics, and our world that you just aren’t going to get anywhere else.

“Dr. Jack” predicted the collapse of the former Soviet Union, ten years before it came about – and explained exactly how it would take place. He won a bet with a top-expert when the Berlin Wall fell. In To The Point™, he’ll tell you about the plans the Chinese Underground Church Movement has to send 100,000 Chinese Christian missionaries to the Middle East to convert Moslem Arabs to Christianity.

Did we mention that Jack Wheeler once defeated Russian Prime Minister Vladimir Putin in arm wrestling – and Putin’s KGB bodyguard! Jack Wheeler is quite possibly the most fascinating individual you have ever known. His biography is like out of a movie — and as matter of fact, Sylvester Stallone once made an offer to buy the movie rights to Jack Wheeler’s life story. One of the best ways to learn about him is to read his moving essay “What Life Is All About” on the TTP site (in the “Classics” section of the right side bar). Be prepared however, as it moves many people to tears.

What are people saying about Jack Wheeler? 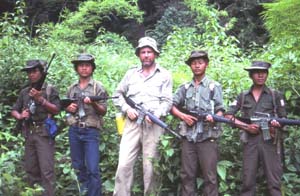 “Jack Wheeler is just about the most interesting man I know. As a professional adventurer, he has discovered lost tribes and led expeditions to every corner of the globe. As a geopolitical strategist, he created the Reagan Doctrine, which led to the demise of the Soviet Union. He is a brilliantly original thinker and deeply perceptive analyst of world events. I value his counsel and friendship.”
– U.S. Congressman Dana Rohrabacher (R-CA)

Here is what author Richard Poe has to say about this amazing man:
“An Explorer, Soldier and Scholar, Wheeler seems like an apparition out of the 19th century. He served in six conflicts against communist guerrillas, sky-dived at the North Pole, discovered three unknown tribes and holds a doctorate in philosophy.”

He is widely credited with inspiring the “Reagan Doctrine”, which called for U.S. support of freedom fighters.

“With deep ties in the military and intelligence communities, Wheeler displays an uncanny knack for getting the inside scoop on Washington intrigue, often years before other commentators catch on.”

And here’s feedback from a Member of President Ronald Reagan’s National Security Council at the White House: … “I can’t imagine anything better than to read your articles. ‘The Coming Palestinian Civil War’, for example, is especially amazing and typical of your creative originality. A lot of people now claim to have forecast the Soviet downfall, but I was as much in the middle of things as anyone in public policy, and you are the only one I ever heard say it. A lot of people hoped, but you called it a fact, something I’ve broadcast across the land. Many, many thanks … Margo”

For many years, Jack Wheeler’s writings were available only through expensive conferences and high-priced newsletters. Subscribers would pay hundreds of dollars a year to learn his critical insights which would give them a vital heads-up on what would be impacting their investments or their company’s future. Now, instead of paying hundreds of dollars a year, you’ll be able to pick Jack Wheeler’s brain for only $8.98 per month.

Here’s how one of our members values To The Point™ …

“I consider my subscription to To The Point to be my best source of “on the point” information and insight. For $8.98, it is the best bargain on the planet. I am copying some of my buddies with encouragement for them to join me in the best site on the planet. Keep up the marvelous work. G.R. Bennett”

While Jack has often been called a “real life Indiana Jones” and is part of the mix of historical figures Stephen Spielberg used (along with his own imagination) to create his fictional hero (the others: Howard Carter, the archaeologist who discovered King Tut’s tomb, and Roy Chapman Andrews, the discoverer of dinosaur eggs in the Gobi Desert) — “Jones” is cartoon fiction and Wheeler is real.

Here are some bio highlights: 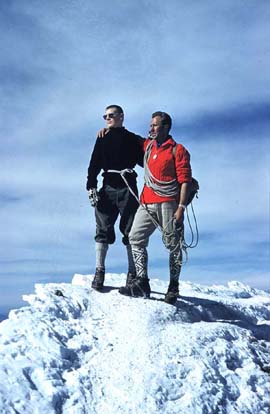 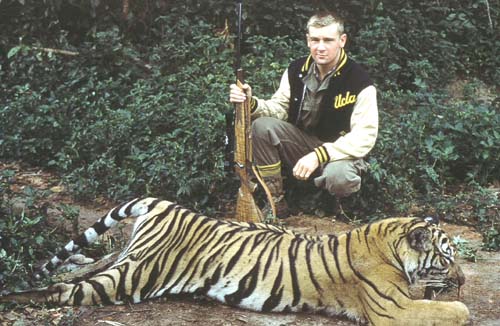 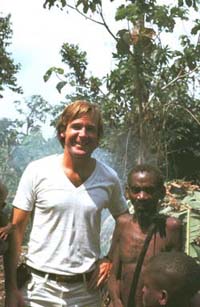 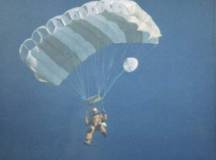 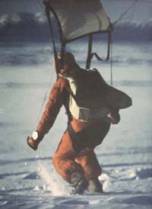 What Else Do You Get with Membership at To The Point?

The latest psychological guidance to optimize your life … On To The Point™, you ‘ll also be able to get inside the mind of Positive Psychologist, Dr. Joel Wade. What’s a “Positive Psychologist”? Someone who focuses on optimizing your happiness, rather than rehashing pain and trauma. Dr. Wade’s column, The Virtue of Happiness, assists To The Point subscribers in ridding themselves of past baggage and becoming genuinely more happy and productive. Dr. Wade is exclusively on To The Point™ — you can read him no where else.

Do you want to understand the real purpose of the Israeli Security Fence? You will by reading “The Coming Palestinian Civil War”… “The ostensible purpose of the fence is to wall out Palestinian suicide-terrorists. Its further purpose is, by securing a Fortress Israel behind its walls, to evaporate the Palestinian fantasy of obliterating Israel. What sustains Arafat, the PLA, Fatah, Hamas, Islamic Jihad, and all other Palestinian terrorist groups, is the hope, the dream, of someday destroying The Zionist Entity, of “pushing Israel into the sea” and establishing a Palestinian State from the Jordan to the Mediterranean free of the hated Jews. What Sharon understands is that this hope is the only common bond that binds all these terrorist groups into a “Palestinian” identity. Destroy the hope and you destroy the bond. Kill the hope and the terrorists will start killing each other. Outside the fence and bereft of their destruction-of-Israel dream, suicide-terrorists will be blowing up fellow Palestinians in bloody internecine power struggles. Such a civil war bloodbath is the only way to purge the Palestinians not only of the terrorists among them, but of the mentality of terrorism that infects them all.”

Want to grasp just how the Saudis are at the heart of Jihad Islam and how to end the War on Terrorism? Just read “The Soviet Saudi Union”. Here’s an excerpt … “Just as the Soviets devoted themselves to a messianic campaign to subvert and convert people around the world to Soviet Communism, so do the Saudis with Saudi Wahhabism. Just as breaking apart the Soviet Union was the death knell of Soviet Communism and the end of the Cold War, breaking apart the Saudi state will be the death knell of Wahhabism and the end of the War on Terrorism … … The greatest achievement of the Reagan Doctrine was to get the Soviet Union to collapse peacefully. America won the Cold War not in a gush of blood, but in its enemy quietly expiring. The War on Moslem Terrorism can be won in the same way. But this can be achieved only if the locus of that war – Saudi Wahhabism – is identified and a specific strategy developed to do precisely to the Saudis what we did to the Soviets. Saudi Arabia is the Soviet Saudi Union.”

Want to know why America’s culture is not — not — going down the drain, why our cultural values are going to start getting BETTER and not WORSE? You must read this excerpt from “The Curse of the Xers” … “Over the coming years, young Millennials (or Generation Y as some insist on calling them) will be pouring out of their teens and into their twenties to seize control of popular culture away from Xers. Say goodbye and good riddance to crotch-grabbing it’s-cool-to-be-a-smartass sleaze. Say hello to music you can actually listen to (i.e., that’s actually music), TV shows you can let your kids watch, and baseball caps worn normally. Trust me on this. American culture has not disintegrated, we’re not going to keep heading down into a bottomless cultural barrel. We’re in the bottom of a generational cycle that our country has gone through before and will again. Our nightmare of degeneracy will soon be coming to an end. Just remind yourself, though, before the next spectacle of Xer cynical ridicule drives you apoplectic, of all the Xers risking their lives right now in Iraq and Afghanistan so that we have the luxury and freedom to get mad at what’s wrong with our culture. Some day years from now, one of them may need to become another Patton or Eisenhower, and we’ll be quite thankful Xers are who they are.”

We predict that once you start reading To The Point, you’ll be telling your friends … like TTPer Jack F. Nicholson writes … “I’d just like you to know that because I believe so strongly in the principles and goals to which TTP is committed, I regularly encourage my friends to read and subscribe to TTP. For special friends, I give them a gift subscription – and suggest they return the favor by gifting their special friends themselves.”

Here’s how Dr. Wheeler describes the purpose of To The Point …

“For over 40 years I have been exploring our world – through over 200 countries — getting to know the people, cultures, economies, and histories. I’ve had unique opportunities to see what is really happening in the world, to get ‘behind the lines’ – beyond what the major media claims as ‘news’. I’ve long wanted to encapsulate these opportunities, and to utilize the extraordinary network of personal sources I’ve developed in scores of countries. To The Point intends to be both the world’s most accurate and insightful geopolitical intelligence service, and a pro-America, pro-Capitalist, pro-Western Civilization intellectual ammunition service for defenders of liberty. Our goal is for our subscribers to look upon To The Point as an oasis of reason and insight. Our subscribers are becoming the most highly-informed people in America. We hope you’ll consider becoming one of them yourself.”

And Remember … As a Member of To The Point™, you have full access to our Members Only web site – and you can join fellow Members in meetings with Congressmen in Washington, international investment seminars, TTP Conferences, and TTP Politically Incorrect Cruises. You’ll never have to travel with a liberal again!

We’re looking forward to your joining our To The Point Family – welcome aboard!