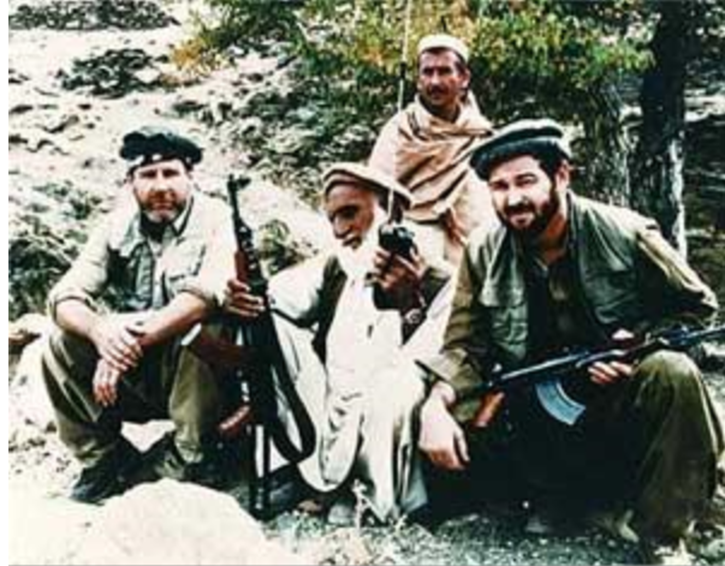 When my son Brandon was a cadet at Virginia Military Academy, his professor teaching Modern Military History gave a lecture on the 1980s War in Afghanistan fought by Afghan Mujahaddin against the Soviet Red Army occupation of their country. One of the pictures he showed was the one above of “three typical Mujahaddin fighters.”

Brandon raised his hand. “Yes, Cadet Wheeler,” the professor called on him. “Actually, Professor,” Brandon said, “only the man in the center with the white beard is one. The man on the right is United States Congressman Dana Rohrabacher, while the man on the left is my father.”

The professor was stunned while the rest of the class stifled laughter. “Are you quite sure of that, Cadet Wheeler?” stammered the professor. “Oh, yes sir,” Brandon replied. “I recognize my own father. That photo is framed in my father’s study. It was taken in November 1988. The Afghan Commander’s name is Moli Shakur. I have known Congressman Rohrabacher all my life.”

The cadets all applauded in appreciation. To this day, this remains one of Brandon’s fondest college memories. (Glimpses of Our Breathtaking World #145 Photo ©Jack Wheeler)