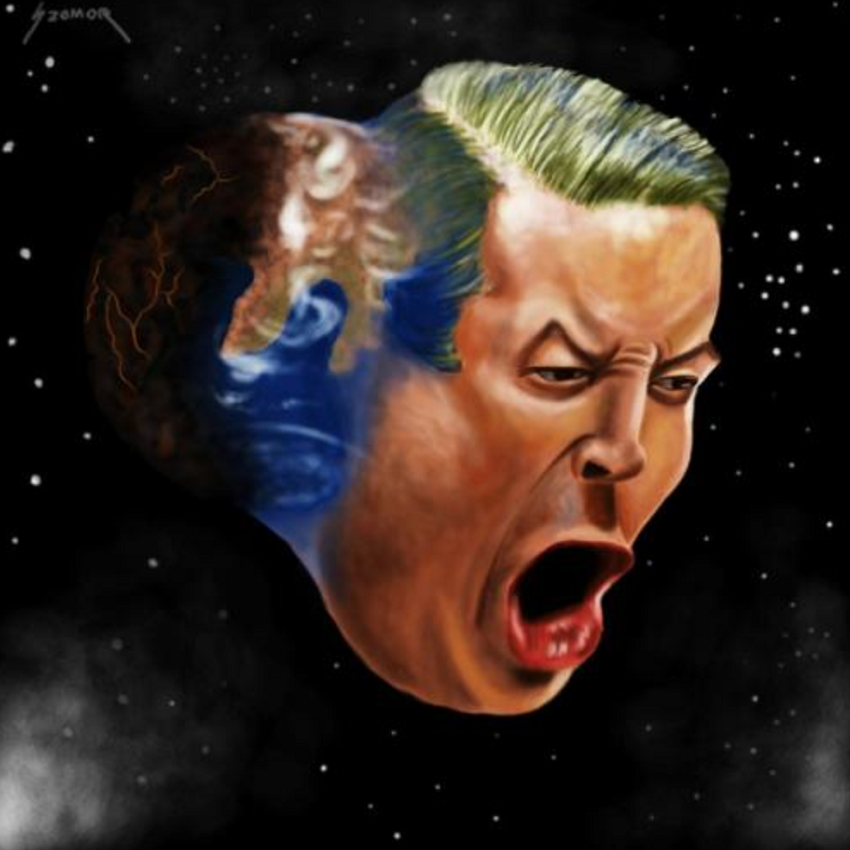 DAVOS — While at the World Economic Forum, rightful President Al Gore delivered a stern warning on climate change, saying the world will not make it past the year 2012 if something isn’t done immediately.

Sources say the crowd began to fall asleep as he continued.

“In fact, we have minus 11 years to fix this,” Gore said as he began shouting and waving his arms to hold everyone’s attention.

“By 2012, we will have reached the point of no return, and trillions of people will die painful deaths and the polar bears will have to grow gills and live in the water because there will be no more ice and Kevin Costner and his friends will have to help us escape from artificial islands in the ocean and lead us to the mythical ‘Dryland’ unless someone builds a time machine back to the year 2000 to warn the world of its impending doom! Trust the experts!”

The consensus of climate scientists voiced their agreement with Gore by accepting his funding and then booking tv hits on CNN to warn of the imminent disaster 11 years ago.

At publishing time, experts confirmed that Gore’s speech had reduced global temperatures by half a degree.