2 The Point News » Adventure/Explore » THE EIFFEL AT NIGHT

THE EIFFEL AT NIGHT 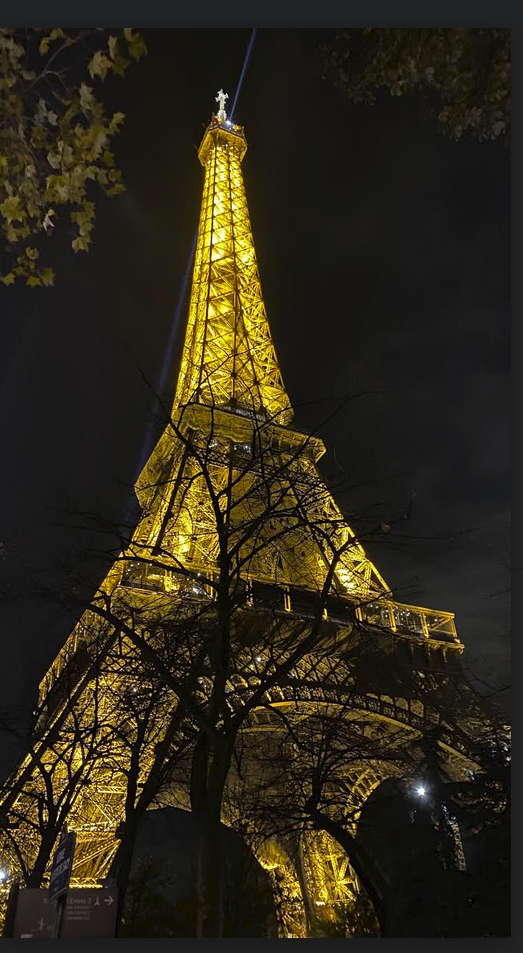 The Eiffel Tower is especially impressive at night.  Taking the elevators to the first, second, and finally the third platform on top with the girders lit up against the black of night makes you gape at the herculean engineering achievement of Gustav Eiffel.  It’s overwhelming that it took only 26 months to build – from the start on January 28, 1887 to the celebration of its completion on March 31, 1889.

The Eiffel was built for the 1889 World’s Fair in Paris, in honor of the 100th anniversary of the 1789 French Revolution, and of the century of scientific progress and the Industrial Revolution since.  It may seem bizarre that it was bitterly opposed by hundreds of Paris’ artistic and intellectual elite, who publicly condemned it as “a giddy, ridiculous tower dominating Paris like a gigantic black smokestack… stretching like a blot of ink the hateful shadow of the hateful column of bolted sheet metal.”

Too bad for them, for The Eiffel was quickly embraced by Parisians as a beloved symbol of their city, while it has gone on to be one of the world’s most epically famous monuments.

Rebel and I are here in Paris with our son Brandon for Thanksgiving. I took this picture last night.  Should you ever be in Paris, be sure to visit the Eiffel – all the way to the top! – at night.  The experience is simply glorious. (Glimpses of Our Breathtaking World #240 photo ©Jack Wheeler)