Taiwan is warning that its military won’t hesitate to exercise right of self-defense and to counter-attack in the event of Chinese forces entering its territory, following an unprecedented event on Tuesday wherein live ammunition was fired as ‘warning shots’ against a cluster of drones that appeared near the Taiwan-controlled Kinmen islands. Flares had initially been deployed to warn off the drones, but per Taiwan’s defense ministry live ammo was then used to force the drones’ departure.

Taipei followed Wednesday with this warning:

“We will continue defending our national security, firmly holding on to the median line, and doing whatever it takes to protect our homes, our families, and our sovereignty,” according to the words of defense ministry spokesperson Li-Fang Sun.

Within hours after issuing the warning, another drone incident has been reported, with Taiwan’s military saying it detected “three civilian drones” in the area of its offshore island possessions on Wednesday. It further confirmed that warning shots were again fired to fend off the unidentified drones, believed to have been dispatched from China’s mainland. 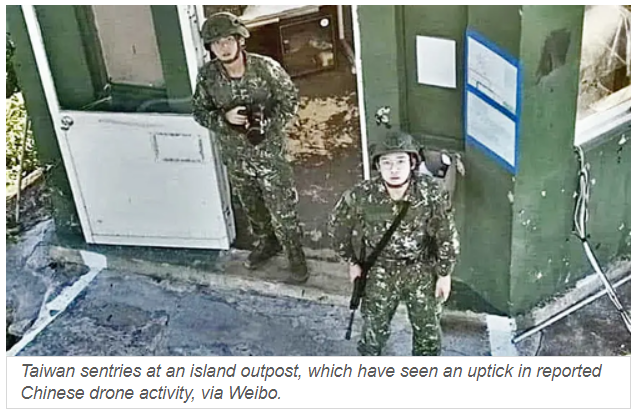 There’s been a reported series of what are believed to be Chinese drones approaching Taiwan-held islands, which lie close to mainland China, including at Matsu islands.

While Taiwanese media described Tuesday’s major incident as involving “civilian drones” – it’s as yet unclear whether the PLA military was operating them, or the degree to which Chinese military drones have been deployed near the islands.

As for the Kinmen Islands, site of this latest warning shot incident, they lie a mere 10km east of the Chinese mainland city of Xiamen in Fujian. 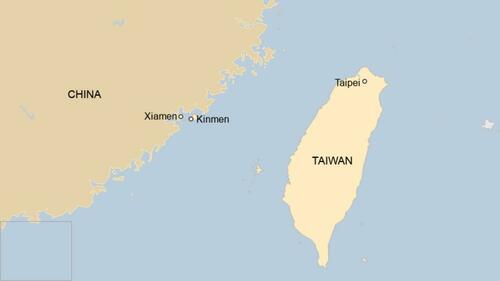 The military will determine “whether to engage the target and exercise the right of self-defense to counter-attack,” if the drones fail to leave after warnings, Major General Lin Wen-huang, director of operations and planning division, said.

“We will use naval and air forces and coastal fire to repel PLA (Chinese People’s Liberation Army) forces that enter our 24-nautical-mile or 12-nautical-mile zones,” said Lin.

“When the PLA aircraft and ships are in our 12-nautical-mile territorial sea and air space, we will act in accordance with operational orders to exercise the right of self-defence to counter-attack,” he said at an online news briefing.

The specific wording of these threats to respond military is interesting given that PLA Eastern Theater forces have on a weekly bases been breaching the median line that separates the Taiwan Strait, since Nancy Pelosi’s provocative Aug.2 visit to Taipei, which set off unprecedented Chinese live fire drills that encircled the self-ruled island.

Throughout the summer a number of videos have surfaced which appear to show foreign drones harassing Taiwan military outposts in the outlying islands, driving tensions higher:

These have widely circulated in regional social media:

Adding to all of these building tensions, and amid fears in Taipei of a near-future “forced reunification” move by Beijing, the US has sent a series of official delegations – the latest being led by Arizona governor Doug Ducey. This is the fifth American delegation going back to Nancy Pelosi’s early August visit.

A Taiwan Ministry of Foreign Affairs press release emphasized that “Arizona and Taiwan have close economic and trade relations. More than 100 Taiwanese companies have made investments in Arizona, mainly involved with semiconductors, aerospace, electronic components, computer equipment, and related services.”

Tyler Durden in a pseudonym.