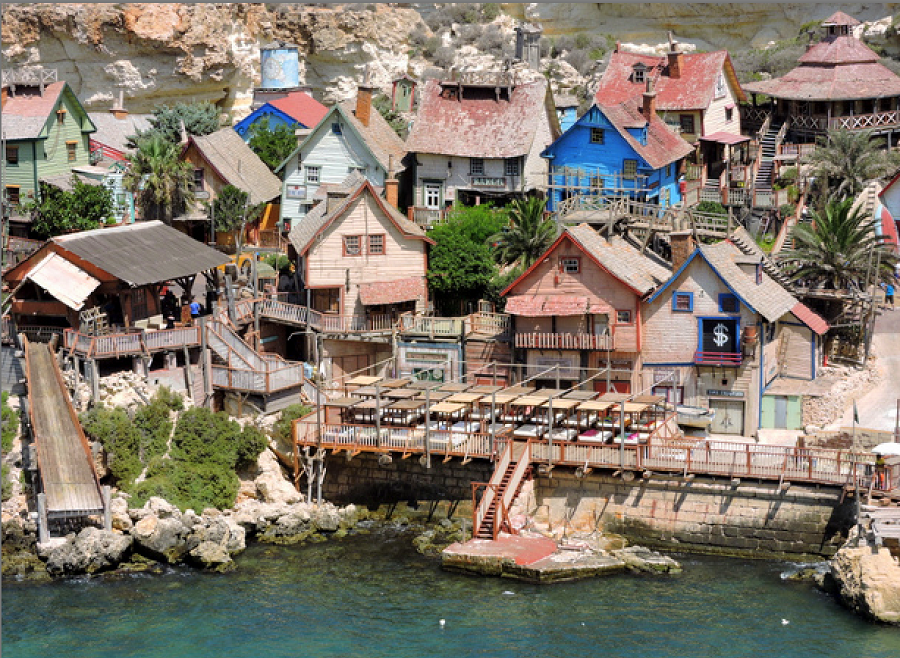 Ever see the 1980 movie Popeye starring Robin Williams? It takes place in the seaside town of Sweethaven – and you’re looking at it. The film set was built in a cove on the northern end of the island of Malta in the Mediterranean just for the movie.

It’s now been transformed into a Disney-type fun park for kids and families. Not what you expect to find in an island famous for ancient temples older than the pyramids, massive medieval fortresses that were scenes of battles that saved Western Civilization, magnificently ornate Renaissance cathedrals, gorgeous beaches and breathtaking scenery. But here it is, with shows, rides, and play houses filled with children laughing and exploring. One more reason to love Malta. (Glimpses of Our Breathtaking World #147 Photo ©Jack Wheeler)