KEEPING YOUR SANITY THROUGH UNDERSTANDING YOUR PERSONAL INFLUENCE 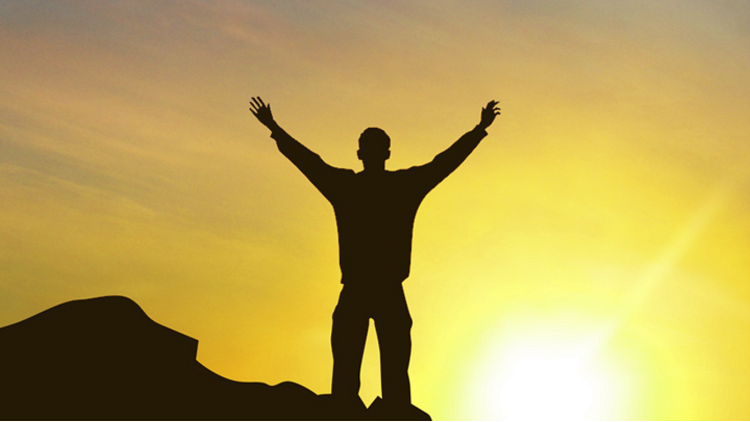 It‘s easy to underestimate our effect on others.

We can go about our business, and assume that everyone else is going about theirs. New parents can be stunned sometimes to hear their own words coming out of their kid’s mouths; their own actions being recreated by their children. But our impact on each other runs deep, and extends far beyond our immediate family.

Appreciating this can be a great motivator for living our best life.

In studies by Christakis and Fowler, drawing from the Framingham Heart Study subjects, they found just how powerful our personal contacts with people can be. Here are some examples:

That’s for our immediate connections; in other studies, they found that we can have a remarkable effect on others even several steps removed from our direct contact:

Good and bad behaviors pass from friend to friend; we influence each other’s health and happiness just by our social interactions.

But the impact of our behavior in one arena is particularly significant… shocking even.

You might be familiar with the experiments that Stanley Milgram chronicled in his book, Obedience to Authority. Milgram sought to study the degree to which people would follow the dictates of an authority figure into fairly brutal territory.

In these experiments, subjects entered a room in which there was an authority figure wearing an official white lab coat. The subject was then instructed that his or her job was to administer a shock to a person in the next room whenever that person answered a question incorrectly. The first subject – the one giving the (pretend) shock – had no idea that the person to be shocked was in on the experiment and was just acting.

As the shocks were given, whenever the subjects would look to the authority figure, or question what they were supposed to do, the authority simply answered emphatically, “The experiment requires that you continue.”

As the subjects administered the shocks, the pretend subjects from the other room expressed pain, pleaded to be released, screamed, and then finally yelled loudly that they had heart pains. Once they reached 330 volts, there was just silence.

What percentage of subjects do you think continued on through the expressions of pain, the screams, and the ominous silence through the full range of shocks?

That’s pretty awful. But now comes the part where we influence each other, because there’s a fascinating, inspiring, and little known facet to this study:

When subjects first witnessed another subject refuse to continue the experiment, 90% of those subjects would then refuse to comply with the authority themselves, when it was their turn.

Think about that again for a moment: When people see us refuse to comply with an authority trying to get us to do harm, only 10% of those people will go on to comply with that authority – when two-thirds would have done so before.

That is a huge impact.

In practice, what this means is that people are watching. What we do in our daily lives can have a very positive – or very negative – influence on the people around us. This makes a strong case for asserting our own leadership and personal virtue, to say the least.

But not from nagging or yelling or lecturing, because we influence others primarily from our actions.

When we return that extra change from a miscalculated bill, when we don’t go along with others in our group who are willing to fudge data, appease a bully, gossip, or intentionally hurt somebody, other people are influenced, and that can make a real impact.

When we choose to behave with honor and integrity – particularly when other people aren’t – somebody will likely notice, and may very well make a different and better decision him or herself as a result.

When we behave with good manners, expressing gratitude, treating everyone we see with respect and goodwill, that makes others feel better, and it also makes it easier for them to pass that attitude along.

We can worry (justifiably) about the effect of media, politicians, and other forces that are often outside of our control; but It is in our day-to-day lives where most of us make our greatest impact, and that impact is substantial.

When we decide to not go along with the negative status quo, we have a much greater influence than those who do.

Live with courage and integrity in your everyday life – be strong, kind, effective, grateful, forgiving, honorable, and polite – and set the example for others to follow.

Our effect on those we touch goes much deeper than we might imagine… sometimes shockingly so.

You can also give a gift of Mastering Emotions, Moods and Reactions and A Master’s Course in Happiness for a loved one or friend, simply by using their email when you place your order.