KEEPING YOUR SANITY BY BEING CURIOUS ABOUT THE ONE YOU LOVE 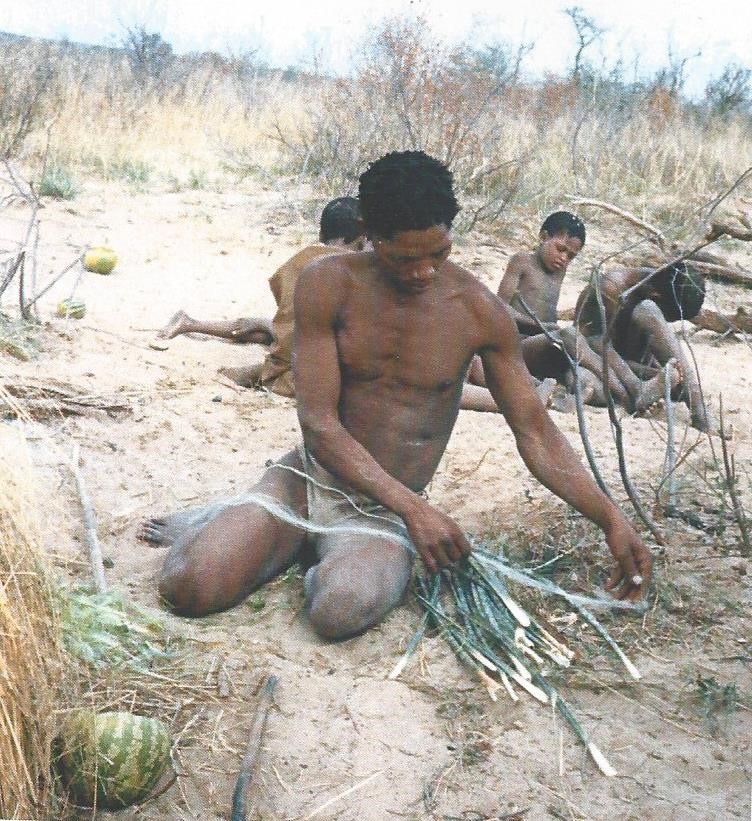 As a young man in 1988, I went on a Wheeler Expedition with Jack to the remotest part of the Kalahari Desert in southern Africa, where we experienced a “first contact” with a band of San Bushmen hunter-gatherers.  We were the first people from the outside world they had ever met.

These people had spent their whole lives isolated from the whirling, chaotic, mind-blowingly complex world in which most of us live, having had no contact with others outside of their small band, and the few other small bands they would occasionally come into contact with.

We were a bizarre lot, the handful of us who camped out nearby – but not too nearby to be intrusive. We wore strange clothes with heavy protection on our feet we called “shoes,” made these odd images with boxes called “photographs,” and slept inside houses we called “tents.”

We were also curious. We paid attention to what we saw and heard, we wanted to know what was important to them, we honored their ways, and we learned from them.

In turn, their lives were equally strange to us. They wore loincloths, no shoes, lived on a very sparse fare of roots, wild melons, and whatever game they could snare or hunt. They had huts built out of small branches, but they usually slept outside of them, circled close to the fire.

In the evenings, they would sing and dance around the fire, chanting in a rhythmic call, and at times one of the men dancing would fall into a deep trance, to be brought back to consciousness by the others rubbing hot coals on his body. The belief is that those who fall into a trance go to the other realm, bringing back wisdom for those who remained.

It was a grand adventure for me. It affected me deeply, helping put some of my priorities in perspective, and adding to my appreciation for humanity’s richness. It also inspired me later on to write a children’s book, The San People of the Kalahari.

Okay, so what does all this have to do with love and marriage?

I’ve been working with couples for more than 40 years now. If there’s one common theme that I’ve found to wreak havoc between two perfectly wonderful people, it’s this:

We expect our partner to be just like us – or at least pretty darned close to who we are. We don’t usually think this clearly and explicitly mind you, because it’s actually pretty silly to do this. But in practice, all too often, it is what we do.

We expect them to have similar thoughts, feelings and values. We evaluate them in relation to our own experience and judge them based on our own internalized standards, and confused when they have different reactions to things. We’re disappointed when they don’t measure up to our vision of how they should be… and we’re hurt when they do the same to us.

To the degree we expect another person to share our own internal experience, we lack empathy.

The antidote to this lack of empathy is curiosity.

Within each of us resides a self-concept, grown and built over many years of unique experience and influences; the threads of our soul woven through the strands of our very personal DNA, the fibers of our nervous systems whose signals hold our visceral history, and the story lines of our conscious memories.

What do you suppose the chances are that any two people would’ve grown to maturity with the same DNA, the same experiences, the same responses to those experiences, the same assumptions, beliefs, values, emotional intensity, likes, dislikes, appetites, fears, traumas, triumphs, vulnerabilities, support, neglect, fantasies, daydreams, hopes, longings…?  Zero, right?

The San people’s culture was no different in many of its specifics from other bands of San people that have been studied and written about by anthropologists. The same animal skins, the same small, watermelon like fruit and roots for food, the same “mother in law’s tongue” plants from which they draw the fibers for string and rope, the same poisonous beetle larva used to lace the same arrow shafts launched from the same bows into the same variety of game animals.

Yet even among this small band of culturally indistinguishable human beings, there was an obvious variety of very personal, very human temperament and experience. Raise the cultural complexity to the level we’ve come to accept as normal in the western world, and you can begin to glimpse how very different our individual experiences are.

And that includes the individual experience of our partner.

If you were to come upon an exotic tribe, untouched by the larger world, and you expected them to think as you do, feel as you do, react as you do… if you expected them to behave the way you behave, if you dismissed their routines and rituals as silly, while imposing your routines and rituals upon them; if you lectured them about the right way to do things, or criticized them for not understanding things the way that you do… What do you suppose the chances are that you would gain their trust?

Yet this is what we do with each other as couples all the time.

We are often attracted to one another’s uniqueness. We’re drawn to our partners because there’s something about them that’s intriguing, fascinating, unknown… with the hope of coming to understand and join with this unique creature on a life’s journey together.

What we forget along the way is that the threads of each other’s souls do not weave to form a simple pattern; and to join two souls together is not to link a thread or two here or there. A human soul is a complex tapestry, and the challenge of two souls together is to weave such a tapestry in three dimensions.

Growing in love with each other is much less like reading a manual or listening to a simple story; it’s much more like reading a profound work of poetry. You can’t take it all in through a single pass… the meanings deepen with each fresh read.

When our small band of explorers met that small band of San people so very long ago, we honored them by respecting their culture, by paying attention to what was important to them – and most of all, by being curious about them.

Love requires that we treat each other at times like we’re brand new. One of the secrets to a happy love relationship is to be enduringly curious about one another.

There’s a world within each of us. In a love relationship, curiosity and respect are the keys to that world.