Yes, my son Brandon was in Ukraine. Just as a Captain in the Marine Corps he was in Afghanistan protecting Afghans from Taliban terror, now he is protecting Ukrainians from Russian terror.

The podcast is 90 minutes long, which you can listen to via the link under the graphic above.  While there are lighter moments, like Brandon taking Harbinger aback telling him how his father once beat Putin in arm-wrestling, it is a serious discussion as befits an existential struggle between good and evil.

Their assessment on the ground is that Russia is on the ropes in Ukraine.  It is simply stunning, they say, how badly the Russian military performs.  Just one example – Russian comms are not encrypted.  What the soldiers and officers say is open for anyone to hear.

Another – Russian morale is so low, troops run away and abandon their equipment.  Which is why Ukrainians have more tanks now than the Russians in Ukraine.

In addition, the EU countries can outproduce Putin in weapons and are determined to do so.  The EU will keep enabling Ukrainians to keep killing Russians until Putin throws in the towel.

“This war has made over 40 million Ukrainians permanent enemies of Russia.  They will never stop fighting until there are no more Russians alive in their country.  And they are much, vastly, better and smarter fighters than Russians.  Putin’s blitzkrieg failed at the start, so this has devolved into a War of Attrition.  Russians cannot win this war. Ukrainians will attrit, attrit, attrit them relentlessly until they are gone with the wind.

You know this when you see the subhuman horror Russians are perpetrating for yourself.  The mass graves of civilians. The unspeakable tragedy in women’s eyes who have been raped.  This is a war between civilization and the demonic.  Anyone on Russia’s side and not Ukraine’s on this has allowed satan to steal their soul.”

There are no words to express how proud I am of my son Brandon.

Last night (4/21), President Trump was the keynote speaker at the Heritage Foundation’s annual leadership conference at the Ritz-Carlton in Washington.  By that time, it was already today in China, the world’s biggest polluter.

Since today, April 22, is being celebrated around the world as Earth Day – which has been hijacked by eco-fascists with their religion of Global Warming – it’s delicious that POTUS on this day denounced the ”Climate Hysteria Hoax.”  To wit (you can find his full denouncement from 51:30 to 57:45 in the video above):

“One of the most urgent tasks not only for our movement but for our country is to decisively defeat the Climate Hysteria Hoax.

The radical Left’s fearmongering about climate and our future is no longer just scaring America’s youth, it’s destroying America’s economy, weakening our security, and eviscerating our Middle Class.

The deranged ideology of the Green New Deal is a massive self-inflicted economic wound. It is helping fuel runaway inflation. It is causing the cost of food, cars, housing, and raising a family to skyrocket.

And it’s putting our country the mercy of Iran, Russia, Venezuela, and other hostile foreign nations—all while we are sitting on oceans of liquid gold right under our feet.

These catastrophic predictions and theatrical hysterics have become an effective tool to gain power and control over the entire society. Conservative leaders, think tanks, and intellectuals must be fearless in calling out this lunacy.

The world is not ending. Our future is not dying. We have to defeat the Climate hoaxsters once and for all.”

Amen, POTUS!  That’s an Earth Day message of reason, freedom, and prosperity we can all get behind.

So he would get a big belly laugh over what has to be The Woketard Headline of the Week:

Alexandra Hunt is a 28 year-old white girl running against an incumbent who’s been a popular and admired fixture of Philadelphia for years.  Congressman Dwight Evans’ district (PA-3) is 54% Black –and yep, he’s Black too.  Gook luck, Lexi.

“’Climate change’ is the last priority for Americans and has dropped as an issue that must be dealt with immediately, according to a CBS News/YouGov poll on Friday. Far behind the economy, inflation, crime, Ukraine, or immigration.” 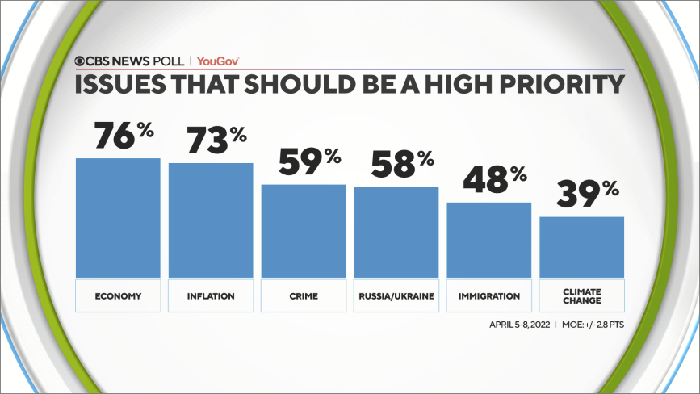 This is important because glo-warming is the Left’s chosen hill to die on.  It’s their replacement for failed classical Marxism as the rationale for controlling everyone’s life.  Without it, they have no ideological justification for political existence.

In the Beyond Bizarre Department this week, we have the saga of Biden and the Easter Bunny:

Think about what you just saw.  Some guy in an Easter Bunny costume shoves the President of the United States when he starts asking a question about Afghanistan to stop him from answering, then orders him to walk away.  Biden is stunned and shocked, and then shuffles away in a cloud of senility.

No one can manhandle the President without being instantly tackled with a knee in their back by the Secret Service.  Unless they were warned off in advance by Biden’s “handlers,” one of whom dressed as an Easter Bunny for the express purpose of preventing Joe from doing something they didn’t like.

Never ever has America had such a total laughingstock humiliation of a president.  Think of everything the Left has done to ruin our country since January 20, 2021 – and that all – all! – of it is due to the one single fact that the Presidency of the United States was allowed to be stolen from the rightfully reelected President by the leadership of both major parties, the media, corporate America, the Supreme Court, and the American people as a whole.

If there is a Judgement Day Red Tsunami this November, it will be only the very start of our digging ourselves out of the abyss we have dug ourselves into.

All for bupkes, and Chrissie unemployed.  Donaldus Magnus got the last laugh:  goodbye to “low-rated Chris Wallace, a man who tried so hard to be his father, Mike, but lacked the talent and whatever else is necessary to be a star. In any event, it’s just one more piece of CNN and Fake News that we don’t have to bother with anymore!”

Ready for another dose?  This morning (4/22) from the NY Post: Bloated Vladimir Putin Video Heightens Theories Russian Leader Is Sick. 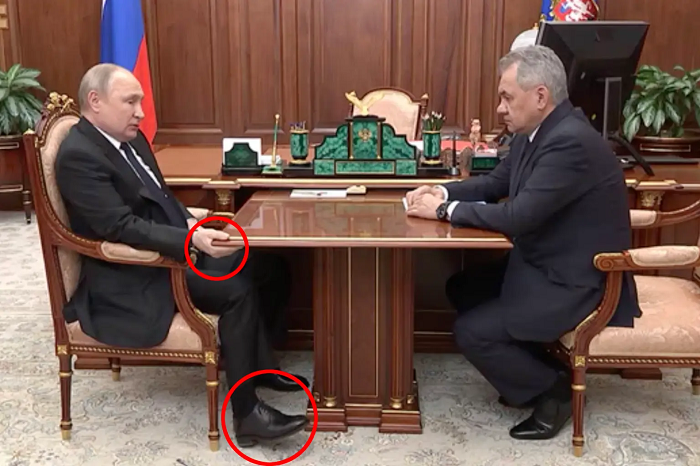 For 12 minutes, Mad Vlad never relaxed his grip on the table corner and couldn’t keep his foot still, sparking rumors he’s dying of Parkinson’s.  His DefMin Shoygu, with his serious heart condition, looks like he’s a death’s door also.  The quicker both depart this earthly plane the better.

Their meeting was yesterday, and neither of them could have been happy over the news that Russia’s main missile development facility in Tver north of Moscow had just caught fire and burned down with at least seven deaths:

No cause for either fire has been named yet, but both devastating losses at the same time cannot be anything but sabotage, all of Moscow thinks.  But by whom?  Both are a long ways from Ukraine, and there are lots of Russian families devasted by the loss of their soldier sons killed in Putin’s stupid war.

Then there are all the dead Russian oligarchs.

At least six so far since Putin’s invasion have either committed suicide or have been suicided – two this week with their wives and children.  Some were so grotesquely grisly that’s typically Russian over-the-top violence the suspicion is, this is a warning to other oligarchs not to rat on where Putin’s money is hidden.

Here’s who they are as of this morning (4/22).  More are likely to come – until, that is, Putin himself gets suicided.

Let’s end with a Whoa, Nellie! moment.  That was sportscaster Keith Jackson’s famous expression when something amazing happened on the field.  Well, here’s a Whoa, Nellie! news story from Zero Hedge this morning (4/22): 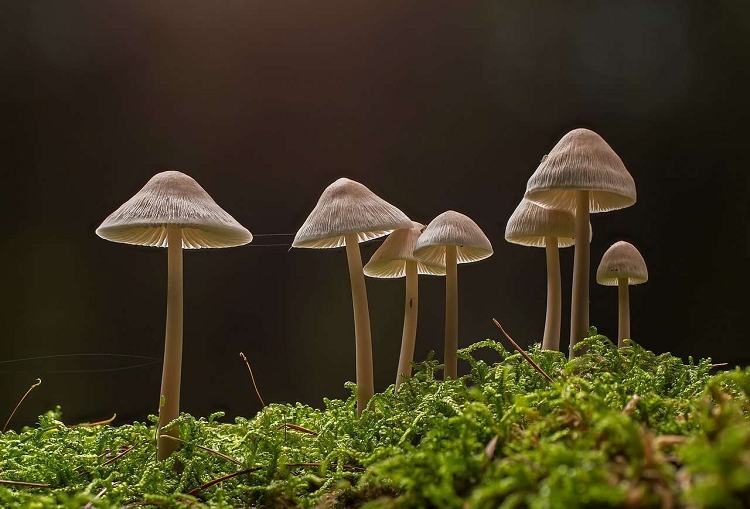 Okay, full disclosure.  I had more than one experience with magic psilocybin mushrooms in Bali back in the 70s.  In those days, they were on the menu in restaurants in Kuta Beach, like “Blue Minis Mushroom Soup.”  Those days are long gone.  I’m pleased to admit I had a wonderful time, surfing in paradise, Balinese maidens, everything in psychedelic colors, just perfect.

But I never had some life-changing breakthroughs on the meaning of life and all that. Years of studying philosophy, especially Aristotle, enabled me to just enjoy the ride and then return to reality.

Nonetheless, I’ve been hearing about serious scientists studying psychedelics’ genuine psychological benefits for some time.  Dr. Roland Griffiths, a professor who studies the neuropsychopharmacology of consciousness at Johns Hopkins University School of Medicine, is just such a scientist.  It would be insulting to dismiss him as some tripped-out hippie.

He and other colleagues have, after many years of research, become convinced that psilocybin in magic mushrooms can have genuine therapeutic value for people under the manifold stresses of modern life.

This may be especially true today, given the plethora of insanities that confront us daily in Woke America.

I am not advocating you do or try anything – just to read the article linked above, and consider its possible applicability to you.  Whoa, Nellie….

That’s a wrap, folks.  For the next two weeks, I’ll be in the Himalayas on my Himalaya Helicopter Expedition.  I’ll be in touch as often as I can, with the caveat that I have no one to write the HFR while there.

Feel free to email me – [email protected] – with items you feel are HFR-worthy.  But frankly, if it’s about Ukraine, don’t bug me if you’re not all in for Zelensky. No harassing me with KGB propaganda, please.  Kapeesh?

Here’s where I’ll be soon. Wish you were with me… 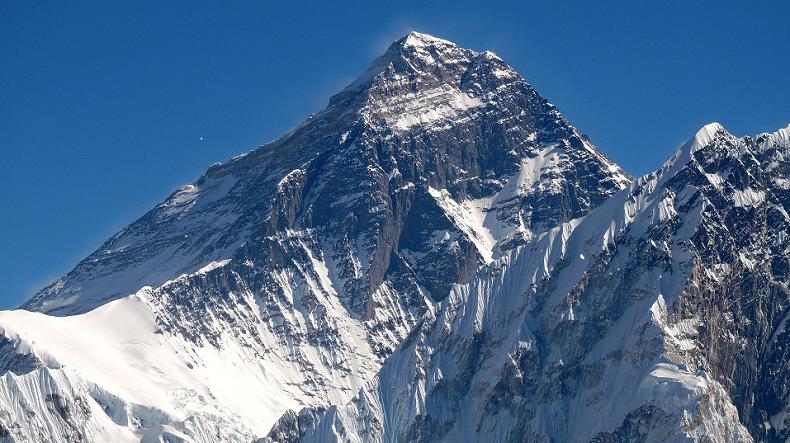