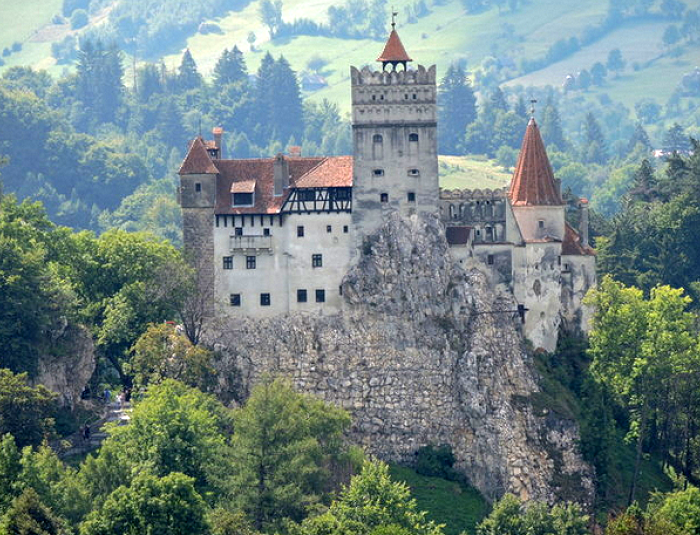 Bram Stoker’s 1897 novel “Dracula” described Count Dracula’s home as a castle located high above a gorge perched on a rock in Transylvania’s Carpathian Mountains. And here you are, Bran Castle, built in the late 1300s near the town of Brasov in Romania, and traditionally associated with Vlad Dracula (1428-1477).

His father, Vlad Dracul (Vlad the Dragon), as the ruler of Wallachia (southern Romania), led Christian knights fighting Ottoman Turks called the Order of the Dragon, or “Dracul” in Romanian. His son succeeded him as Dracula – “son of the dragon” – waging war upon the Moslem Ottomans so brutally he became known as “Vlad the Impaler” for impaling his enemies. They began spreading rumors of his being literally bloodthirsty, drinking his enemies’ blood.

Over the centuries since, Vlad Dracula has been celebrated by Romanians as their national hero in his liberation struggle from the Ottomans. But was Bran Castle his home? He had many homes, and was here many times during his campaigns. Visiting Dracula’s Castle is always a highlight of our explorations of Eastern Europe. (Glimpses of Our Breathtaking World #56 photo ©Jack Wheeler)