2 The Point News » Adventure/Explore » THE MATTERHORN OF THE HIMALAYAS

THE MATTERHORN OF THE HIMALAYAS 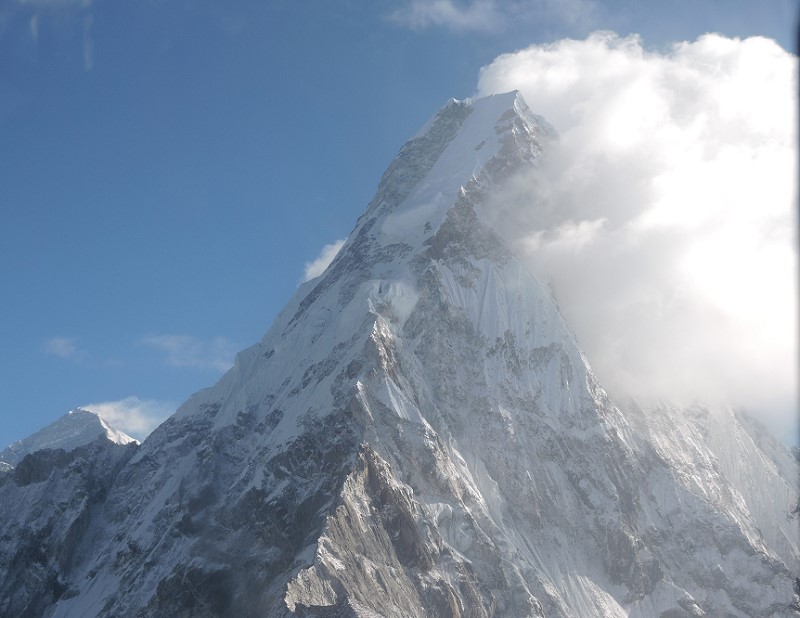 This is Ama Dablam – “Mother’s Necklace” in Sanskrit – famed by climbers and trekkers as the Matterhorn of the Himalayas.  Standing 22,349 ft, the favored climbing route is the southwest ridge, which you’re looking at face on.  It towers as sentinel above the Tengboche Monastery of Nyingma (Red Hat) Tibetan Buddhism, and the famous trek to Everest Base Camp (EBC).

We were at EBC this morning, and shortly later flew by Ama Dablam in our expedition AS350B3 helicopter at 20,000 ft.  It is from this altitude you can see the summit of Everest.  And yes, that’s Everest on the left of the photo.  In the shadow is Everest’s southwest face, in the sun the east face, the southeast ridge between them is the climber’s route to the summit.  Breathtaking only begins to hint of what it is like to experience such a sight. (Glimpses of Our Breathtaking World #202 photo ©Jack Wheeler)