2 The Point News » Adventure/Explore » THE CITY OF ALMATY

THE CITY OF ALMATY 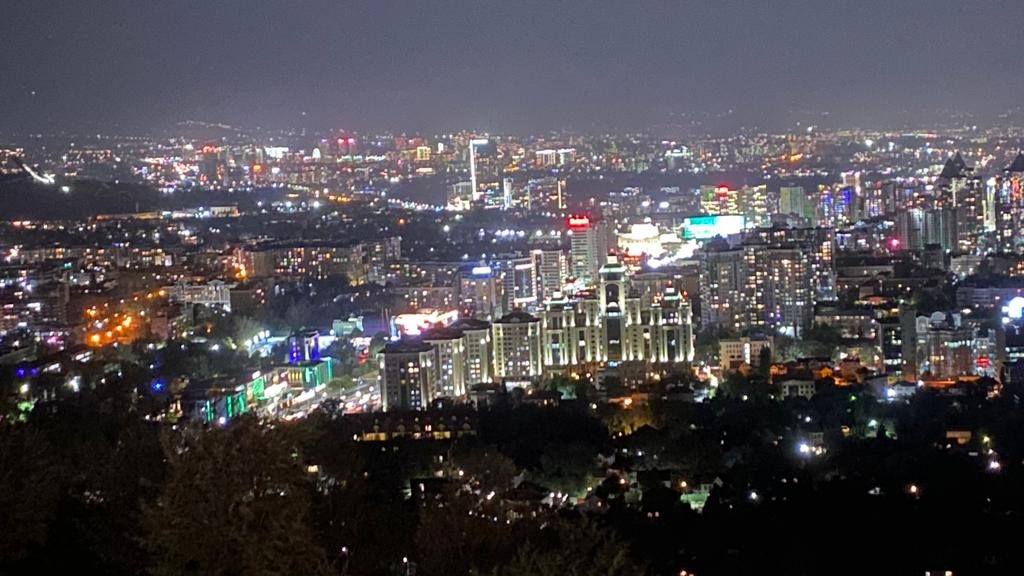 This is Almaty, the largest city in Kazakhstan with over one million people. Originally named Alma Ata or Father of Apples, as here in the western foothills of the Tien Shan mountains is where apples were first domesticated and cultivated.

Almaty is a thriving prosperous city as the financial/economic- but not political- capital of independent Kazakhstan. And but a stone’s throw away from the magnificent snow-clad Tien Shan, a trekker’s paradise in the spring, summer, and fall, a skier’s in the winter. It’s a modern, spotlessly clean city with gorgeous parks and flower gardens- and there’s a terrific Irish Pub flowing with Guinness. What more could you want? (Glimpses of Our Breathtaking World #220 photo ©Jack Wheeler)