ONE MORE SCOTUS BLOCKBUSTER TO COME 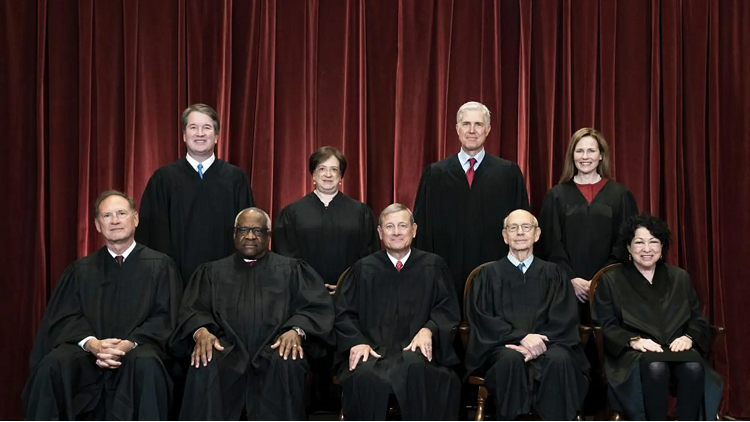 As TTPers have learned, overturning Roe v. Wade may not be the Supreme Court’s most dramatic decision this year.

Instead, its ruling on West Virginia v. the Environmental Protection Agency could prove far more consequential. It could literally upend how our government works.

WV v EPA asks whether important policies that impact the lives of all Americans should be made by unelected D.C. bureaucrats or by Congress. This SCOTUS could well decide that ruling by executive agency fiat is no longer acceptable.

The case involves the Clean Power Plan, which was adopted under President Barack Obama to fight climate change; the program was estimated to cost as much as $33 billion per year and would have completely reordered our nation’s power grid.

The state of West Virginia, joined by two coal companies and others, sued the EPA, arguing the plan was an abuse of power.

By deciding in favor of West Virginia, the court could begin to rein in the vast powers of the alphabet agencies in D.C. that run our lives and return it to legislators whom we elect to create…legislation.

Just as the Supreme Court ruled in Dobbs that abortion laws are more appropriately left up to the people’s elected representatives, it may decide in WV v EPA that Congress, and not federal agencies, should write our laws.

A decision that puts Congress in charge would stall environmental rules intended to replace fossil fuels with renewable energy. Legislators, back in the driver’s seat, would have to debate and go public with the consequences – and costs — of regulations that are now adopted with little buy-in from the public.

To further their climate agenda, Democrats have been able to hide the full-in price tag of abandoning oil and gas as our main energy sources by creating tax subsidies for renewables.

If consumers had to pay the real cost of wind and solar power, they might not be so enthusiastic about what President Joe Biden calls the great “transition.”

But the case goes beyond environmental regulations.

A ruling in favor of West Virginia would reverse a decades-long trend in which Congress has handed off to federal agencies decisions our legislators refuse or are unable to make.

The usurping of authority by D.C. bureaucracies began with the New Deal in the 1930s, when an ambitious President Franklin D. Roosevelt led the way by creating the TVA, the WPA and a total of 69 other offices and executive branch agencies to do his bidding.

The process occasioned Democrat Al Smith to complain that he was “submerged in a bowl of alphabet soup.”

Restricting the power of the alphabet soup authorities might require that our representatives and senators actually do their jobs, allowing less time for posturing and passing pointless dead-on-arrival bills. They might have to show up more than half the days in the year, for instance, which is the current norm.

It could, for sure, derail the ambitions of Joe Biden, who won no significant majority in Congress and appears incapable of “working across the aisle,” though as Candidate Biden, he argued that ability was one of his strongest credentials.

In addition to broad environmental rules that might come under new scrutiny, subsequent suits might challenge labor laws written by the NLRB, consumer protection edicts from the CFPB, and regulations put in place by the FDA, the CDC and the entire host of agencies that have immense – many would say excess – power over our lives.

But initially, the ruling would deep-six the Biden administration’s ambition to kill off the coal industry, which is why West Virginia, our nation’s second biggest coal-mining state after Wyoming, brought the suit, along with Westmoreland Mining Holdings, North American Coal Corporation and others.

Like Obama, Biden wants to effectively shut down our fossil fuel industries that provide cheap, plentiful and reliable energy and that are the envy of the world. His “Build Back Better” plan incorporated $550 billion in programs aimed at curtailing emissions, including significant portions of Bernie Sanders’ Green New Deal.

Obama’s approach was to reinterpret the 1970 Clean Air Act to allow a nationwide cap-and-trade regimen, requiring power plants to offset emissions by investing in other low-carbon facilities. Congress did not alter the Clean Air Act language to permit the Obama’s Clean Power Plan (CPP); the Obama White House simply grabbed it as a way to further their climate ambitions.

The courts decided the CPP constituted executive overreach and put the plan on hold. Subsequently, the Trump White House rescinded the program.

This back-and-forth highlights an obvious problem with government by alphabet soup. Successive administrations can easily change the rules by which such agencies operate. Policymaking is thus erratic and inconsistent.

Especially in the power arena, where new facilities can take years to build and the impact on the general population can be profound, this is a costly and inefficient way to govern.

Political parties rise and fall, to be sure, and can also change the nation’s direction. But matters of consequence should be argued in the public forum and not buried under the almost 100,000 pages of new rules and regulations published during Obama’s last year in office, for instance.

Supreme Court Justice Antonin Scalia once wrote in a decision, “We expect Congress to speak clearly if it wishes to assign to an agency decisions of vast ‘economic and political significance.” That limiting guidance appears to have support from the conservative justices on the court today.

If the court launches a widespread curtailment of governing by executive agency, as it should, we will see more protests and renewed cries to “Pack the Court,” including from members of Congress. After all, they’ll have to get to work.

But if that’s the Supremes’ decision, we should celebrate it with popping corks.

Liz Peek is a former partner of major bracket Wall Street firm Wertheim & Company. She is a contributor for The Hill, Fox News, and the New York Sun.