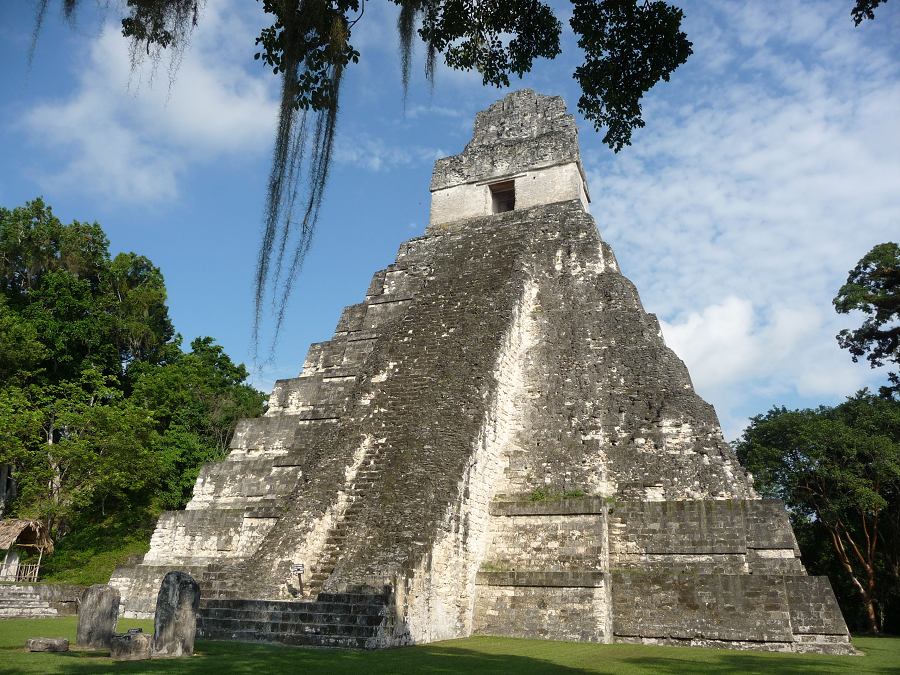 This is Temple IV at the ancient Mayan capital of Tikal, now in northern Guatemala. It was from the top of Temple IV that the shot in the original 1977 Star Wars movie was filmed of the Millennium Falcon landing (at 44 seconds) near jungle temples (Temples II and III) at the Rebel Base on the moon of Yavin 4.

Built in 740 AD, at 230 feet it is the tallest pre-Columbian structure in all the Americas. While Tikal’s earliest buildings date to the 4th century BC, it was from 300 to 800 AD that Tikal flourished as one of the Mayan Empires most powerful kingdoms.

Then decline set in, with drought, deforestation, overpopulation, and constant warfare with rival kingdoms. With Tikal abandoned by the end of the 900s, it remained covered by rainforest jungle for over a thousand years. American archaeologists began excavations in the 1950s. Today with its major temples restored, Tikal is the most impressive example you can visit of Mayan civilization. (Glimpses of Our Breathtaking World #118 Photo ©Jack Wheeler)