2 The Point News » Keeping Your Sanity » KEEPING YOUR SANITY: MONEY, TRADE, AND INNOVATION 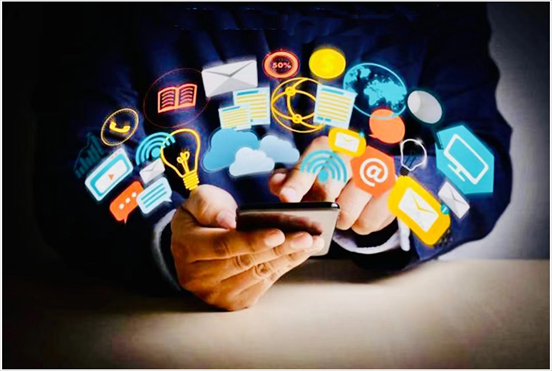 When we focus too much on money as stacks of paper bills, or numbers on a ledger – or, God help us, trillions (!) of dollars in government spending bills – we can miss the powerful forces that we interact with every day that make those bills and those numbers meaningful.

Do you remember Apple’s “Newton” personal organizer? Of course you don’t. Even though it was pushed for years by Apple’s then CEO John Sculley, it was a failure in the market. It seemed to be a genuinely great idea, and Apple devoted tremendous resources to developing it; but when it came to being seen as useful by actual customers, it failed miserably.

On the other hand, there’s a good chance you have an Apple iPhone either in your hand or within easy reach. In contrast to the Newton, the iPhone has been a tremendous success – because actual customers have seen it as valuable enough to buy it.

(And in fact the elements of Newton that were valuable are all contained in the iPhone or iPad, so it’s often not so simple as the surface success/failure can look.)

As innovations in machinery and technology have advanced – dramatically so over the past 200 years – there has been less need for human physical labor. What took a textile worker in 1750 twenty minutes to make, took just one minute in 1850, making it possible for fewer people to supply more people with more goods and services more easily.

When a machine loom is substituted for a hand loom, the physical labor that used to go to the hand loom can now go toward other things – supervising, repairing, or improving the machine loom; or doing something else entirely. The person who had been confined to working the loom by hand can now do something more complex, more satisfying… and more valuable.

The freedom and respect given to regular people with new ideas – with which they could give a try toward making a lot of money – has led to the greatest expansion of prosperity in history, and the greatest improvement in nearly every facet of life, for nearly all of humanity.

Trade and the money that facilitates it have been part of the human story at least since the first painted and drilled nassarius shells found their way to the middle of Africa, some 80,000 years ago. Trade encouraged innovation and the spread of ideas well beyond those palm sized hand axes that were the sole observable innovation for over a million years before that.

Many of the inventions we think of originating during the Industrial Revolution in Europe had already been created or discovered long before; but they were never encouraged, were never adopted widely through trade, and so never led to the kind of Great Enrichment we’ve been experiencing for the past 200 years.

Some people in China were using natural gas for lighting in the fourth century BCE; moveable type had been invented in Korea in the twelfth century; the method of inoculating against smallpox was an Ottoman discovery brought to England; and quality cotton, porcelain, and cast iron were brought from Asia. The blast furnace was invented in China long before it was invented again in Sweden.

But there was a hinderance to bringing these kinds of inventions into the world on a large scale.

Because of the lack of encouragement – culturally and politically – in the past for the sort of creative problem solving among regular people that we take for granted today, there was never an Industrial Revolution, nor a Great Enrichment earlier in history.

The culture, led by the clerisy and aristocracy of China for example, did not encourage innovation, and did not create an atmosphere of dignity and liberty for regular people to practice it and to make money bringing it to the larger population. But China wasn’t unique in this.

Today, we think of innovations as largely good things, exciting things, things to look forward to. But in Europe, the word “innovation,” until the 1800s, was largely seen as a negative quality. Which is likely why Leonardo da Vinci in 1519 had to hide his inventions in secret mirror image writing.

During the Renaissance there were innovations in art and science involving and largely benefitting the aristocracy, but not involving and improving the lives of regular people – things like perspective drawing, architecture, human dissection. All fine and good, but of a different nature from what led to the Great Enrichment that we enjoy today, which improves and enriches the lives of everybody.

As innovations are developed and traded among the large population of regular people, rather than just a small percentage of the aristocracy or clerisy as had largely been the case before, innovations were able to inspire and affect other innovations, multiplying the impact of each new idea.

Through trade, innovations have a chance to cross fertilize with other innovations, creating ever expanding networks of brilliant ideas.

So now, for example, instead of typing this column on a manual typewriter, buying stamps, sending it through the mail and having my editor wait days to receive it – among a hundred other ancient inconveniences (remember when “White-out” was a breakthrough?) – I now type it on my computer, attach it to an email, and click “send”.

Instead of renting an office where my clients and I have to drive to meet with me, we talk by phone or video from wherever either of us happens to be. Which means also that I can work with anyone, anywhere, instead of having my business confined to those who are close enough to travel to see me.

But if this way of working wasn’t valuable to enough people, I would have to do something else. Trade provides the feedback for what is valuable to people right now… and what isn’t.

… these are just a handful of the innovations that we take for granted today – to the point where we get frustrated and annoyed when any of them isn’t working optimally, costing us valuable seconds.

New ideas inspire other new ideas, new combinations and applications are pieced together creating even better innovations. Every innovation increases the value of each person’s work, therefore their wealth; and eventually the wealth of us all.

Money is the medium of exchange that makes trading these innovations possible, but it’s the incredible dynamism of culturally encouraged, liberty nurtured, trade-tested innovation involving all of us that gives wealth meaning, and that enriches us all.

PS: My new course, Mastering Emotions, Moods and Reactions can help you with this part of your life in much greater detail, with deep understanding and practical skills for mastering these systems and living well. You can get it now with a deep discount, for $99, if you use this code: LB99.