2 The Point News » Guest Authors » Members Only » HILLARY DID IT

Published May 24, 2022 | By The Wall Street Journal Editorial Board 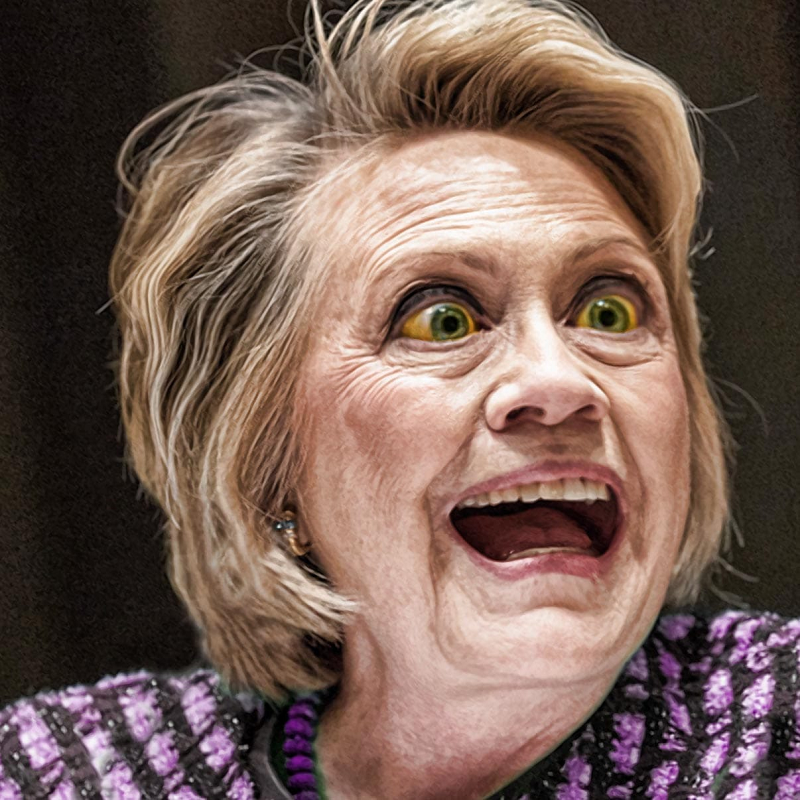 [This photo caricature is what The PIAPS should look like right now.  The battle cry at Trump rallies throughout his presidency was “Lock her up!!” – but it never happened.  Four years ago in the spring of 2018, a friend warned, “Somebody has to go to jail, some top Dem has to be wearing an orange jump suit for the Russia Russia Hoax, or people will lose faith in our system and the GOP will lose the House” – both of which happened and is how we got Speaker Pelosi.  And how we got a stolen presidency two years later.  Today America is fast becoming a banana republic with corrupt leaders still above the law.  They have to go to jail – starting with The PIAPS.  Lock her up!! – JW]

The Russia-Trump collusion narrative of 2016 and beyond was a dirty trick for the ages, and now we know it came from the top—candidate Hillary Rodham Clinton.

That was the testimony Friday (5/20) by 2016 Clinton campaign manager Robby Mook in federal court, and while this news is hardly a surprise, it’s still bracing to find her fingerprints on the political weapon.

Mr. Mook testified as a witness in special counsel John Durham’s trial of Michael Sussmann, the lawyer accused of lying to the FBI. In September 2016, Mr. Sussmann took claims of a secret Trump connection to Russia’s Alfa Bank to the FBI and said he wasn’t acting on behalf of any client. Prosecutors say he was working for the Clinton campaign.

Prosecutors presented evidence this week that Mr. Sussmann worked with cyber-researchers and opposition-research firm Fusion GPS to produce the claims on behalf of the Clinton campaign, and to feed them to the FBI. An FBI agent testified that a bureau analysis quickly rejected the claims as implausible. (Mr. Sussmann has pleaded not guilty.)

Prosecutors asked Mr. Mook about his role in funneling the Alfa Bank claims to the press. Mr. Mook admitted the campaign lacked expertise to vet the data, yet the decision was made by Mr. Mook, policy adviser Jake Sullivan (now President Biden’s national security adviser), communications director Jennifer Palmieri and campaign chairman John Podesta to give the Alfa Bank claims to a reporter.

Mr. Mook said Mrs. Clinton was asked about the plan and approved it.

A story on the Trump-Alfa Bank allegations then appeared in Slate, a left-leaning online publication. On Oct. 31, 2016, Mr. Sullivan issued a statement mentioning the Slate story, writing, “This could be the most direct link yet between Donald Trump and Moscow.”

“Apparently” is doing a lot of work in that sentence.

In short, the Clinton campaign created the Trump-Alfa allegation, fed it to a credulous press that failed to confirm the allegations but ran with them anyway, then promoted the story as if it was legitimate news. The campaign also delivered the claims to the FBI, giving journalists another excuse to portray the accusations as serious and perhaps true.

Most of the press will ignore this news, but the Russia-Trump narrative that Mrs. Clinton sanctioned did enormous harm to the country. It disgraced the FBI, humiliated the press, and sent the country on a three-year investigation to nowhere.

Published as a Wall Street Journal editorial by its editorial board on Sunday May 22, 2022.