HIGH NOON AT THE SUPREME COURT 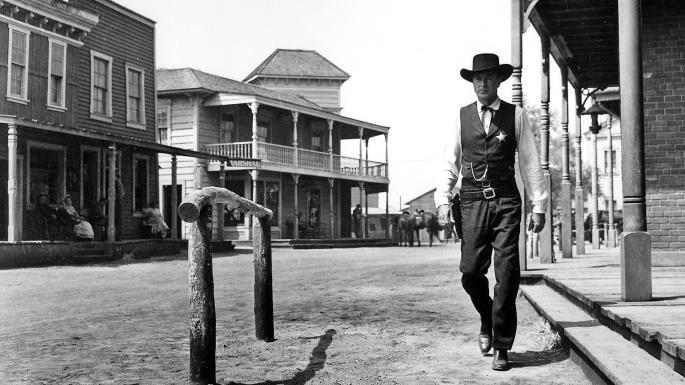 The Supreme Court takes up the issue of vaccine mandates on Friday (1/07), holding a special hearing that is nearly unprecedented in its rushed timing.

At issue are two of Biden’s mandates. One compels the vaccination or testing of everyone who works at a 100+ employee company; the other requires vaccination of every staffer at every hospital, nursing home, or health care facility that receives funding from Medicare or Medicaid.

Will we become a country of haves and have nots concerning the Covid vaccine, whereby those who sensibly decline the vaccine are segregated in cities, schools, hospitals, and concerts? The new year has rung in a slew of new “no vaccination, no service” rules in restaurants, bars, gyms, and even maintenance work in high-rise apartments.

This is not a fight in which the Supreme Court wanted to be, just as the sheriff in High Noon did not want to confront the outlaws returning on the noon train after the ringleader was released from prison. Ever since the Oscar-winning performance by Gary Cooper in that 1952 classic, its title has been synonymous with an unavoidable high-drama conflict that one side must win.

Much of the argument on Friday will focus on legal procedure, which the Court prefers rather than getting to the heart of the failure of the vaccine strategy against Covid. Liberals increasingly disguise their politics as science, and the more they mischaracterize the Covid vaccines as good science the less willing any justice will be to challenge falsehoods by public health officials.

But a million reports to the Vaccine Adverse Event Reporting System (VAERS), an official government database, tell a story very different from the Biden party line. Pro-Trump Rep. Marjorie Taylor Greene (R-GA) was just permanently banned from Twitter after she posted official data from VAERS on the shocking number of Covid vaccine injuries.

“Note that the total number of deaths associated with the Covid-19 vaccines is more than double the number of deaths associated with all other vaccines combined since the year 1990,” concludes vaersanalysis.info, which compiles VAERS data in a more user-friendly way. This is no ordinary vaccine that Biden and his minions are imposing on the American people for the first time in American history.

The VAERS data show that the number of reported adverse reactions from the Covid vaccine has reached 983,758; the number of hospitalizations, 108,572; and the number of deaths, 20,622. British researchers published a report last June confirming the reliability of these VAERS data.

Yet the court filings by the Biden Administration make no mention of these shocking numbers of injuries and deaths posted by VAERS, as reported mostly by health care workers. It is understandable that many health care workers themselves decline to receive a vaccine after seeing how much harm it has caused to others they treat.

The lengthy oral argument on Friday may come and go without anyone mentioning these official VAERS data, which are hard to find on the internet and censored on social media. A case of “the emperor has no clothes” may be on display unless someone is willing to blurt out, “but this vaccine has killed more people than all other vaccines combined!”

Each Justice will have time to ask questions and make points about the legality of mandating the same vaccine that has reportedly injured a million people while failing to end the pandemic. VAERS is maintained by the United States government, the same entity for whom the Justices work and by whom they are paid.

A century ago, the mindset of compulsory vaccination led the Supreme Court to affirm the mandatory sterilization of women thought not to be smart enough to have children. In Buck v. Bell (1927), the High Court used a precedent upholding mandatory vaccination to justify additional tyranny, relying on the same utilitarian logic that was widely accepted by progressive Democrats in the Woodrow Wilson era.

The vaccine strategy for Covid was hatched by a few faceless D.C. bureaucrats in 2020, despite how vaccines were unsuccessful in responding to the Spanish flu in 1918-19 or the AIDS pandemic in the 1980s and 1990s. Their strategy has resulted in skyrocketing Covid cases in the United States compared with poorer countries that are doing better with early treatment and natural immunity.

So… are there at least five Gary Coopers on SCOTUS to face down this evil?