2 The Point News » Guest Authors » Members Only » CAN WE PUT AN END TO GUN-FREE ZONES NOW?

CAN WE PUT AN END TO GUN-FREE ZONES NOW? 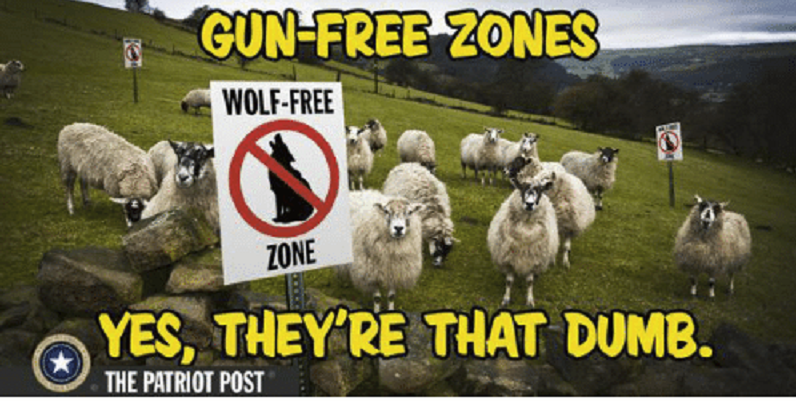 In the aftermath of the massacre of 19 children and two adults at the elementary school in Uvalde, Texas, all the usual suspects are pushing for more gun control laws. None of their proposed laws will reflect any lessons learned from what went wrong and which cost so many innocent lives.

Even before full details of the barbaric attack become public, enough is known to ruin the reputation of the Uvalde Police Department for failing to respond quickly and refusing to immediately mount a counterattack on the 18-year-old murderer (who deservedly shall remain unnamed).

Those issues and the cultural and/or psychological pathology behind such mass murder are topics for another occasion.

Today I wish to address the vulnerability created for schools and churches by the misguided policy of “gun-free zones.” The problem and its solution are demonstrated in the experience of two small churches in Texas.

In November 2017 in Sutherland Springs, Texas, the First Baptist Church was attacked by a gunman who killed 26 with an AR-15 rifle he illegally purchased. As a felon convicted of domestic violence while in the U.S. Air Force, he was prohibited from purchasing a firearm. He did so anyway because the Air Force failed to submit the court-martial conviction to the FBI’s database that is checked before a firearms purchase.

No one in the church was armed.   His killing spree was ended by Stephen Willeford, armed with his own AR-15, who shot him after he left the church. Willeford was called to the church by his daughter and arrived just in time to catch the murderer fleeing the scene in his car.

Just over two years later, a man wearing a fake beard, a wig, and a long coat walked into church services at the West Freeway Church of Christ in White Settlement, Texas. Members of the church’s volunteer security team spotted his suspicious behavior as he sat down in a pew. As an usher approached him, he pulled out a shotgun and shot the usher. He then shot one of the security team who was drawing his pistol.

The head of security, Jack Wilson, then fired a single shot from about 10 yards hitting the gunman in the head. He dropped dead. We know the entire incident took four seconds because video of the church service was being live-streamed. If you watch the video, you can see three other church members draw their pistols and rush to cover the gunman in case he was only wounded.

The casualty count in White Settlement, Texas was two killed and no wounded. (Never count the perpetrator as a casualty.)

Since there were only two fatalities, that incident did not qualify as a mass shooting. It would have been such but for the life-saving action of Jack Wilson, a former firearms instructor. There were 242 people in the church that day.

The church in Sutherland Springs was by design or by accident a gun-free zone that Sunday. The church in White Settlement was not. The difference in casualty count was 24. That many people would have had a better chance of surviving if there had been a “good guy with a gun” ready to stop the attacker.

Turning to mass shootings in schools the first thing to understand is that, contrary to the hysteria in the mass media, they are rare. There have been 13 incidents since 1966 (over 55 years). Those crimes claimed 146 lives. That is one-fifth the number of homicides in Chicago in 2021.

The horror of mass murders is what drives a public policy that does little to prevent them. The most popular measures are two-fold. (1) Declare schools to be gun-free zones; and (2) Place police officers in the schools and call them School Resource Officers (SRO).

The first is illogical because why would someone who is planning to commit murder be inclined to obey the law banning guns in schools? The second is impractical for several reasons.

The police officer is wearing a “shoot me first” uniform. The attacker and not the defender has the element of surprise. Next, the SRO when on duty is only one person attempting to cover a large school. In Uvalde, the killer came through a back door and there was no SRO in the building.

In Broward County, Florida in 2018 the SRO, Deputy Sherriff Scot Peterson, stayed safely outside the building during the mass school shooting there, thus earning the title, “the coward of Broward.”

The practical solution to school security may require the passage of only one law in most states. It would be based on the “Second Amendment Preservation Act” passed by the Missouri legislature in 2014.

It allows teachers and school administrators to carry concealed guns after receiving 112 hours of training with an 18-hour annual refresher course. To date, 24 school districts have participated and 52 people have completed the training. School districts can and do still retain SROs on their staff. 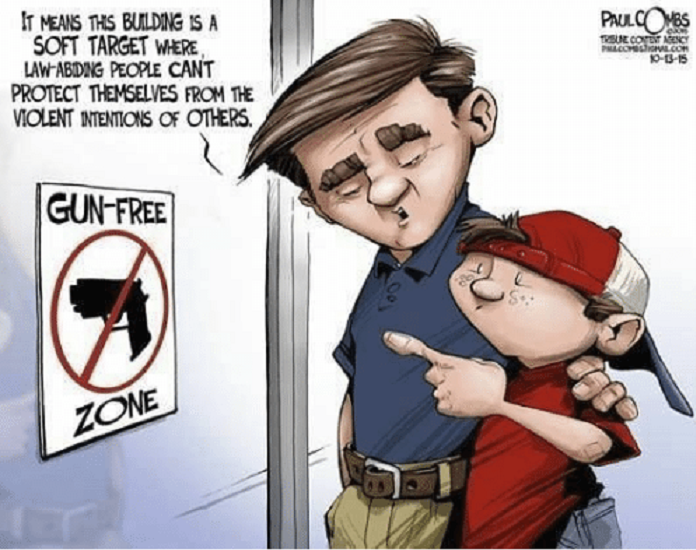 A program to train teachers and school staff in armed self-defense has many advantages. It hardens the defenses of what would previously be classified as a “soft target.” A teacher would not have to cower in fear but could take a position in her classroom to ambush any attacker. The trained “School Protection Officers” are likely to be motivated to maintain their firearms proficiency. Their lives literally depend upon it.

Publicity as to the SPO’s excellent shooting skills should be widely circulated so as to deter would-be attackers. With any luck, some will take up defensive pistol shooting as a hobby. It is practically a joke among competitive pistol shooters how their skills vastly exceed those of most cops.

The “hobbyists” are likely to shoot 5,000 rounds per year in practice and competition, while police officers are shooting about 500 rounds per year — usually confined to the occasions when they have to pass qualification tests.

The psychological dependence on the police for protection from people like the 18-year-old killer in Uvalde, Texas must stop if our schools and churches are to be made safer. (No place is guaranteed to be completely safe.) It ignores what we have learned from past atrocities, “When seconds count, the police are only minutes away.”

Patrick J. Gibbs is a practicing attorney in Marietta, Georgia.