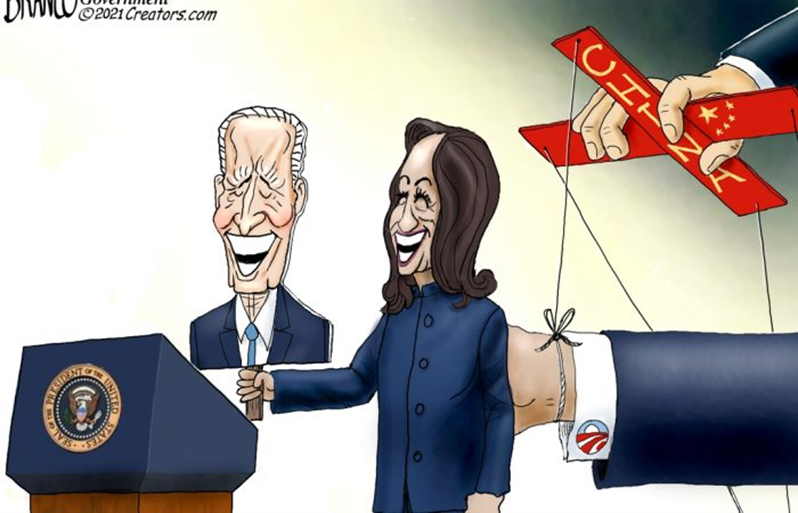 The Chicoms insist their words and names in Chinese be transliterated into Roman letters with a plethora of X’s and Z’s for no reason.  Any word with “sh” they want be an “x” – thus Chinese President Xi is pronounced “She.” As the fraudulent inhabitant of the White House is Xi’s puppet, TTP prefers to spell his last name “Xiden.”

For your enjoyment, here are three more of Branco’s latest depictions of him 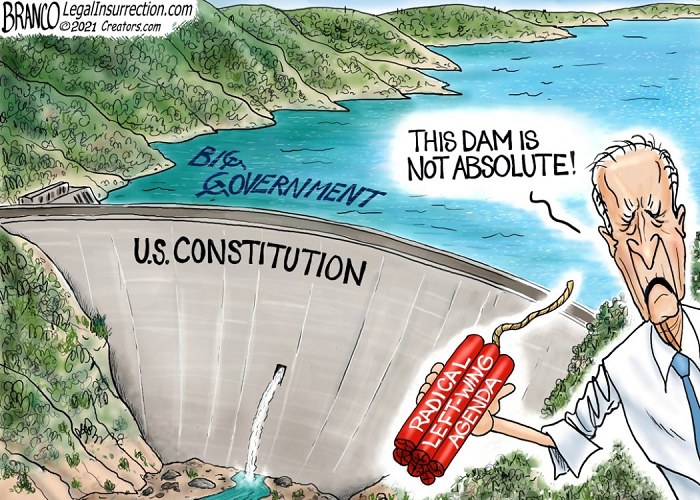 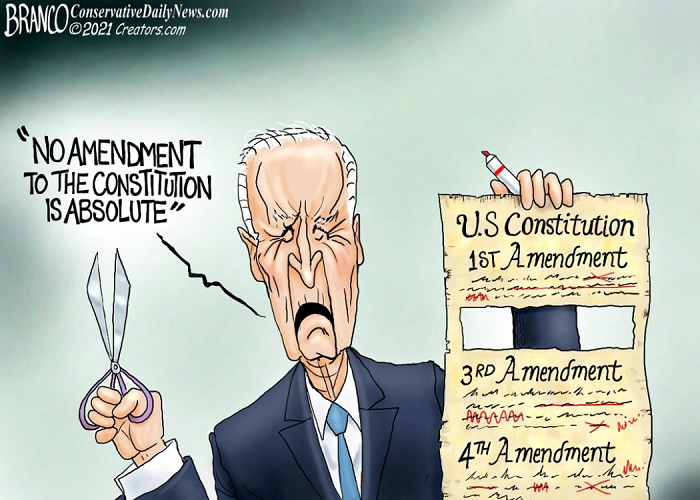 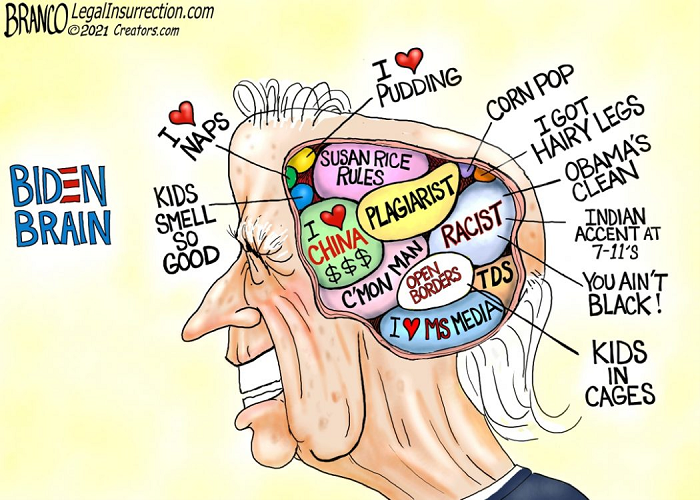