YOGI AND THE POTUS 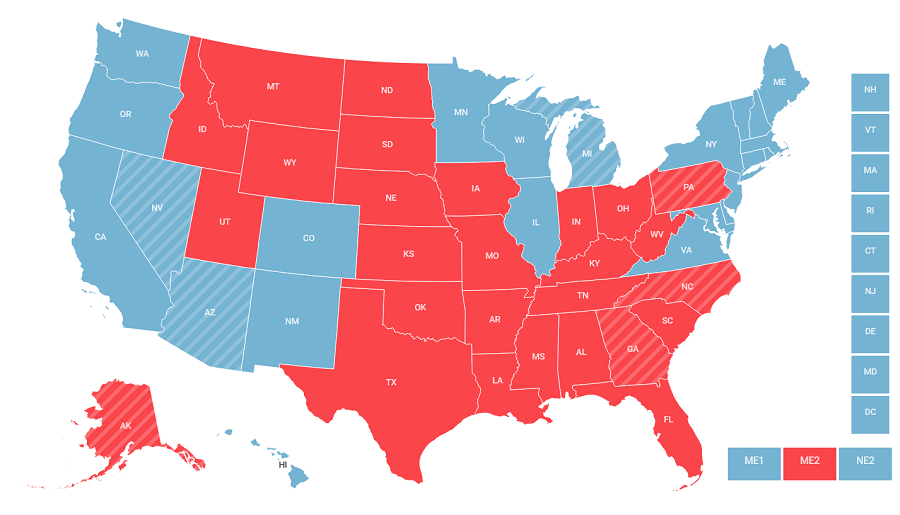 “Yogi” of course is Yogi Berra.  One of his most legendary aphorisms was, “It’s never over until it’s over.”  Well, this game sure isn’t over yet – despite the virtually criminal deception of CNN and Fox in reporting and displaying the election results.

It’s 4pm eastern time, and both just “projected” Wisconsin to be for China Joe – “Pushing Trump’s prospects of reaching 270 further away,” screeched Fox.

We’ll get to Wisconsin’s massive vote fraud in a moment – but for right now, let’s examine the Newsmax map above.  While it stubbornly like everyone else reports Trumps Electoral count stuck at 214, click on the map link, run your cursor over Georgia, and you’ll get: 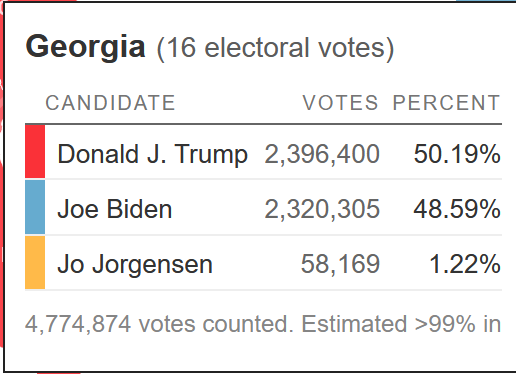 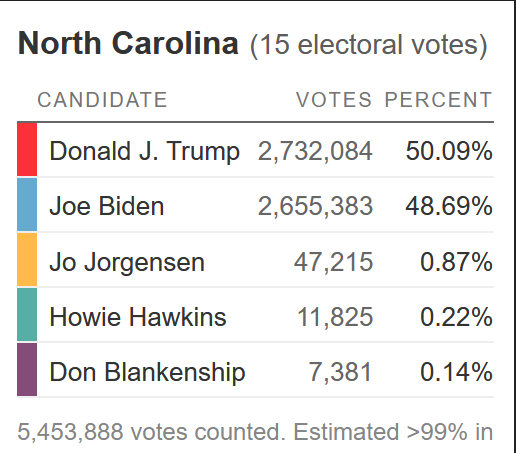 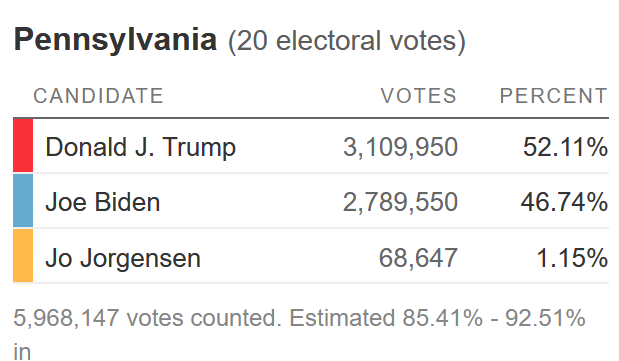 His lead of 320,000 votes is so insurmountable the Trump Campaign just declared it: 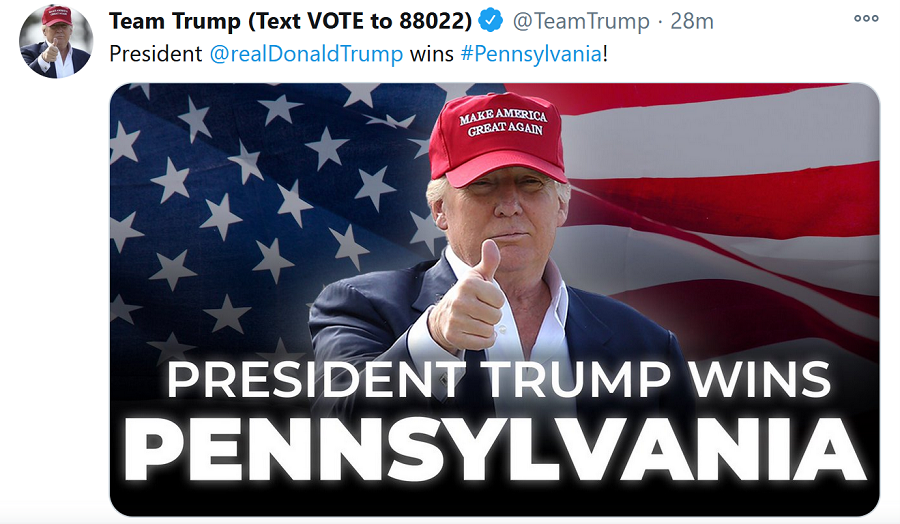 Yes, the Dems in charge of Pennsylvania and Wisconsin are doing their best to steal the election, Team Trump lawyers are suing, and it will end up in court.  But the steal is just too big to get away with in PA – so if POTUS carries Arizona he’s reelected.

So keep the champagne on ice – too soon to pop any corks, but the time to do so may not be far off.