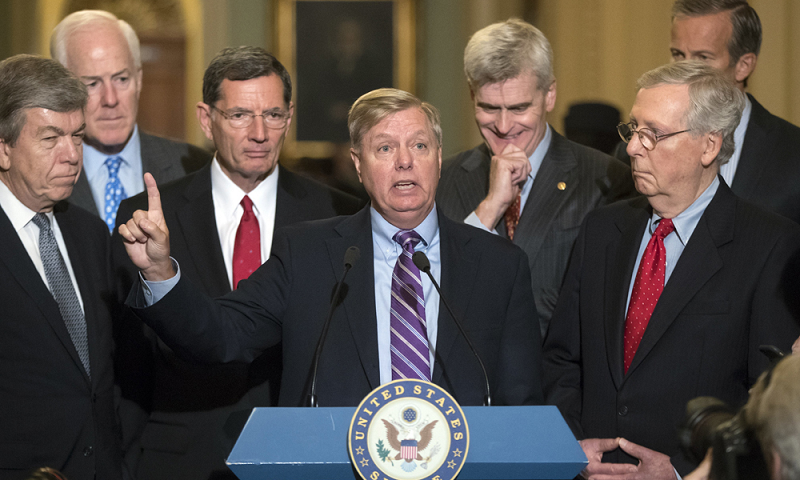 “You always know the mark of a coward.  A coward hides behind freedom.  A brave person stands in front of freedom and defends it for others.” —Henry Rollins

We all know that the Democrats fight dirty; always have, always will.  The Republicans, on the other hand, just sit back and let them lie, cheat, and steal as if it would be rude to call them out for their crimes.  They seem to delight in being known as the polite party.

As a result, the Democrats plowing them under with glee.

Democrats impeached President Trump twice over nothing, less than nothing.  And now, as Biden is transforming the country and its demographics before the world’s eyes by encouraging migrants from all over the world to illegally enter the U.S. over the southern border, the Republicans are as usual sitting back and doing nothing.

Never mind that while the administration demands American citizens be vaxxed and masked, these migrants endure no such mandates.  Many are spreading COVID, and all are welcomed.

Then they are either crammed into overcrowded tents and cages or escorted to buses or planes to be transported into cities in the interior.  This, without Biden officials either asking or alerting the governors of the states into which these illegal crossers are deposited.

This is an obvious national security nightmare as thousands of those entering the country are criminals of the worst kinds.  If this is not an impeachable offense, what is?

But for a few legitimate representatives of their constituents, the rest of the Republicans just sit back on their imaginary laurels, take the money, go to the parties, and spend their time being careful not to engender any bad press at the New York Times or the Washington Post.

They have done precisely nothing to defend America’s political prisoners held in the DC Deplorables Jail, the unarmed “trespassers” of Jan. 6, who are being sorely abused while the Antifa thugs and BLM terrorists who destroyed city after city over the past summer have not been charged with any crimes.

The Democrats openly supported those riots, no matter how much damage was done to countless small businesses, many of them minority-owned.  Kamala Harris raised money for their bail, which, thanks to Soros-placed DAs, was rarely even needed.

Now we have before us the most reckless spending bill ever brought before Congress, illegitimately called an “infrastructure” bill, and seventeen hare-brained Republican senators are voting for it.

Most likely those Republican senators supporting this absurd 2,700-page infrastructure bill that no one has read will have been paid for their votes — $50 million to Utah, $1 billion to the Appalachian Commission that Joe Manchin’s wife now heads, $150 million to the Mississippi Delta Regional Authority, etc.

These shameless Republicans are greedy as well; they sell out the American people with such ease.  We all know that the Democrats are only about power, never people.  This vote proves that those Republicans who pretend to be “for the people” are nothing of the kind.

May they all be voted out of office at the earliest possible moment.

Lindsey Graham!  Remember all those times he pretended to be on the side of right, his great speech at the Brett Kavanaugh Supreme Court confirmation?  It was all for show.  He talks a good game but does nothing, even as head of the Judiciary Committee.

He never investigated the Russia hoax or any of the other crimes the Democrats committed to destroy Trump.  He’s a mild-mannered blowhard.

Bill Cassidy made a complete and utter fool of himself on the Laura Ingraham show.  His attempt to defend this monstrosity of a bill was pathetic at best, perhaps even drug-fueled.

Lisa Murkowski has been betraying her conservative base for years and years, as has Susan Collins.  The rest of them are just traitors to the people, all of us.  You can be sure that not one of them has read the 2,700-page abomination.  They all agreed to vote for it before there was text to read.

The Republican Party must stop putting such weak people with no strength of character up for office.  Will they ever?

The Democrats call this absurdity an “infrastructure” bill, but only a smidgen of the spending goes to roads and bridges.  The rest is a recipe for total tyranny over every aspect of American life.  It’s the Green New Deal on steroids.

It will bankrupt the next several generations, but then that is part of the grand plan.  People will no longer own anything. Blackrock will have purchased millions of homes to rent back to their former owners.

Our grandchildren and their children will know nothing of the American dream.  It is being stolen out from under them by the Democrats and craven Republicans right now in 2021.

And all of this because the presidential election was stolen in broad daylight eight months ago.

If Trump were in the White House, none of this would be happening.  The border would still be secure.  We would still be energy independent.  Putin wouldn’t have his pipeline.  China would still be on its back foot.  There would be no mask or vaccine mandates; Trump understood the importance of liberty.

Anyone who thinks China did not engineer the Biden victory is fooling himself.  The Chinese, along with the Mexican cartels, are now controlling the U.S. with Biden’s and his party’s blessing.

They, and those seventeen Republicans, are all globalists who plan to become very rich and remain among the ruling elite.  They care nothing for our Constitution or the American people outside their lofty realm.  Their plan, it seems, is to render us all serfs, laborers in the new totalitarian world of their making.  A pox on all their houses.

“Those who expect to reap the blessings of freedom must, like men, undergo the fatigue of supporting it.” —Thomas Paine

Remaining constitutionalists!  Please stand up!  Impeach Biden now!  The good guys can band together and do it:

It will take more fighters to impeach the most destructive president in U.S. history.  Biden has indeed done more damage to this nation in the shortest amount of time with the smallest amount of cognitive resources.  He has ignored the Supreme Court’s decisions on the eviction moratorium and DACA.  Both programs were ordered to end, but the Biden administration has ignored the SCOTUS.

Biden is officially a dictator, and too many Republicans seem not to notice.  He needs to be impeached now before we are just a satellite in China’s vast empire.

We are living in chillingly perilous times.  An illegitimate president is doing the bidding of China and the international drug cartels at the dire expense of law-abiding American citizens who love their country.  No one knows who is in charge, but nearly all of Biden’s Cabinet are radical leftists with ties to the CCP.

If the majority of our citizens cannot rely on Republicans to fight for the preservation of America and the future of coming generations, where can we turn?

The Democrats have been betraying their constituents, especially black Americans, for sixty years.  Now the Republicans are lying low rather than gathering to impeach the most traitorous administration in U.S. history.

The Republican collaborators are cowards hiding behind the façade of American sovereignty and must be stopped, shamed for their treachery.  The rest of them had better gather their courage, stand together in front of the freedom we have for so long taken for granted, and impeach Biden before it is too late, before we are no longer free.

“The liberties of a people never were, nor ever will be, secure, when the transactions of their rulers may be concealed from them.” —Patrick Henry