2 The Point News » Guest Authors » Members Only » WHO WAS IN CHARGE OF THE GOVERNMENT ON JANUARY 6?

WHO WAS IN CHARGE OF THE GOVERNMENT ON JANUARY 6? 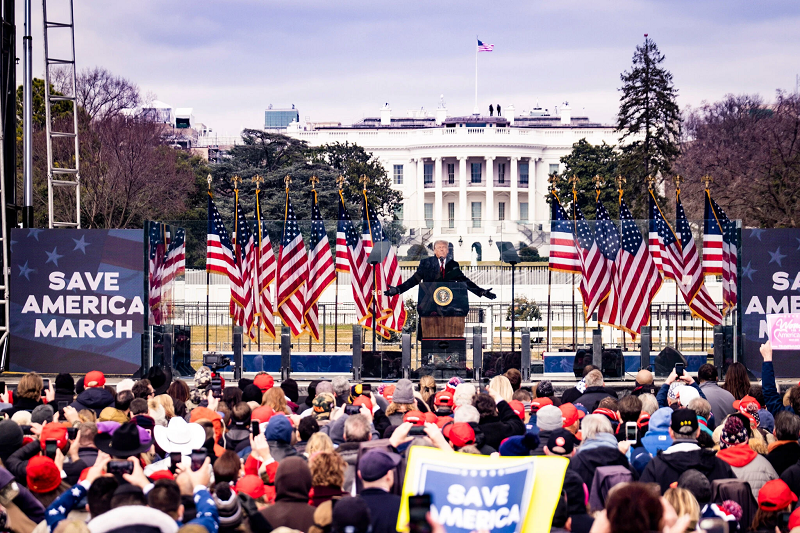 Finally, last Saturday (2/13), the most important question to be raised concerning the Capitol riots on January 6 received a hearing in the New York Times: “What Trump Did as the Capitol Was Attacked.”

The three-quarter page exposé canvassed meticulously all that President Trump was doing — save for the single most important thing. The essay by reporters Maggie Haberman and Jonathan Martin relates details of conversations with officeholders and White House officials, with a timeline of decisions and nondecisions, all to demonstrate that Trump sat on his hands while the riot unfolded.

It failed, however, to ask the obvious follow-up questions the answers to which reveal the likelier truth.

Where was Trump’s national security team, and what counsel did they provide?

The gravity of this obvious lacuna should instantly appear to anyone who considers this was a national security event of the greatest significance, equivalent to the firing upon Fort Sumter or the raid on Harpers Ferry more than 150 years ago or the bombing of Pearl Harbor 80 years ago.

That it was a national security event is apparent from the immediate and since daily repeated descriptions of the riot as an attempted “insurrection” or “coup.” It is also apparent what protocols prevail in such an event: a national security team exists precisely to appraise and respond to such threats.

Do a word search in the NY Times article above – not one of these key national security individuals is ever mentioned.

Were they gathered in the White House within 30 minutes of the development of an event that lasted for hours? What counsel did they give? Were they rebuffed by the president? If the president were guilty of criminal negligence (a “high misdemeanor”), here would be the irrefutable proof of the fact.

At no point in the six weeks since the events of January 6 has this question been raised in a publicly visible forum. It stands to reason that it should have been raised by virtue of the clear fact that the president’s conduct has been repeatedly described as “criminally negligent.” This would have been a credible charge of misconduct that could have supported impeachment.

That such a charge was not filed, and such questions not posed, indicates the high likelihood that to pursue the inquiry on that line would have proved embarrassing—and even condemning—for the officials listed above and for those pursuing the impeachment on the weak and inappropriate grounds of “inciting an insurrection.”

One is forced to think that an obvious path to secure conviction was not pursued solely because it could not be sustained.

If that is so, however, it also means that something far more significant happened. Namely, the president was not in control of the government.

That the national security team was AWOL in this crisis clearly points to the reality that President Trump did not in fact command the governmental forces that could respond to the crisis. He stood, rather, in the position of King Canute, commanding the waves to recede from the shore in the face of oceanic forces that rolled over him with a relentless tide.

But if President Trump was no longer the commander-in-chief, nothing is more urgent than to learn who was, and what role he, she, or they played in the events that unfolded on January 6.

Is it possible that this was the culminating—if unspoken—event in the complex story of “saving our democracy” unfolded by Molly Ball in Time, in an impeachment-timed exposé of the years-long plot to hobble and remove Donald Trump?

That victory-lap essay made evident an undisclosed apparatus and funding the scale of which far exceeds anything heretofore arising in the politics of the United States. To quote Molly Ball:

“Their work touched every aspect of the election. They got states to change voting systems and laws and helped secure hundreds of millions in public and private funding. They fended off voter-suppression lawsuits, recruited armies of poll workers and got millions of people to vote by mail for the first time. They successfully pressured social media companies to take a harder line against disinformation and used data-driven strategies to fight viral smears. They executed national public-awareness campaigns that helped Americans understand how the vote count would unfold over days or weeks, preventing Trump’s conspiracy theories and false claims of victory from getting more traction.

After Election Day, they monitored every pressure point to ensure that Trump could not overturn the result. ‘The untold story of the election is the thousands of people of both parties who accomplished the triumph of American democracy at its very foundation,’ says Norm Eisen, a prominent lawyer and former Obama Administration official who recruited Republicans and Democrats to the board of the Voter Protection Program.”

Moreover, Ball disclosed, the project provided for an army of conscripts ready to respond vigorously and, if necessary, violently, to a Trump victory or resistance.

The impression that the forces did not need to be summoned in the end may only be an illusion, if it were rather true that a counterintelligence effort was required to seal the deal—one that even included the surfacing of a couple of inert (suspiciously false flag) pipe bombs as proof to the public mind of imminent danger to the republic.

Reading the Times’ “what was Trump doing” in company with Ball’s “how we saved democracy” opens the window to the true story of the nature of government in the United States today. It is not a comforting story.

William B. Allen is Emeritus Professor of Political Philosophy at Michigan State University.  On a personal note, he and Jack Wheeler worked closely together in Youth For Reagan during Ronald Reagan’s original political campaign, for Governor of California in 1966.