2 The Point News » Guest Authors » Members Only » WHO IS ORGANIZING THE ANARCHO-COMMUNIST RIOTERS?

WHO IS ORGANIZING THE ANARCHO-COMMUNIST RIOTERS? 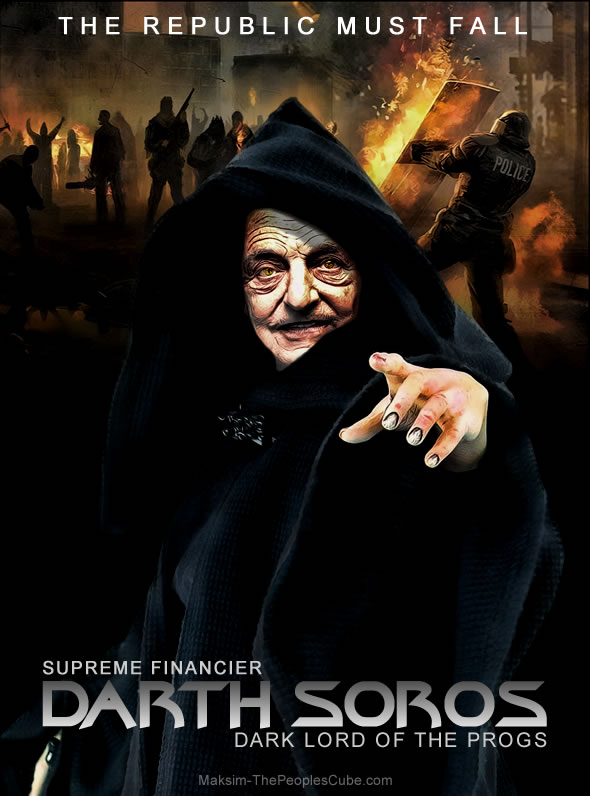 The Death-by-Cop of George Floyd in Minneapolis was grotesque, a clearer example of police brutality that has otherwise rarely been filmed for all to see.

Even if, as has been reported, Floyd did not die of asphyxiation or strangulation as it appeared, his death was without a doubt caused by that officer’s cruel and unnecessary action and the inaction of his fellow officers who stood by and watched.

That officer has been charged with third degree murder and the other officers have been fired.  Judicial due process will ensue, both state and federal.  In the meantime, that the people of Minneapolis have turned out to protest is understandable.

What is not comprehensible is the destructive actions of so many.  Is it really the citizens of Minneapolis who have set the city on fire, burning down small businesses as well as the police precinct building, libraries, etc.?  Who are those masked men in black with secret-service quality ear-pieces, military grade gas masks and backpacks full of Molotov cocktails?

They are very likely professional rioters, recruited, transported and paid by the likes of some George Soros front group or other anonymous Cloward-Piven devotees who share Soros’ hatred of America and want to see this nation bought to its knees.

Panic over the virus was waning. These orchestrated riots across the country are the next ploy.  Someone is organizing this madness.  Someone is supplying the most lethal rioters with all the accoutrements of conflagration and moving them into place to all the affected cities.

That all costs a great deal of money.  Antifa owes its funding to Soros as do the more violent branches of Black Lives Matter.  These players seem strangely secure that they will not be arrested or that if they are, they will be quickly released.

These upheavals seem to occur only in Democrat-run cities:  Philadelphia, Baltimore, New York, Los Angeles.   It is easy to see why after seeing the mayor of Minneapolis called back the police and National Guard giving the vandals free rein to destroy his city.  His concern was that they be masked so as not to spread the virus!

The leadership of Baltimore did the same in 2015; “Let them have their space” said then-Mayor Stephanie Rawlings.  The riots in Ferguson in 2014 were exacerbated by President Obama and Eric Holder, who, as was their habit, immediately blamed the police which had the effect of giving permission to angry citizens to act out in the most destructive ways.

Rioters in that city also burned the businesses owned and operated by their neighbors.  They burned the markets they regularly patronized.  The rent-a-mobs get the action going and the suddenly mindless residents join in to destroy their own community.

What is happening all over America these past several nights is not about George Floyd.  The rioters are using his death to embark on rampages, to loot small and large businesses alike.   These are not protests.  What we are seeing is mass thievery under color of protest.  Chances are if the looters in Los Angeles were asked “who was George Floyd,” they would not have a clue nor would they care.

Democrat-run cities have long valued “social justice” (different standards for different groups) and identity politics over lawfulness and basic values. This is what you get when deviancy has been defined down so egregiously that we have citizens behaving like animals.

The looting in Los Angeles, all filmed from above, continues unabated and without police presence.  Businesses that have been shuttered for two and a half months are now being completely destroyed, their merchandise looted.  Where is Mayor Eric Garcetti?  Making sure no one walks on dry sand.

No matter how much the media loves to fan the flames, indicting America as a racist nation and blaming Trump for every single thing they can, these riots have nothing to do with race beyond it being a convenient excuse for criminal behavior.

Those rioting, setting things on fire, smashing store windows and looting businesses are black, white, and Hispanic; they are a conglomeration of races, but are all thugs without a shred of decency.

Perhaps the people pulling the strings of these riots think this level of anarchy will be blamed on President Trump but it is more likely that it will ensure his re-election.  These things do not happen in Republican-run cities.  They happen in cities whose leaders are actually racist but fear being labeled as such so they step back and reveal their own bigotry of low expectations.  It’s tragic for their cities and for their citizens from whom they instinctively expect criminal behavior.

George Soros is most likely funding much of the chaos and is delighted by what he sees.  Now we are all seeing the consequences of the tyranny of political correctness, that amorphous decree that common sense has been outlawed and nihilism is the order of the day.