WHERE THE SOVIET UNION STILL EXISTS 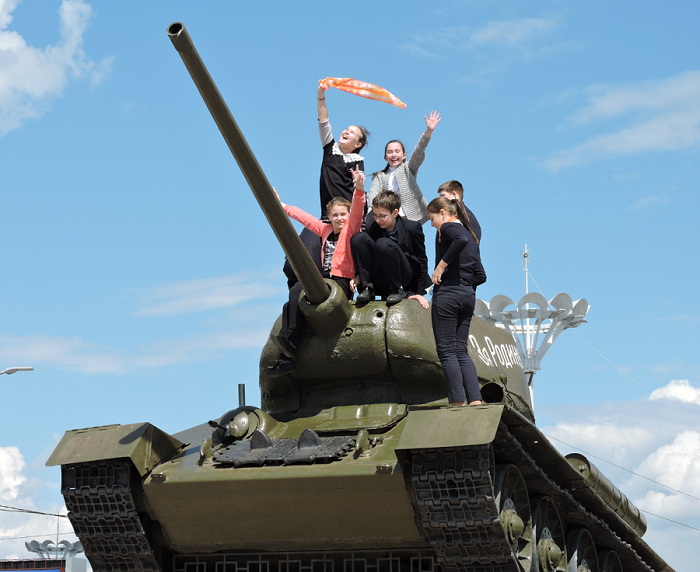 Welcome to Transnistria, where Lenin still lives. The strangest country in Europe is a narrow sliver of landlocked land along the east side of the Dnieper River sandwiched between Moldova and Ukraine. When both declared independence as the Soviet Union broke apart in 1991, the people here decided they were still part of the USSR even though it had ceased to exist.

The half-million Transnistrians are still pretending their country is a Soviet Socialist Republic. Lenin statues abound, the hammer & sickle is on their flag, the state media broadcasts stories about “glorious Soviet history.” Meanwhile, Transnistria’s economy is doing well thanks to bountiful Kremlin subsidies and as a haven for the Russian mob. In the capital of Tiraspol I saw Beemers, Bentleys, and even a Corvette Sting Ray cruising the streets. Restaurants and bars are packed. Kids are well-dressed. That’s a gaggle of them you see above happily playing on a Russian tank in a park.

Maybe it’s all kind of a funny game to everyone here. As an American I was welcomed with smiles. You will be too if you visit – it’s a truly unique experience! (Glimpses of Our Breathtaking World #69 photo ©Jack Wheeler)