WHAT TRUMP HATH WROUGHT IN THE MIDDLE EAST 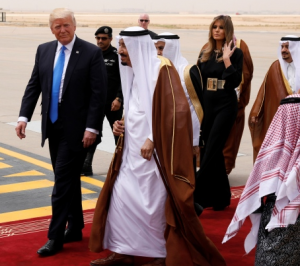 Soon you’ll be safer from Islamic terror in the Middle East than in Europe.

Something wonderful I never thought I’d live long enough to see is happening: For most Sunni Muslims, the Dar al Harb is no more.

The Koran divides the world between the Dar al Islam (zone of peace), and the Dar al Harb (zone of war). War is to continue until all submit to Allah.

Since May 21st, however, peoples of other faiths no longer are to be regarded as “infidels” to be killed, conquered, or treated as second-class citizens (dhimmis), the leaders of nearly all Sunni majority countries declared during President Trump’s visit to Saudi Arabia.

That Saudi Arabia is driving the long overdue reformation of Islam is especially significant. ISIS and al Qaida derive their ideology from the Wahabbi/Salafi sects (there are distinctions between them, but no real differences).

Wahabbism is the traditional religion of Saudi Arabia. When even Wahabbi clerics preach tolerance and emancipation for women, a tectonic shift is under way.

Credit for this halcyon reformation belongs chiefly to the Saudi royals who made the gutsy decision to yank their society from the 7th Century to the 21st.

A U.S. president is responsible.

Israel was the only country Barack Obama treated as an enemy. But Zero’s dalliance with Iran was an existential crisis for Saudi Arabia too.

Thanks to Zero’s de facto alliance with Iran, for most of the Obama administration Israel and Saudi Arabia were de facto allies. I had no idea they’d become real friends.

Watch this – it will blow you away.  It certainly blew away the terrorist:

Well trained Arab commandos have put these super weapons to good use in Iraq, Syria and Yemen.

The Israel-Saudi/GCC/IMAAT alliance is on the cusp of victory. 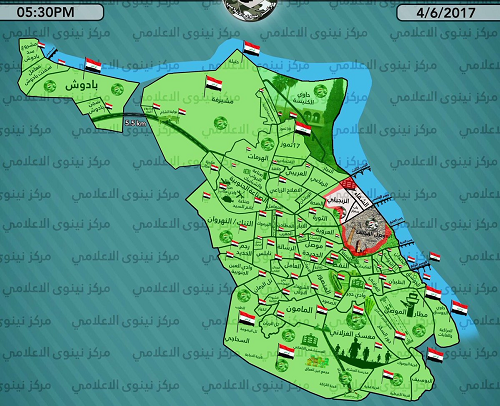 *The US-supported the Syrian Democratic Forces assault on Raqqa, capital of the ISIS mini-state, began today (6/06).

The SDF is secular and democratic. Many fighters are women. The SDF didn’t exist before October, 2015. Originally comprised almost exclusively of Kurds, SDF fighters are now 60 percent Arab.

The leaders of most Islamist groups in Syria have been quietly, skillfully assassinated.

“Annihilation” tactics will be used in the assault on Raqqa, said Secretary of Defense James Mattis.

“Our intention is that the foreign fighters do not survive the fight to return home to North Africa, to Europe, to America, to Asia,” Mattis said. “We’re going to stop them there and take apart the caliphate.”

Mattis was describing the strategy of the coalition we are assisting, but in which we do not call the shots.

President Trump quietly is helping a lot. This photo of a B-52 was taken as it flew over Mosul last week.  The roughly 5,000 U.S. troops in Iraq and Syria have been integrated with the Iraqi Army and Federal Police, and the SDF.

We aren’t trying to do the job ourselves, or telling Arabs what to do, or “leading” them. We’re helping our new best friends do what is in our mutual interest. This is how President Trump avoids the pitfalls President Bush fell into.

*After Raqqa falls, the next step will be to force Syrian dictator Bashir Assad into exile, Secretary of State Rex Tillerson said April 9.

Assad may be in Russia (or Hell) by Labor Day.

*Another defanged slimeball is Turkey’s Islamist dictator, Recip Erdogan. When Raqqa falls, his dreams of being caliph of a reconstructed Ottoman Empire will be toast.

And it will be harder for Erdogan to push around the Kurds, because Trump is giving them lots of guns.

What happened in London last weekend reminds us our new best friends are more valuable than our NATO allies (save for Britain), because the Saudis et al don’t make excuses for enemy terrorists. They kill them.

Nearly all NATO allies renege on their pledge to spend just 2 percent of GDP on their own defense.

The Saudis agreed to buy $110 billion in weapons from the United States – our biggest arms sale ever.

The Saudis opened a joint center to combat terrorism. An Arab NATO formally was created during the president’s visit.

Saudi Arabia and the United Arab Emirates pledged $100 million to an international fund to help women start businesses. Did you see that coming?

And yesterday (6/05), the Saudis together with Egypt, the UAE, and a number of other Islamic states severed their ties with Qatar for its support of the Moslem Brotherhood and ISIS – a move that was supported by President Trump today (6/06).

After the ISIS mini-state is crushed, the threat of terrorism here is likely to increase for a time, because Islamists will relocate to Europe.

Our safety may hinge on whether leftist judges continue to thwart measures President Trump takes to protect us.

But it’s more likely Islamist terrorists will fly in from Europe than from the Middle East.

The earth is shifting beneath their feet, but our biased, lazy, incompetent news media haven’t a clue.

Could the spectacular changes in the Arab world be happening if Obama’s dalliance with Iran hadn’t thrust Israel and Saudi Arabia into each other’s arms?

Zero’s feckless foreign policy showed our allies they were on their own, how ugly things can get when America “leads from behind.”

Did it take terrible bloodshed to make Arabs sick enough of it to embrace dramatic change?

“To every thing there is a season, and a time for every purpose under heaven.” (Ecclesiastes 3:1 KJV).

As I reflect in awe on the miracles in the Middle East, I think about that verse – and this song:

The Almighty is in control. A time for peace is at hand.  Is He using Donald Trump as His instrument to achieve it?