2 The Point News » Guest Authors » Members Only » WHAT IS TO BE DONE? A BLUEPRINT FOR TAKING OUR COUNTRY BACK

WHAT IS TO BE DONE? A BLUEPRINT FOR TAKING OUR COUNTRY BACK 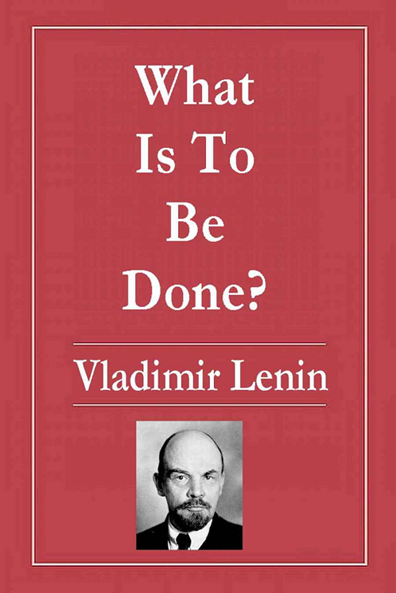 “What is to be done?” That’s been the cry of revolutionaries from time immemorial: the malcontents, the aggrieved, the misfits, the morally wretched.

From the beginning of the modern “progressive” movement—which occurred around the time that Jean-Jacques Rousseau published “The Social Contract” in 1762, adumbrating the French Revolution—to the uprisings of 1848 across Europe, through the advent of “scientific” Marxism and the horrors of those deformed twins, Soviet Communism and German National Socialism, the same desire to inflict punitive misery has marked nearly every Leftist “revolutionary” movement.

For all their talk of “the people,” however, Leftist revolutionaries hardly ever spring from the people or have them on their side. The people prize stability and order; the Left welcomes chaos and anarchy as their path to totalitarianism.

Leftists are, by definition, minorities in their own countries, generally drawn from the intellectual vanguard, and very often—because their ideas are so ridiculous—not taken seriously until it’s too late.

They think of themselves as elites, and they mean to continue in that status long after their revolution is effected.

Adept in operating the levers of power once they attain them, however, they quickly bring “the people” into line with a program of terror and brute force—the American Revolution was history’s most notable exception—and henceforth do all of the people’s thinking for them.

Only then do the people understand that the question, “What is to be done?” refers not with their former overlords, but with themselves.

If and when Leftist movements are overthrown, it’s not by other elites, but by the very citizenry for which they presumed to speak: the proletariat, the working man, the average Joe. Or, as Leftists view them, the schmucks and suckers.

As we sit here, six months into the disastrous Biden administration, the question is finally becoming evident to even the most politically disinterested American.

The quality of life in the big blue cities has deteriorated markedly. The cost of gasoline has doubled overnight. The petty restrictions imposed unconstitutionally on the electorate are still insisted upon in many places.

Proof once more that tyranny isn’t primarily about rounding up folks and shipping them off to camps, but about insisting that they conform to the most picayune and counter-factual ukases, just to illustrate their powerlessness.

The very fact that you still must wear a slave muzzle to enter a federal building is a visible sign of your continuing humiliation and subjugation. And the manic insistence that everyone in the United States be forced to undergo the largest unsupervised medical experiment in history ought to tell you all you need to know about the “vaccines.”

My body, my choice? Forget about it, comrade. It’s “my body, their choice.”

The first order of business is to control the GOP and make it conform to the will of the people by expelling via primary every Republican who voted to impeach or convict Donald Trump during the two impeachment farces.

That’s what you call a litmus test.

Trump ran and won the presidency in 2016 on a promise to “drain the swamp,” but his administration was sabotaged from the start not simply by the Democrats and their lackeys in the corporate media, but also by revanchist members of the GOP, as well as members of his own family, whose disastrous advice he unwisely heeded right to the bitter and ugly end of his term.

With his MAGA allies mostly gone by the end of 2017, the president had no one to effectively manage his reelection campaign; no one to tell him his supererogatory rallies accomplished nothing.

For the real issue of Trump’s reelection was stopping the wholesale and illegal rewriting of election laws under the cover of the needless COVID-19 panic—which was where the election would be won or, as it turned out, lost.

The ridiculous current result is, six months into the Biden campaign to destroy America, there’s still a struggle for control of the GOP.

Which means, with Trump sidelined by the monopolistic social media—something the current incarnation of the Grand Old Party shows absolutely zero interest in investigating or remediating—the burden now falls upon the voters to take matters into their own hands at the ballot box.

This can only be done by pressuring state legislatures to do their constitutional duty and “reform”—once and for all—state election laws regarding voting. To that end, the only principles conservatives should accept are one man, one vote, in person, on Election Day, in public, with ironclad voter identification.

Absentee ballots should be limited to overseas military or diplomate personnel only—if you’re out of town or even the country, that’s your choice. There should be no “ballot curing,” drop-off votes, early votes, or judge-mandated late votes.

In fact, judges should have absolutely nothing to do with voting.

After all, if that hands-off principle is good enough for the Supreme Court, which turned down the state of Texas’s last-ditch attempt to force the court to live up to its enumerated Constitutional powers on the grounds that the state lacked “standing,” it ought to be good enough for your local corrupt Democrat machine-elected or appointed black-robed hack.

Meanwhile, the ongoing audits of the 2020 vote in Arizona and other swing states will almost certainly not “overturn” Biden’s election—that way leads to civil war—but they might provide a helpful road map for Republican legislatures to re-assert control over their states’ elections so that it both shames the Democrats and ensures that they can’t pull such a brazen, Tammany Hall stunt again.

To summarize: Step one is to imitate Lenin and take total control of the party. One is tempted to say “by any means necessary,” but that’s a communist slogan whose time hasn’t yet come.

But with the nation-as-founded under attack via the Frankfurt School philosophy of “critical theory,” neither is this a time for sentimentality about your grandfather’s Democrat or Republican parties, or the imputation of any goodwill toward the other side.

The Democrats of FDR and Harry Truman died with George McGovern and the revolt of the Baby Boomers in 1968–72, and they aren’t coming back.

The next step, of course, lies in electing the right candidates at the state level in order to send a rebuke to the Robinettes and their Twitter chirpers on social media and to take back Congress in 2022.

Unless we allow the Wuhan-rigged voting system to stay in place—are there no Republican lawyers?—both the House and, especially, the Senate are ripe for takeover. Surely, for example, Raphael Warnock, who’s up for reelection in 2022, has little to no chance at keeping his Senate seat, should there be an honest election in Georgia.

One yuge wild card is Speaker Trump?  His running for a Florida House seat with the stated goal of Pelosi handing him the Speaker’s gavel on January 3, 2023 upsets the entire Democrat 2022 apple cart.

Yet in any regard, Pelosi’s hold on the House can’t continue with her mere handful-of-seats-majority  to be swept away in any honest election outcome.

But what about the big prize? Will there be a Trump “restoration” in 2024? Can a 78-year-old former president with dragon energy defeat a doddering, drooling octogenarian incumbent?  Rhetorical question.

So will the Man from De Mentia step down in favor of his wildly unpopular vice president, a woman by happenstance born in the United States, but the child of two foreign nationals and raised in Canada to boot? Kamala Harris is the very definition of a non-“natural-born” citizen and it would be interesting to hear her claim otherwise.

The 2024 bottom line is exceedingly bleak for the Democrats.  All we have to do to effect that is what is to be done.

Michael Walsh is the author of “The Devil’s Pleasure Palace,” “The Fiery Angel,” and his latest book, “Last Stands,” a cultural study of military history from the Greeks to the Korean War.