2 The Point News » Guest Authors » Members Only » WHAT IF THEY HAD AN INAUGURATION AND NOBODY CAME?

WHAT IF THEY HAD AN INAUGURATION AND NOBODY CAME? 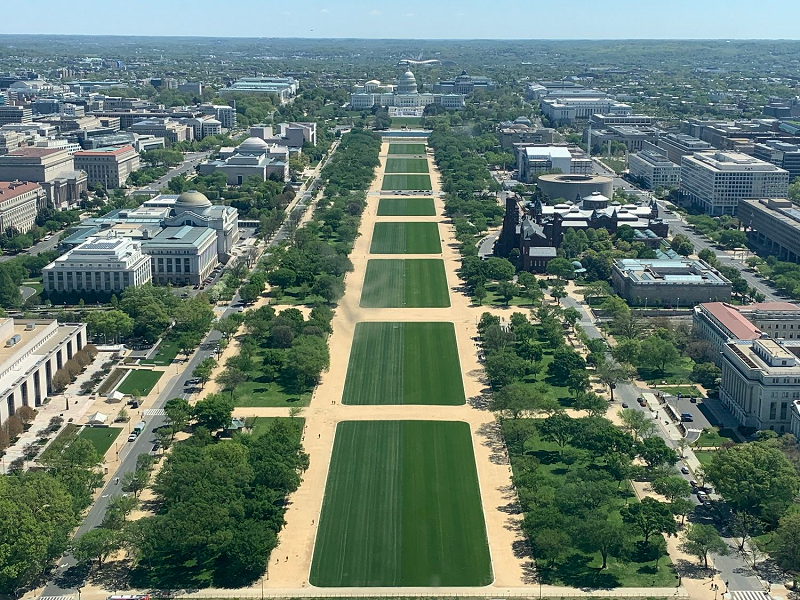 The increasingly fascistic American Left is setting a trap for the rest of their fellow citizens—often termed “deplorables,” but more appropriately dubbed “normals” —by warning that we intend violence all over the country during ’s Joe Xiden’s inauguration.

This is nonsense, of course, but any kind of demonstration can be declared violent by a complaisant media or, more ominously, manipulated in that direction by provocateurs, with the slightest incident magnified beyond recognition.

Part of their intent is clearly to undermine the Second Amendment—actually to disarm us.

Another part is to justify yet more censorship and “canceling,” furthering their assault on the No. 1 principle that makes America America: freedom of speech.

Do not fall for it. There is a much better way to protest the inauguration.

Don’t protest the inauguration in any way, not in Washington, not at your state house, nowhere. Ignore the whole thing. Don’t even watch the event on television or stream it on any of your devices.

Let Bret Baier blather away all by himself, with or without Martha McCallum. That means no Newsmax or OAN, too.

And, especially, do not watch their “Virtual Inaugural Parade.” Turn it into a ratings disaster.

You must have something better to do, such as fixing that leaky faucet in the guest bathroom once and for all, or finally installing that second peg board in the garage that’s still in its shrink wrap.

Put another way: Suppose they gave an inauguration and nobody came?

This is the proper way to protest this particular inauguration, a just response to a stolen election with serious allegations of fraud that were never remotely investigated, not even for the paltry 10 days proposed by a handful of senators as a last resort.

A presidential inauguration is a celebration of democracy. There is nothing to celebrate here.

The proper visual image of this inauguration should be a cluster of lonely Democrat politicians and their media friends surrounded by … nothing … emptiness.

So what do we do now?

Just this week, speaking of violence, we learned the lead attorney for one of their most “sainted” outlets, PBS, wanted to throw Molotov cocktails at the Trump White House and have our children taken away by the Department of Homeland Security, Chinese Communist Party-style, to re-education camps.

It’s just more evidence so many in the Left have already earned their MP degrees, as in Masters of Projection.

So, patience, grasshopper, this isn’t the time for demonstrations. That time will come. Give them a chance to hang themselves a little more, because, like the PBS attorney, they surely will.

They’re only just getting started. Give them a month or two in power and watch what happens.

Now is the time for us to organize, to understand on whom we can rely and whom we can’t. They’re revealing themselves every day.

We are, after all, half the country—and likely to be more than half soon enough because our ideas are so much better and they are getting the opportunity to put their wretched ones into action.

There will be a time—not far away—for demonstrations. Big ones.