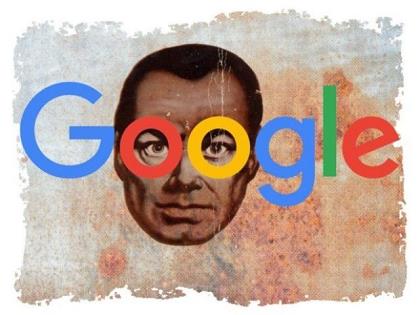 It’s time for all of us to admit that Alphabet, Inc. is the 21st century equivalent of Ma Bell: it is an almost all-controlling monopoly that restricts consumer choice in order to maximize profit for the company.

We all know what Ronald Reagan did to AT&T. He broke up that monopoly so Americans could have real choices and the free market could actually work.

So it’s time for the Trump Administration to break up the Alphabet, Inc. monopoly. But unlike the Ma Bell monopoly, Alphabet, Inc.’s monopoly—which includes the search-engine behemoth Google—isn’t just about greater competition and more choices for the American people.

It’s about so much more: free political discourse and our privacy rights as citizens.

Last week in Washington D.C., the House called in Google CEO Sundar Pichai to question him about the bias against conservatives at his company, but also about data privacy and Google’s plans for working with China. Every one of those issues should trouble every American.

The mainstream media, as the mindless propagandists of the deep state and Democrat Party, are still trying to maintain the miserable hoax of Russian collusion to cover up their own misdeeds and incompetence in the 2016 election.

Yet they are willfully ignoring Google’s role. Google employees and executives were caught discussing in leaked emails their desire to boost turnout and manipulating information flow in the 2016 elections in order to hinder candidates they opposed and support others.

This is more far-reaching and frightening than Russia taking out small ad buys on Facebook.

Google’s method censoring certain beliefs isn’t something new to the corporation or merely drawn out by the passions of the 2016 contest. Though most Americans aren’t aware of it, Google has been cutting deals with foreign governments to censor and “cooperate” for years in order to make more money.

Google cut deals with the German and French governments a decade ago to share information about far-right political parties and organizations with federal law enforcement.

And this from a company that is likely collecting more personally identifiable data on individuals every day than any other entity in the entire world. If you were concerned about the NSA’s data collection on American citizens, how could one not be horrified by what Google is doing?

We need to understand that Google is not loyal to any nation-state. Apparently it wants nothing to do with our Department of Defense, which means it is not aligned with our national defense and security issues because it considers itself a multinational global company, not an American one.

While it is refusing to do work with the Pentagon, it’s been cavorting with the world’s largest authoritarian police state in China. China, by far the biggest threat to the United States, has been clear about its goals and hopes of replacing us on the world stage.

Pichai denied any plans to launch Project Dragonfly, the censoring and invasive search platform that Google, according to hundreds of reports, has been building for the Chinese Communist Party.

But does anyone really believe him? Google clearly has no problem censoring on behalf of foreign governments, as its past behavior has shown, so why should we believe what it says in regard to China?

The relationship between Google and China becomes even more troubling in the greater context of where we are headed with the Internet of Things (IoT) and even greater connectivity.

Many Americans are placing these smart devices in their homes, from Alexa to Nests to smart fridges, Apple watches, Fitbits, even smart light fixtures, in hopes of making their lives easier. By some reports, there are already 8-9 billion smart devices in the world with that figure likely to exceed 20 billion in the next few years.

What’s becoming clear is that the IoT at scale has not truly been considered: the amount of data generated in individual homes, every day, will be staggering.

Most Americans are not prepared to handle and manage the flow of data that will be coming out of their homes. Most will be unable to tell anyone where that personal data is going or what it’s being used for.

They won’t know whether their smart device is actually “plugged” into a Chinese IoT platform like Tuya, which already has a significant market share in the IoT space and of course has close ties to the Chinese government.

We have to remember that for every good use of smart devices and data, there is a nefarious use as well: personally identifiable data combined with data mining and analytics opens the door to all sorts of shenanigans. There is always a flip side of the coin. With a little creativity it’s not that hard to imagine some of the things that can be done with data and manipulation.

That company, already collecting the most personal and identifiable data in the world, is not transparent about what it’s doing with the data, and is positioned to become even more powerful in the new world order that the IoT is going to usher in.

Now combine that power with the power of the world’s largest police state—China—which is also the world’s second largest economy and which has flatly stated it seeks to displace the United States. What could possibly go wrong?

To be blunt, everything.

Trump is absolutely correct to be confronting China in this moment: if Trump had not decided to confront China, a generation from now we would have regretted it as we became, for all intents and purposes, a tributary state of China’s.

In the same way that Trump is confronting China, he must confront Google and the other tech companies. Some, like Alphabet, Inc., must be broken up. Others must be redefined properly for what they are: publishers and telecommunications companies.

Trump needs to succeed on China and on the tech companies: the freedom and future happiness of the American people literally depend on it.

Ned Ryun is the founder and CEO of American Majority.