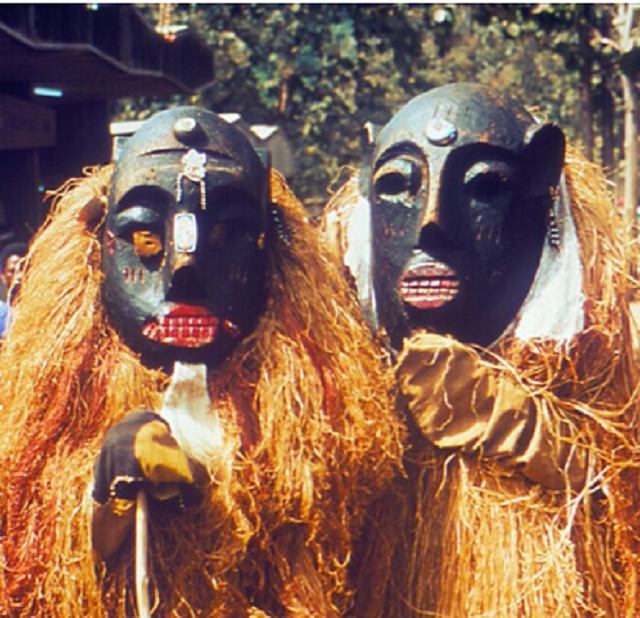 Our best minds have spoken

News reports inform us that Covid cases are rising exponentially, particularly in the U.K., which has reportedly enjoyed the most successful vaccine rollout on record thus far, with about 85 percent of the population receiving a first dose and 62 percent receiving two.

Yet no connection is made between a massive vaccination program intended to reduce or prevent the spread of infections and the fact that cases are said to be skyrocketing. The vaccines are extravagantly touted as reliable antitoxins; at the same time the disease apparently continues to surf from wave to wave and variant to variant.

Meanwhile, the World Health Organization has stipulated that fully vaccinated people should keep wearing face masks and practicing social distancing in order to prevent new variants of Covid-19 “even though Covid deaths have not surged.”

Cases are up, fatalities down, which latter may be owing to the gradual acquisition of natural herd immunity. The rash of new cases may be partially attributable to the kernel choice of high test cycles, which will often reflect residual genetic material, such as junk or dead virus, rather than a peak in viral infections.

Despite these odd discrepancies in recommendations, we are still counseled that the vaccines work, which does not prevent the authorities from declaring that the disease is spiking. The two obvious reasons for this contradiction are never mentioned or even recognized:

1. The vaccines are ineffective, mere panaceas. The limited trials were flawed as nobody was exposed to the virus during the relevant studies; indeed, the actual numbers show there is no such thing as a miraculous vaccine. Pfizer math purporting trial success rates has been shown to be radically unconvincing if not deceptive.

In any event, whether the vaccines are effective or not, they are clearly not safe. Adverse symptoms will routinely be blamed on “anxiety” or some other emotional reaction, or some pre-existent medical condition. As Stacey Lennox writes discussing traumas of this nature and the staple explanations adduced by professionals, “There are no words strong enough to describe how cynical and dismissive these medical providers are.”

2. The surge in “cases,” predictably assigned to the always timely arrival of new mutations, may be the result, as dependable sources have claimed, of the vaccines themselves via a condition known as antibody-dependent enhancement.

Prominent French virologist and Nobel Laureate Luc Montagnier, the bête noir of the leftist establishment, contends that mass vaccinations are “an unacceptable mistake… they are creating the variants.” The virus is cleverly adaptive and will find a way to circumvent the vaccines or, as noted, even use the vaccines to aid in adopting new forms.

Similarly, the top-tier medical journal Vaccine has warned that the vaccines may exacerbate rather than attenuate viral infections, and remains skeptical of their viability. Additionally, previously infected persons who have been vaccinated, warns Pennsylvania immunologist Hooman Noorchashm, could suffer a “re-ignited critical inflammatory disease or blood clotting complications.”

Not to be denied, the media and official organizations will argue that growing case numbers are attributed to the stubborn resistance of a minority cohort of anti-vaxxers. The W.H.O has even now called the unvaccinated “Covid variant factories” who may prolong the pandemic, an assumption there is no way of proving but which is obviously intended to lay the groundwork for future vaxxports.

Moreover, given the vast numbers of vaccinated people who are or should be immune and the fact that young and healthy people are naturally resistant to serious complications, the assumption is highly implausible. Nonetheless, the conjurations and hexings proceed apace. The shamans and medicine men have spoken.

The palpable fact is that the vaccinated, who are now presumably shielded, should have no fear of the unvaccinated. It doesn’t seem to matter. I have met many of the jabbed who diligently avoid those who have demurred—even close relatives—though if the vaccines they swear by were potent, they should clearly have acquired immunity and be assured of their security.

They are confident, yet frightened, a perfect instance of cognitive dissonance of which they remain unaware. And there’s the rub.

Such people are not governed by reason but by a species of magical thinking, a kind of voodoo conviction. Despite whatever inner tremors they feel or doubts they may have struggled to suppress, they insist on the soundness of the vaccines and rush to the inoculation booths. These confections are like magical elixirs, bunches of dill or lavender laid at the door to keep out demonic beings, or talismans affixed to the lintel to ward off the angel of contagion.

If the sorcery doesn’t work, it could only have been improperly invoked or may demand a more powerful form of juju. After all, the signs and portents are everywhere. Time for a booster, and then another, ad infinitum.

The U.K. has already announced a third jab for vulnerable populations to be offered beginning in September. Johnson & Johnson may require annual vaccine shots—even though longitudinal studies are years from completion and the vaccines remain in the experimental stage.

We are an advanced society, a highly civilized and increasingly secular people. On the surface this is true, but in essence we are as primitive and credulous as our stone age ancestors. Magic, not reason, remains the psychological default.

Amulets and incantations will keep us safe, our tribal elders are repositories of arcane wisdom, our witch doctors are acknowledged to be clinically infallible, and the practice of exorcism will banish the evil spirit that has possessed us. A passion for the occult supersedes the reliance on reason and common sense.

As Amelia Janaski observes in the American Institute for Economic Research, in regard to the issue of “excess deaths” owing to bungled COVID policy responses, “epidemiological models have largely failed to predict real-world outcomes… plans often end up based on a pretense of knowledge rather than real-world evidence or understanding.”

This is certainly true not only with respect to mask mandates and periodic lockdowns but equally to what has become a therapeutic obsession, to wit, the prevalent vaccine cult and fetish. We believe in the enchantment of “models” and the charm of cryptic statistical artifacts the way we believe in the apotropaic magic of totems and idols. Vaccinology carries the day.

We might say that we are idol worshippers, votaries of Francis Bacon’s four Idols of false reasoning and superstition, laid out in the Novum Organum: the Idols of the Tribe, The Cave, the Marketplace and the Theater.

Proneness to idolatry is par for the human condition, as is the susceptibility to magical thinking. But in the present age and, especially, in the “Covid moment,” idolatry and magic have become psychological vectors that govern our response to the real world. And, as always, and to our detriment, reality will have the last word.

David Solway is the author of Notes from a Derelict Culture, and Reflections on Music, Poetry, and Politics.