THE UNSPEAKABLY DUPLICITOUS COWARDICE OF THE REPUBLICANS IN CONGRESS 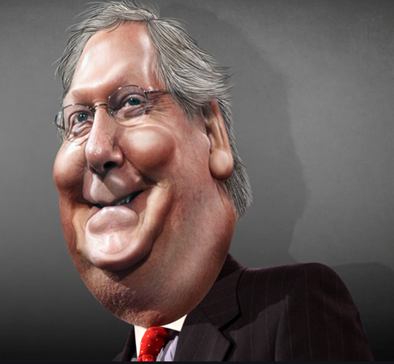 While there are a few exceptions who need to be celebrated — Ted Cruz, Ron Johnson, Matt Gaetz, and Jim Jordan, to name the most prominent of the heroes — the rest of the Republicans in Congress are abject cowards.

So anxious to go along to get along with the establishment they were oh, so comfortable with, they have been and are willing to betray their constituents to regain their access to power and money.  Forget representing the people; they represent themselves.

President Trump is the best man for the party to come along since Reagan, and they are nearly all ready to throw him under the bus.  It is disgusting.  No conservative should ever again donate a dime to any of the traitors who claim to hold conservative values.

Very few of them do.  Even McConnell of the Senate and McCarthy of the House are working to undermine Trump’s legitimate attempt to expose the massive election fraud that took place on November 3.

Do these traitorous Republicans think we have short memories?  That we will forget or not notice who among them is not fighting for the landslide victory that Trump clearly won?

There are volumes of evidence that prove beyond all doubt that the Democrats cheated in the swing states.  The left denies it; our Judiciary, including the Supreme Court, is complicit in the crime of stealing the election.  The Justics too are cowards.

John Roberts should never have been elevated to chief justice; he is clearly a politically motivated hacktivist, not a constitutionalist.  He should admit his bias and resign.  He is a disgrace to the Court.

So are the three justices President Trump successfully got onto the Court.  Not one of them has had the courage to stand up for what is right regarding the election fraud.  Each of them is a profound disappointment to every conservative who supported their confirmation to the court.

A.G. Barr has been an enormous disappointment.  Perhaps he was installed by Trump traitors to do what he did — nothing.

Now the Democrats are salivating over the prospect of “changing the world” with the run-off elections in Georgia.  The anti-American globalists like Schumer, Obama, and Kamala Harris mean to destroy the U.S. as founded and to implement their totalitarian vision of a one-world government, a tyranny à la Orwell’s 1984 and Animal Farm and Kafka’s The Trial.

But our elected Republicans stand aside and do nothing.  They work against us, against the best president we’ve ever had.  Trump’s “drain the swamp” campaign has all their panties in a twist.  The swamp enables them all to reap millions of dollars in personal income.

Biden is the ultimate swamp-dweller.  He is the most corrupt member of Congress and has been for fifty years.  If he is inaugurated, there will hell to pay by every American, for Biden is owned and will be manipulated by China.  Biden’s Cabinet appointees are as well; that is why they’ve been chosen… by China.

How can we explain the contemptible cowardice of nearly all of the Republicans in Congress?  Democrats lie, cheat, and steal and then defend their lying, cheating, and stealing.  At the moment, the Democrats are pretending they did not orchestrate the massive electoral fraud to defeat Trump.  Everyone knows what they did, even if they won’t admit it.

They very likely cheated in 2016 but underestimated Trump’s popularity and Hillary’s unpopularity; he won despite their algorithms and programmable vote machines.  Few Americans will ever see Joe Biden as the legitimately elected president because he clearly was not.  Even 30% of Democrats know that the election was stolen.

The left will find a way to dispense with him soon enough, and Kamala Harris will be the face of the third Obama administration, the presidency that did more damage to America than any other in U.S. history.

Obama was behind the Russia collusion hoax, the veneration of BLM and Antifa, critical race theory, the primacy of gender dysphoria, and every other bit of identity politics/cancel culture nonsense that has sorely afflicted our once great nation.

Barack Obama set race relations back fifty years…on purpose.  Sad to say, but Obama was a blight upon America, which is exactly what he set out to be.  He succeeded.

The anti-American sentiment that has captured the minds of the left has done horrific damage to this nation.  The fifty-year Marxist takeover of American education and the media has been sadly successful.

Young people, a majority of them, anyway, are unable to think critically, for they have been carefully indoctrinated with the main pillars of the left: the primacy of skin color, sexual orientation, victim status, and anti-Americanism.  If one strays from the party line, he will be cancelled, relegated to outcast status.

The Republicans in Congress would rather be members in good standing of the swamp than do the right thing.  Trump revitalized the GOP like no man since Reagan, yet nearly all of them treat him with disdain.

The courts keep dismissing election lawsuits without even looking at the mountains of evidence.  Peter Navarro has published a report, as has Sidney Powell, so the Republicans in Congress know that the left cheated — via programmable voting machines, fake ballots, out-of-state ballots, dead people — but just a handful of them are standing with Trump.

If they think Trump’s supporters are not paying attention, they are mistaken.  Most will never again send money to the GOP.  One expects men like Mitt Romney, Ben Sasse, Pat Toomey, et al. to be weak, for they have always been weak, but McConnell and even Kevin McCarthy have gone wobbly.  The nearly 80M people who legitimately voted for Trump will not forget their betrayal.  We are disgusted by their traitorous ineptitude.

Trump rose to the office as Lincoln did — precisely when the country so desperately needed such a man — and he did everything he promised to do despite the full-time media war against him.  It will be generations before a person like this comes along again and sacrifices a comfortable life for the American people.

Why would he?  The left will seek to destroy anyone who gets in the way of its Maoist plans for America.

We needed Trump; he did not need to be president.  In the words of Tevye from Fiddler on the Roof, “Wouldn’t now be a good time for the Messiah to come?”