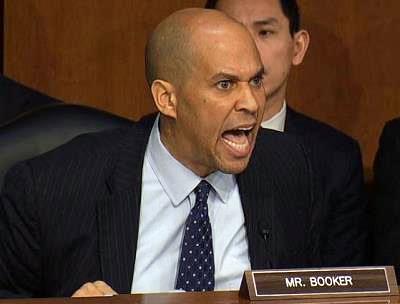 [In 2005 here at TTP, I wrote Infantlizomania, the defining neurosis of liberals, the compulsion to treat adults as children.  Now we see Democrats are infantilizing themselves. –JW]

Ever wonder why, while watching the Kavanaugh hearings, you thought you were peering through a keyhole at a particularly unruly and infantile kindergarten class with the teachers off on a two-hour bathroom break?

Think no further than our college campuses today.

That’s where so-called Social Justice Warriors rule the roost, isolating themselves in “safe spaces,” pushing “trigger warnings,” and accusing everybody and his sister of “microaggressions” and “cultural appropriation” while making sure — oh how they make sure — no speaker gets within miles of the premises with a thought that might offend their precious snowflake sensibilities.

If you’re looking for the provenance, for the raison d’être of the Democrats on the Senate Judiciary Committee, why they throw the rule of law, even the simple need for corroboration, out the window, actually laughing it off as completely irrelevant while relying entirely on “feelings” (definitely in quotes) and sex roles out of a gender studies class, it is those Social Justice Warriors.

They are the grownup imitators and wannabes of the juvenile anti-intellectual bigots dominating our campuses, pointing fingers but abjuring concrete evidence as some vestigial figment of white privilege.

That the senators seem fixated on high school yearbooks, of all things — Kavanaugh’s anyway, although Ford’s is just as bad — is but one minor indication of this pervasive immaturity.

It is becoming increasingly clear that the narrow-minded and vengeful atmosphere of today’s colleges and universities has spread across our nation, infiltrating not just the obvious institutions like Hollywood and the media, but also the corporate world that should know better.

Politics is but one stop along the way.  It should come as no surprise then that it has now made it all the way up to the manner in which we choose Supreme Court justices.

The American people — who obviously don’t know what’s good for them — cannot be trusted; neither can the democratic process.

That law schools, like the legendary Yale itself, are intervening in this process on the side of the accuser without reference to the slightest real proof is a sure sign of this creeping yahooism.

What do these soi-disant (self-proclaimed) law students make of the serious issues and multiple inconsistencies in Dr. Ford’s testimony detailed by sexual assault prosecutor Rachel Mitchell? Not much, apparently. (Those who criticized Mitchell’s line of questioning now seem not to have paid attention.)

This metastasizing infantilism is made all the more extraordinarily pernicious by its general acceptance as a norm. We are becoming a country of children who will never grow up, even to the level of senators like Patrick Leahy, who is 78, and Feinstein who is 85.

Schoolyard attacks prevail and never end. Whatever appears in the FBI report at the end of the week will not possibly be sufficient for these people, nor would it be in ten years. But that’s appropriate because they react like ten-year-olds… or Social Justice Warriors.

Speaking of which, SJWs have a term of art called intersectionality, which can be translated as he, she or “zhe” who is judged the greatest victim (i.e. a  blind, transgendered wheelchair-bound albino ) is automatically superior morally and de facto wins every debate.

Note the link is to Webster’s definition, although the Urban Dictionary’s of intersectionality (Bad Language Alert) is far more accurate.

And that – unless Judge Kavanaugh is confirmed –  will be the future of our Supreme Court.