THE SHAKEDOWN THUGGERY OF THE MUELLER GANG OF PROSECUTORS 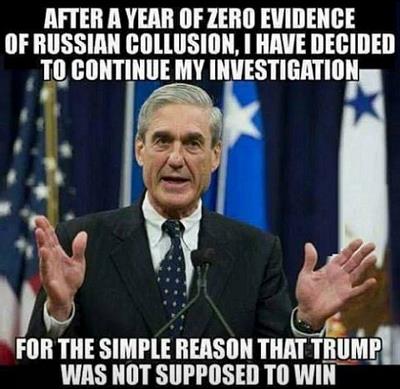 That’s as prosecutors once again work overtime to turn extramarital affairs and the efforts to keep them secret into impeachable high crimes and misdemeanors.

Except it’s worse.  Unable to get the witnesses to compose the stories they want, today’s prosecutors are discovering they can simply compose the crimes by manipulating the pleas of men desperate to protect their families. That never happened in 1998.

The Michael Cohen Sentencing Memo of November 30 took aim directly at both Cohen and President Donald Trump. It was used, unethically, to cast the president as directing a criminal conspiracy to make “secret and illegal” payments.

Sentencing memos are not supposed to use secret grand jury info to point fingers at those who are not being sentenced, but that’s exactly what these did.

One can say today that these New York prosecutors, acolytes of fired U.S. District Attorney Preet Bharra, have learned that the “plea’s the thing wherein to catch the king.”

First, they went after the man, not the crime, and turned up millions in unpaid taxes and some bank-loan misrepresentations by Cohen. At that point, they convinced him to cave for the sake of his family; the trick was to get him to plead guilty to supposedly two campaign finance “felonies,” and then vaguely implicate the president as directing them (which Trump denies).

Despite promises to the contrary from prosecutors, they threw their star witness off the bus anyway, making him the biggest chump in this drama after he hired attorney Lanny Davis and burned all his bridges with his former client.

Once they had the guilty pleas in hand, the prosecutors no longer needed Cohen; they trashed him as a greedy liar and called for substantial jail time.

The reason these two guilty pleas were so valuable is that these prosecutors could not, in my opinion, have gotten them in court. The first payment was not even made by Cohen but by American Media Inc., a bona fide media company with First Amendment protections; it could have decided to use the story that it bought, hold the story, or just prevent some competitor from using the story.

News outlets often hold stories on candidates they like and run stories instead against candidates they don’t like. If such decisions are to be campaign contributions, then every arrangement with any witnesses against or for candidates would have to be scrutinized.

You can see why those in the media companies received immunity and were in no real danger, while the prosecutors used Cohen as their piñata once they had him on tax evasion. The Stormy Daniels payment was made by Cohen, but so late that it never would have been reportable before the election anyway, a fact prosecutors omit.

The 2016 presidential campaign involved more than $2 billion of contributions, and the usual course is for the Federal Elections Commission (FEC) and its auditors to adjudicate issues like this administratively. The last Obama campaign had millions of dollars of misreported information and paid a fine, as is typical.

Let’s also remember that the Steele dossier was paid for by a Democratic National Committee law firm that was used as a cut-out on the FEC forms. Tt is settled law that the ultimate recipient, not an intermediary, must be disclosed in such cases along with the proper use category.

Yet, this complaint has wended its way slowly through the FEC. The law firm has not been raided by prosecutors, lawyer confidentiality has not been broken under the grounds that “oppo” research is not legal work. No one is pleading guilty to felonies.

What revelation would have had greater impact on transparency in the election — that Democrats had paid a British spy to gather dirt on Trump from Russia, or that Trump had a consensual one-night stand?

Perhaps the biggest difference between oppo research and paying for nondisclosure of an affair is that one is definitely a campaign expense and the other is a personal expense not covered by election law.

When prosecutors brought a similar case against former Sen. John Edwards (D-N.C.), they failed to get a conviction and it came out that FEC auditors had determined that the payments from donors to his mistress were not a campaign expense at all.

Ironically, much of campaign expenditure law is about trying to prevent candidates from using campaign funds for their personal expenses and, generally, paying paramours to keep quiet would be considered a personal expense, not one that could be paid for with campaign contributions or federal matching dollars.

Under this new theory, would every payment to a mistress who was keeping quiet about an affair now be a reportable campaign contribution? Or payments to an out-of-wedlock child? Or a high school classmate who has an embarrassing story?

And what about the 268 settlements reached on behalf of congressmen and paid for by taxpayers? Are all confidential settlements done in election years now illegal campaign contributions, so that we need to lock up scores of congressmen on felony counts? No doubt keeping them secret was critical to their elections — and many of those settlements, unlike Trump’s alleged behavior, included illegal elements.

The New York prosecutors also go on a laughable diatribe about the sanctity of election laws and transparency. Really? From folks who operate in secret by threatening people into what they want after they find a weakness?

I am hard-pressed to believe that the stories of brief encounters with these two women, neither of whom claim any harassment or abuse, would have had any effect on the election in the first place. They would have primarily hurt Trump’s wife and children, and it’s only because of the election and declining media standards that these women had increased marketability for their stories. These are personal expenses that Trump, a frequent target of such schemes, would have likely made anyway.

Step by step, the special counsel and New York prosecutors are showing that they regard Trump protégés as little more than pawns in an all-out effort to remove the president.

This is no honest inquiry respecting the will of the people. Never before has an administration, a family and a campaign been treated in this fashion by prosecutors who have created far more crimes than they have found.

I, for one, don’t believe we can allow our democracy to operate this way, ever. Let the people decide their leaders through elections — and let’s get some adult supervision of these prosecutors, or it will be 1998 all over again. Except much, much worse.

Mark Penn is a managing partner of the Stagwell Group, a private equity firm specializing in marketing services companies, as well as chairman of the Harris Poll and author of “Microtrends Squared.” He served as pollster and adviser to President Clinton from 1995 to 2000, including during Clinton’s impeachment.