THE SAD STATE OF RUSSIA’S NAVY 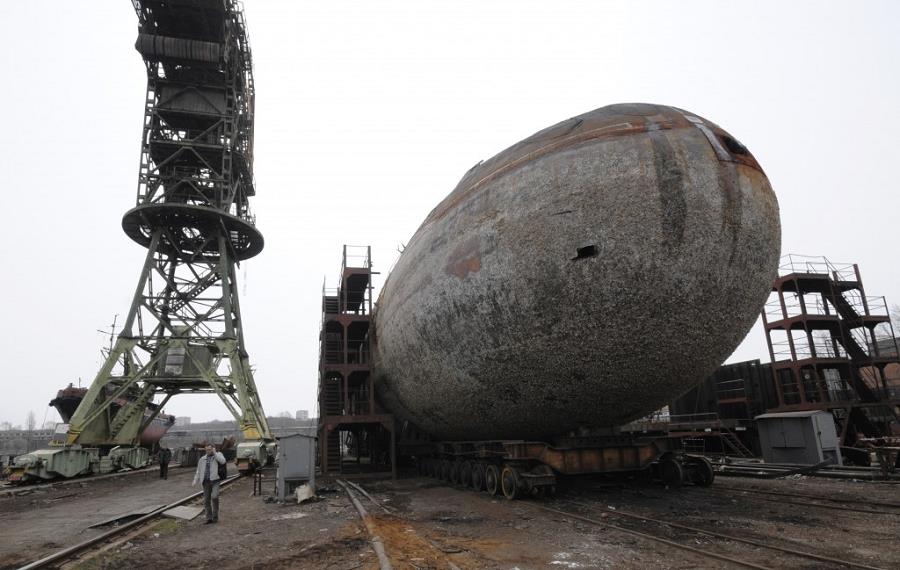 The Russian navy, the Military-Maritime Fleet (Voyenno-Morskoy Flot—VMF), always a poor relation to the Russian Land Forces given geography and national traditions, has been contracting in size since 1985.

Now, as Izvestia announced last month, it is going to decline still further because of a decision by the Ministry of Defense to scrap two major surface vessels and four submarines rather than modernize these aging Soviet-era naval assets (Izvestia, April 18).

Defenders of this decision say these ships will be replaced by more capable vessels, but even they concede that the new craft are not going to join the fleet anytime soon.

All this has sparked a debate in Moscow about whether the Russian VMF is capable of supporting Moscow in the war that Vladimir Putin keeps saying is coming or even in more limited theaters. The overwhelming answer from independent experts is “No.”

Captain Konstantin Sivkov, the president of the Academy of Geopolitical Issues and a frequent critic of the government, for example, has argued that the Russian Military-Maritime Fleet today is in a horrific condition.

Older ships are being taken out of service before new ones are ready; and as a result, “the [surface] vessels that are really able to go to sea can be counted on one’s fingers.” That number, in actuality, has shrunk to three—and none of them are an aircraft carrier.

“As for submarines, everything is classified,” the military expert said, adding that he “does not think the situation with regard to them is significantly better than with surface vessels.” Many that should be on station are kept for unconscionably long periods in drydocks for refitting.

Sivkov blamed the Kremlin for this situation, arguing that the Russian authorities are simply not providing the fleet with enough money (Politsturm.com, April 22).

The Kremlin, for its part, is doing what it can to suggest otherwise via an intense propaganda campaign. President Vladimir Putin last week (April 23) attended a ceremony at a shipyard that is building what will be the world’s largest nuclear submarine (Vesti.ru, April 23).

And officials have been playing up what they say is a signal Russian success in launching the first-ever floating nuclear power plant for the Arctic (The Barents Observer, April 24).

But the submarine will not be ready for probably two or more years; whereas the atomic power plant ship is designed to support coastal development along the Northern Sea Route rather than about strengthening naval capacity.

Even more telling when it comes to the true state of the Russian navy was the Russian foreign ministry’s response to the recent appearance of two United States Navy carrier battle groups in the Mediterranean.

Each of these groups, John Huntsman, the US ambassador to the Russian Federation, said, represents “100,000 tons of international diplomacy” (TASS, April 24).

Moscow cannot counter such a show of force with an aircraft carrier of its own: it does not have one currently in service (the aging Admiral Kuznetsov is presently undergoing refitting and repairs).

And so Deputy Foreign Minister Sergei Ryabov could do little besides express regret (TASS, April 24). Clearly, the Russian VMF is not in a position to challenge the US Navy on its own. But that is nothing new.

What is new is that the diminished Russian fleet may soon not even be in a position to meet more limited challenges in the Caspian and the Arctic.

Moscow has long viewed the Caspian as its own private “lake.” Russia’s Caspian Flotilla remains the largest force on that body of water, but it may lose that status.

First of all, ships from that flotilla are being transferred overland to the Sea of Azov, an arm of the Black Sea; and second, other littoral countries are building up their own naval capacities to defend their oil and natural gas facilities. Azerbaijan, Iran and Kazakhstan all have large-scale shipbuilding programs in place (Iran.ru, April 19; Casp-geo.ru, Uralskweek.kz, April 23).

The existence of these national navies, of course, does not mean that a conflict between Russia and any of these countries is imminent. But it does suggest that Moscow will have to maintain a larger fleet in the Caspian than might otherwise be the case if it wants to maintain its dominance, something that will strain the Russian budget.

The situation in the Arctic is also challenging.

The defense ministry has recently turned the Northern Fleet into its own, separate Military District. However, according to Moscow commentator Vladimir Tuchkov, Russia’s Northern Fleet is being pared down into a limited coast guard force at precisely the time when other powers—including in the first instance China—are expanding their icebreaker and support presence in the region.

He denounces the decisions that have led to this as manifestations of “incompetence and carelessness” (Svpressa.ru, April 18).

Even more importantly, the decision to send major ships to the scrapyards has sparked two related discussions that could have serious implications in the future.

Pro-navy commentators have stepped up their complaint about the command structure in the Russian military, which leaves the navy under the thumb of the army and makes it impossible to perform its mission.

According to Topwar.ru’s Aleksandr Timokhin, there is no single naval command; and consequently, the VMF cannot develop in the way it should to support a broader military effort. Generals do not understand that ships are not regiments and cannot be managed the same way, he says (Topwar.ru, April 18).

But that is not the only problem the Russian navy faces, Timokhin continues. “It is a lie” that there has not been enough money for the fleet. Rather some of it has been drained off by corruption and much of the rest lost because of the absence of a strategic plan and structures capable of adhering to one, rigid plan. He also blames sanctions and unnamed “foreign agents” for undercutting the Russian fleet (Topwar.ru, April 5).

Such problems in the Russian navy do not mean that it cannot perform some of its role. Undoubtedly, Moscow’s submarines continue to do so. But these difficulties do mean that the VMF is less capable than many think and that Moscow will be forced to take that into account.

In Soviet times, many in the West often read Moscow’s intentions from its capabilities. Now, there is a danger that too many may follow Moscow’s propaganda efforts without looking at its capacities. Those do not always square with what the Kremlin is saying.