THE RATS ARE GETTING CORNERED 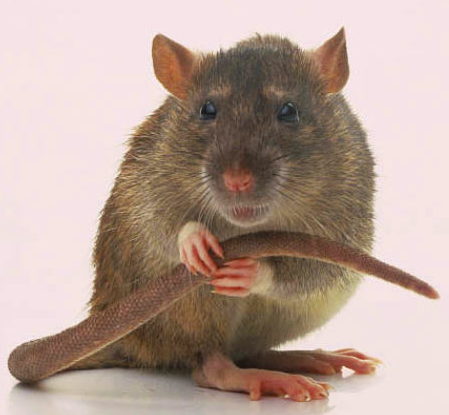 It’s fun to watch the rats scurry as the walls close in.

The topic was the Steele dossier and the FBI investigation of “collusion” between Team Trump and the Russians.

The president stressed the investigation should be conducted “by the book,” Ms. Rice wrote, twice. But Obama also asked (presumably of Comey and Yates) if some information about the investigation could be withheld from the new president, she wrote.

Obama also asked Comey to keep him informed of new developments in the investigation over the next several weeks, presumably including a week or so after President Trump’s inauguration.

We learned about the email from Sens. Chuck Grassley (R-IA), Chairman of the Senate Judiciary Committee, and Lindsey Graham R-SC. They got the email pursuant to a request to the National Archives for records of meetings between President Obama and the FBI director regarding the Russia collusion investigation.

“It strikes us odd that… you would feel the need to send yourself such an unusual email,” Sens. Grassley and Graham wrote.

We know now the FBI investigation definitely wasn’t conducted “by the book.”  Was this a CYA memo to give Obama and Ms. Rice cover if FBI/DOJ wrongdoing ever came to light?

If so, it backfired. The meeting wasn’t listed in the White House visitor logs (as it should have been). Were it not for Ms. Rice’s memo to herself, Grassley, Graham, and We the People wouldn’t have known about it.

The memo catches both Obama and Comey in lies. (Obama said he never discussed details of the investigation with the FBI. Comey said he only met with Obama twice – in 2015, to talk about a law enforcement issue, and in 2016, to say goodbye.)

Some suspect the memo was a time bomb Rice set to nail Obama – either because she was appalled by the law breaking he instigated, or to pay him back for personal slights.

Whatever. In all likelihood, Ms. Rice will be called before the Senate Judiciary Committee to answer under oath the questions Grassley and Graham asked in their letter. If suspicions are correct, she’ll be eager to spill the beans. Obama, Comey and Yates will be toast.

And if not, Ms. Rice likely will spill the beans reluctantly, to keep herself out of jail. Obama, Comey and Yates will be toast.

Let’s shine the spotlight on another rat.

Why did Sen. Mark Warner (D-VA), Ranking Democrat on the Senate Intelligence Committee, ask the lawyer for a Russian billionaire with close ties to the Kremlin to set up a meeting on the down low in London with former British intelligence officer Christopher Steele? Doesn’t Warner know anybody in Britain who might have Steele’s telephone number?

Text messages indicate that in March of 2017 Warner asked lobbyist Adam Waldman if Waldman’s client Oleg Deripaska could set up the meet.

The State Department revoked Deripaska’s visa to enter the U.S. in 2006 because of his alleged ties to organized crime. Waldman, a former Justice Department official, has been paid at least $2.36 million to represent Deripaska. Russian Foreign Minister Sergei Lavrov is also a Waldman client.

The text message chain begins with Waldman telling Warner: “Chris Steele asked me to call you.”

Among those who’d like to know why Steele would pass that message to Warner via the attorney for a Russian oligarch close to Putin is Sen. Grassley.

In a letter Feb. 9 to Steele’s solicitor (lawyer) in London, Grassley asked if Steele is now working, or has ever worked for Deripaska.

A good lawyer, which Grassley is, doesn’t ask such questions unless he already knows the answers.

At a hearing Tuesday (2/13), Sen. Tom Cotton (R-AR) asked FBI Director Robert Wray if Steele ever worked for Deripaska. Wray said he couldn’t answer that in open session. I think we can interpret that as a “Yes.”

Why did Warner want the meeting with Steele to be secret? Warner told Waldman he “didn’t want to leave a paper trail.” I guess he forgot about the cyber trail. Warner isn’t the sharpest knife in the drawer.

It’s becoming ever more clear who really was colluding with Russia.

Victor Davis Hanson expressed well in TTP Tuesday – Will the Democrats Get Away with It? –  why so many yearn to have the wrongdoing exposed, the evildoers punished.

Patience. President Trump knows when the midterm elections will be held. All will be revealed in due course.

And as hard as it is for us to wait for justice to be done, think about how much harder it must be for Democrats to wait for the next shoe to drop. Read the Grassley letter carefully. Doesn’t he seem a bit like a cat that plays with a cornered rat before devouring it?