2 The Point News » Guest Authors » Members Only » THE PURGE 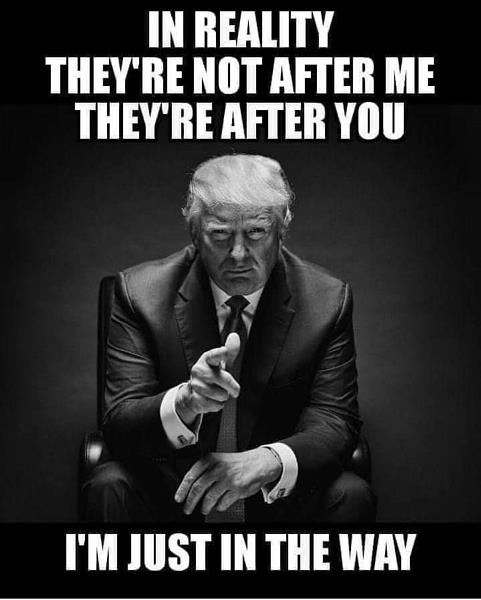 THIS CAN’T BE SAID OFTEN ENOUGH

One of my favorite war movies was the series Band of Brothers. While I have never served, a lot of my family has and while nothing is perfect, they (uncles who were there) said it was pretty close to the real deal. Sure, there was some Hollywood in there, but overall, it did things pretty well.

One of the scenes was named “Day of Days” because of the incredible events that took place that particular day of the Normandy Landing. It was surreal. Incredible. Horrifying.

We are now living in a series of day of days. The Heart and Soul of our country is under fascist attack.

Twitter and You tube banned the President of the United States. Facebook took down his account until after the 20th and maybe longer. Can you imagine that?

The sitting President of the United States is banished from the biggest social media platforms. Because they can. Because in “their” view, he’s a threat. No, THEY are the threat. They can shut off your business, and your personal account at any moment.

Did you know the purging of alternative voices on Youtube started months ago? On October 15th, with no warning, no less than 21 alternative news sites were deleted. Tens of thousands of hours of interviews, commentaries, etc. Gone. Poof. No longer able to use the platform.

The raging Left didn’t care, saying they felt “good, they need to be shut down.” But now, things have been ratcheted to a level I never ever thought I would see. Well, maybe that’s not true. Maybe it’s a level I thought we would see, but hoped that we never did.

GONE. Poof. 3 Years of work, half a million testimonies, ZERO violence suggested, all perfectly legal. Facebook shut them down. But wait. They hunted down anyone who was an administrator to the site and shut them down.

Did you hear that? If you were ever listed on the site as “helping” they hunted down YOUR personal site and shut you off.

On Friday evening (1/08) The Purge picked up steam.

But wait it gets worse. With so many accounts being deleted, there was a massive movement to the platform Parler. They don’t regulate what’s said on their platform. Well, later in the evening Apple said that if Parler doesn’t institute moderating on Parler, they will shut off the ability to use Parler on their phones.

Moments later, Google did the same, removing Parler app from the Google Store. Once again I ask, “are you getting this?” Big tech is demanding that what you have to say is moderated and if they don’t like it, they cancel you.

The IMF says we should use social media history to determine who gets loans. I kid you not, they said that lenders should look into SM history. Read between the lines. If you’ve EVER done or said something that doesn’t fit the “woke” narrative, no loan.

Welcome to Communist America. Yes, the New America, brought to you by the lunatics of the World Economic Forum, happy Chinese Communists, Fascist Democrats, and fellow traveling RINOs.

I wish that was my only gripe today. But that’s just one more of over a zillion things that I’m witnessing taking place, as America is overthrown.

The hypocrisy over the covering of the Capitol building reporting, was mind blowing. For months on end BLM protestors burned down cities, ruined business, occupied government buildings and folks like Xiden, Pelosi, ALL the media said it was fine, no worries. That scumbag Cuomo was on his TV show one night saying “who ever said protests have to be peaceful?”

But when they set up the Trump protestors by allowing 250 Antifa people to make a scene and break into the building, now it’s the worst thing since 9/11.

The crocodile tears of these same mutants that found nothing wrong with bands of savages burning down Portland and other cities, now said they witnessed domestic terrorists, and Donald Trump should be impeached, resign, and some have even called for his arrest.

Yes, I said set up. The DC police ESCORTED busses of Antifa people there. Several of my friends went to the rally. It was completely peaceful, as Trump supporters showed up to protest what they KNOW was a fraud election. When the Antifa crowd decided it wasn’t rowdy enough they started trying to bust through the gates. But then something interesting happened. The police themselves OPENED the gates and waved people in.

One of the folks who went there told me, “The guards opened the bicycle barriers and said “Come on in, the President has told us we have to let you in!” Well, you know Trump did nothing of the sort. Instantly the media started going crazy about how Trump incited all of this. No, he didn’t.

Those millions of people came from all over the nation to say that they think there’s enough “irregularities” in this election, that it should be properly investigated. The Hope was that Pence would make that happen.

Many think that the idea was for Pence to overthrow or toss out the electors he didn’t like. NO. That’s a stupid idea. How could one man have the right to pick and choose the electors he wanted? Why have a damn election if one guy has the right to accept or decline them?

What he did have the right to do, and what people thought he would do, was respond to the states that had filed that they might want to recall their electors and look more into the irregularities. Pence most definitely had the right to say: “At this moment I’m not certifying these two state electors because THEIR STATES want further review. After they do their review, I will certify whomever they send back to us.”

That would have been legal and appropriate. But no, he didn’t do that. After months of parading around with Trump telling supporters that he’s all about getting to the bottom of any fraud, he punted.

Oh this is rich. CNBC says the FBI says that there’s no evidence of any ANTIFA involvement in the Capitol building siege. OH my GOD. We’ve got pictures of them from BLM and ANTIFA rallies! Wow, I guess a bunch of twitter users can do better research than the FBI? Are you getting this folks??

So what happens now? Well, that depends. See, a LOT of people think this is just business as usual, this time the Democrats won, but by golly we’ll get them in the mid terms and we’ll get a new and better Republican to run in 24.

FORGET THAT. Those days are GONE if Xiden is sworn in. GONE.

Wake up folks. WAKE UP BIG. NOTHING is normal now. You may all think I’m grandstanding, or exaggerating, or what have you. I assure you I am not.

This was their big moment. The globalist socialists who want to rule the world decided that this moment in time was going to be their big push. Well, here it is. They’ve taken over the media 100%. The CIA and FBI? Corrupt. Big Tech now dictates what and to whom you can speak.

You will be harassed for using the wrong gender term. You will be fired if you don’t follow the “agenda.” Every day your rights are going to be stripped a little more each time. We are witnessing in live time, the Full Fascist takeover of the US.

If they get away with this, there will never be another election, other than to fool the peons that they actually are real. They’ll put on the campaigns, they’ll run their commercials and in the end, the globalists will pick who they want to win. Period. Bread and circus for the peons, nothing more. Right out of the Communist Manifesto.

The question right now is, have they gotten away with it? On the surface the answer seems clear, yes they did.  But there’s still days before the inauguration. Trump is still the President. Could there be a late inning move in the works?

I don’t want to get anyone’s hopes up unnecessarily. We’re in deep poo here. But I still have a hunch that something’s going to happen in the next several days that disrupts everything. I have no knowledge about it, no secret information. I just have a feeling that Trump has a Hail Mary Left.

Why do I feel that way? He didn’t concede. He never said the word concede, didn’t congratulate Xiden and Horizontal. Then he tweeted this:

“The 75,000,000 great American Patriots who voted for me, AMERICA FIRST, and MAKE AMERICA GREAT AGAIN, will have a GIANT VOICE long into the future. They will not be disrespected or treated unfairly in any way, shape or form!!!”

Now I might be grasping at straws here, but if he’s not in power, how can he say that all those people will NOT be disrespected or treated unfairly in any way? If the Left wants to demonize his supporters, how’s he going to stop it if he’s gone??

I’m going to wrap this up for all the people that think I’m nothing more than a diehard Trump supporter, who’s angry that he lost.

I AM angry that it was stolen. I am angry that NO ONE would do the investigations. I’m angry that 1,144 people signed affidavits that they witnessed either outright fraud or at least something fishy and still we’re told, “nothing to see here, it’s all baloney, things were honest.”

I’m angry that more than a million peace loving people spent a fortune and went to DC to simply say “please do a proper audit,” Antifa was allowed to wreak havoc, and now Trump supporters are  labeled as domestic terrorists.

But the thing I’m most angry about is the Socialist Communist Fascist takeover of our Country.

To me, the most Profound thing Donald Trump EVER said, was a one liner that most people missed. Here’s what he had to say “They’re not coming after me folks, they’re coming after YOU. I’m just in the way.”

That’s the purest, straightest statement of his presidency. He’s absolutely right. They want your money, your obedience, your “everything.” And he was the last thing standing in their way. Pray for your country.

Bob Rinear is editor of Invest Yourself.