THE POLISH SAVIOR OF WESTERN CIVILIZATION 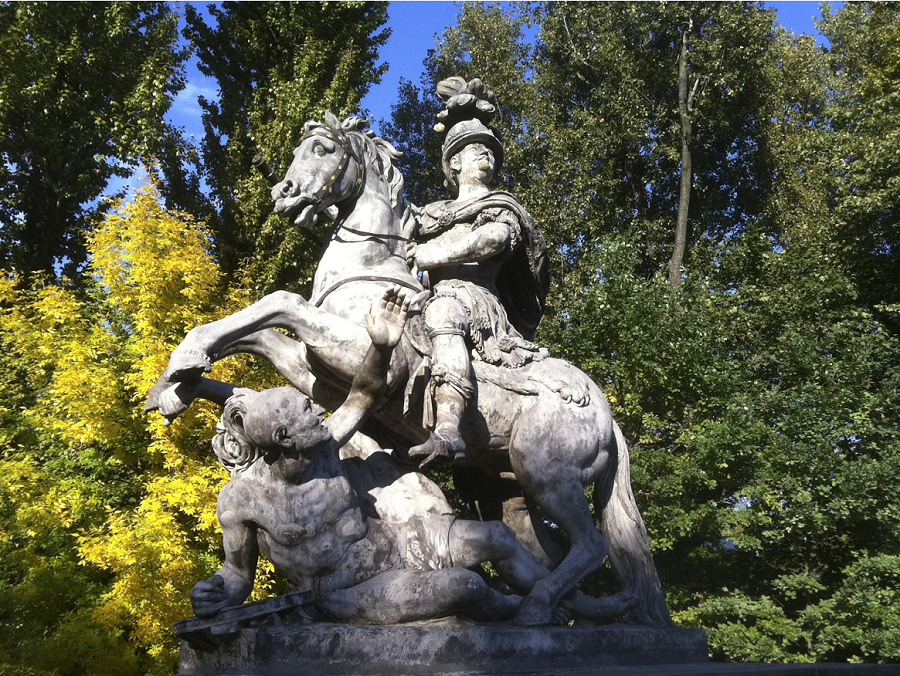 On September 12, 1683, Ottoman Sultan Mehmet IV as the Caliph of all Islam was on the verge of realizing the great Moslem dream of conquering all of Christian Europe for the glory of Allah.  The great obstacle in his way – the city of Vienna – was about to be overwhelmed by the Sultan’s gigantic army of 140,000 Islamic Taliban of their day.

On the Kahlenberg hilltop above Vienna, the commander of the Christian forces, King Jan III Sobieski of Poland, gave the order to attack. Twenty thousand armed horsemen galloped down the slopes of Kahlenberg, the largest cavalry charge in history, with the Polish King and his Winged Hussars in the lead.  The cavalry trampled the Ottomans and made straight for their camps.

Ottoman commander Kara Mustafa fled out of his tent and barely escaped with his life (it didn’t last long – the Sultan ordered him strangled).  With the Christian victory at The Battle of Vienna, the Moslem threat to Europe was over.  Sobieski wrote a letter to Pope Innocent XI, paraphrasing Julius Caesar:

In turn, the Pope hailed Sobieski as “The Savior of Western Christendom.”  Indeed he was, and still is so revered by the Polish people to this day – with no apology.

For the people of Poland stand out among those of all Europe for their pride in being part of Western Civilization – symbolized for them by this statue of their Hero King trampling the Ottomans in the beautiful Royal Baths Park in Warsaw.  They will make sure visitors to the statue note that underneath the right forearm of the fallen Turkish soldier is a book – the Koran.

You owe it to yourself to visit Poland and meet the Polish champions of Christian liberty, having freed themselves from the Ottomans, the Russians, and the Soviets.  We need more like them today.  (Glimpses of Our Breathtaking World #159 Photo ©Jack Wheeler)