THE OPPORTUNITY OF TRUMP DERANGEMENT 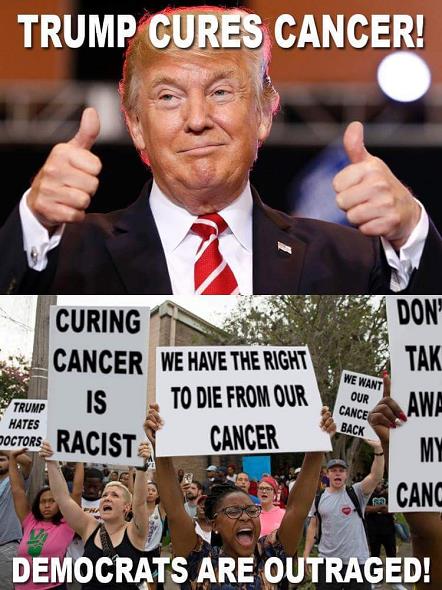 Contrary to the claim that they are all the same, each wrote its own op-ed.  Naturally, the folks at the Boston Globe who initiated this kerfuffle, were among the most unhinged in pleading victimization: Journalists Are Not The Enemy.

In the same outraged vein was the Chicago Tribune, accusing our POTUS of inciting violence against them:  Mr. President, We’re Not Enemies of the People, We’re A Check On Government.  Right, just like you were during all eight of the Obama Years, bootlickers.

Surprisingly, one the mildest was that of the New York Times, a very restrained rebuke that didn’t even mention the President at all: A Free Press Needs You.

Meanwhile, here in the Nation’s Capital, the Washington Post chose to opt out and not play the Boston Globe’s game at all.  The Washington Times, by contrast, flipped the game with Solidarity In The Trench.

“Setting out to take down a president by any means necessary is not the role of a responsible press. When newspapers return to their fundamental role, the public reputation of the press will recover. The sooner the better.”

What the WashTimes also did was ask their media colleagues so suffused with TDS – Trump Derangement Syndrome – to reflect on their own sins and not those solely of our President.

This is something that the Fake News Media, together with Dems on Capitol Hill, all the way to #Resistance and Antifa thugs, not only won’t do but cannot do.  Why?  What really is the source of their maniacal, hysterical, unhinged Trump Derangement?

More to the point, what is it about him personally, not his policies or politics, but his human essence that makes their hate so viciously and murderously visceral?

This kind of murderous hate for someone who has never really done anything bad to you is almost always based on fear, real gut-wrenching visceral fear.  So, fear of what?

What about Donald Trump as President of the United States terrifies the Left that they fantasize and even advocate murdering him in every hideously gruesome way imaginable?

It’s that his presidential existence is a fundamental rebuke to their souls, to the cowardly fear lying at the core of their human essence, the fear of being proud of their existence – of being human, of being part of Western Civilization, the most successful civilization in human history, of being American, the most successful and prosperous nation in human history, and for white liberals, of being white.

But John Wayne was an actor.  What if there were a real John Wayne and he was President of the United States?  We came achingly close to that with Ronald Reagan – which is why the Left hated him so much.  And now we have John Wayne in the White House for real and in spades.

He’s an incredibly wealthy and successful American white male who’s proud of it – no apologies.  He’s impervious to envy, has absolutely no fear of it.  And that’s who the Left hates and fears most of all.  Their fundamental demand is that anyone successful, rich, American, and white capitulate and apologize for their existence to those who envy them.

Note this equally applies to other ethnicities – successful Hispanics are expected to apologize and grovel to envious Hispanics, black to envious blacks (which incidentally is the real reason why black millionaire NFL players are kneeling in capitulation, signaling please don’t envy me for my success).

The bottom line of Trump Derangement is that, if Trump succeeds politically, economically, and most important of all culturally, the Ultimate Nightmare of the Left come true:  John Wayne’s America is back in the saddle.  The Left’s envy-pandering guilt-mongering path to power is gone. The Left is toast for a generation or more.

On the other hand, Trump is the last thing that stands between the Left and their holy grail – Americans in general and whites in particular giving up.  They’re close.  The opioid crisis is one clear sign, as it’s now the leading cause of death of Americans under 50.  These are poor whites mostly, giving up on life as the Left wants them to do.

As Trump succeeds, he’s not only giving them jobs and more prosperity, he’ll give them their pride back, pride in being alive, in being who they are.  The same with blacks, which is why his popularity with them is exploding upward.

And with that, the entire enterprise of the Left for the last 100 years comes crashing down.

We have never come this close before.  We now have the historical opportunity to do to the American Left what Ronald Reagan did to the Soviet Union.  The Left, from Fake Newsers to Dems to Antifa, are handing us this opportunity on the platter of their Trump Derangement.

The most important thing we can do to take immediate advantage of the opportunity is for each of us to work however we can towards electing your GOP Congressman and Senator – to do what you can to achieve the Red Wave, the Red Tsunami, in November.