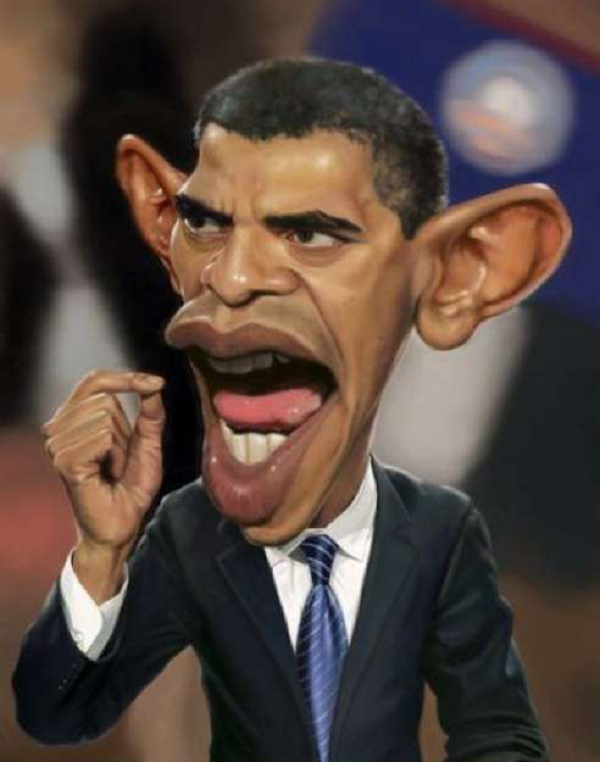 In his latest incarnation as president emeritus and corporate multimillionaire community activist, we are reminded of the earlier Barack Obama of “get in their face,” “take a gun to a knife fight,” and “punish our enemies” vintage.

From time to time, Obama ventures from his hilltop, seaside, $12 million “you didn’t build that” Martha’s Vineyard Estate or his tony Washington, D.C. $8 million “spread the wealth” mansion to lecture the nation on all of its racist sins, past and present.

In these outings, he seeks to advise lesser folk on how we can still find redemption (make Puerto Rico a state?), given that his own eight years as president apparently proved that the United States remains hopelessly captive to the spirit of Bull Connor and that a president such as himself—starting out with complete control of the Congress—had no power to change much.

His latest weaponization of the funeral of John Lewis revealed all the Obama signature characteristics.

Obama knows that the Trump Administration’s use of federal marshals to protect a federal courthouse in Portland from nonstop street efforts to burn it down, along with its occupants, is not analogous to the Democrat Alabama Governor George Wallace, an honored speaker at the 1972 McGovern-run Democratic convention:

“[Wallace] may be gone, but we can witness our federal government sending agents to use tear gas and batons against peaceful demonstrators.”  He well knows that such criminals protesters in our major cities loot, burn, blind, maim, and occasionally kill people and are hardly “peaceful.”

He knows that asking for an ID at the polls, in the fashion of cashing a check, buying a beer, or getting a prescription filled is not racist (unless he believes that minorities are currently deprived of prescriptions, alcohol sales, or cashing checks), and are not “restrictive,” much less do they attack “our voting rights with surgical precision, even undermining the Postal Service in the run-up to an election that’s gonna be dependent on mail-in ballots so people don’t get sick.”

He knows that if there are voting irregularities in November, they will come mostly from the Left and through the very mail-in balloting and vote harvesting they advocate.

We in California’s 21st Congressional District can attest to that, after having witnessed winner and incumbent Republican David Valadao in 2018 see his sizable lead mysteriously erode over the next several weeks as batches of harvested and mail-in ballots steadily appeared until his challenger won by a few hundred votes.

Obama knows that making Washington, D.C. and Puerto Rico states is simply a way of gaining four automatic left-wing senators to take back the Senate.

He knows that what he calls “partisan gerrymandering” is an ancient bipartisan enterprise, without which there would now not be a very sizable black caucus in the House.

He knows that what he suddenly now calls the “Jim Crow relic” Senate filibuster is a traditional and bipartisan lever. And so he knows that if Trump should be reelected, and should he retain a thin margin in the Republican Senate, and perhaps win back the House, and chose to end the now apparently racist filibuster to greenlight the Trump agenda, Obama would be the first to pivot and scream to high heaven about “partisanship” and “racism.”

Obama knows all this. Thus his politicizing riff is cynical and in some ways a cruel hijacking of a funeral.

Ex-presidents—think Ford, Reagan, or the two Bushes—usually do not attack sitting presidents, unless of course they are morally superior liberals such as Carter, Clinton, and Obama.

And funerals are usually not appropriate venues for politics. Politicizing a death, at least since Mark Antony’s weaponization of the funeral of Julius Caesar, has been frowned upon—except in the case of the late Paul Wellstone, John McCain, or John Lewis.

The eulogist can be exempt from the rules of decorum to go after a president, such as George W. Bush or Donald Trump. Obama reached a new low in cramming into a funeral eulogy the accusation that we are back to the spirit of Bull Connor, while jamming an entire political laundry list of policy preferences, from D.C. and Puerto Rico statehood and ending the filibuster, to mail-in voting and ending voting ID requirements, into praise of the dead.

Obama has always been blind and deaf to the irony of himself. He strikes a moral pose about election sanctity at precisely the time serial disclosures reveal that he knew of—or indeed ordered—the weaponization of the FBI, the Justice Department and the CIA, in order to go after an opposition presidential campaign that by design further led to the subversion of a presidential transition and indeed a presidency itself.

When the truth is finally known, the nation will learn that the Obama Administration was one of the most corrupt in its history by politicizing the IRS and FBI, surveilling the media, unmasking and leaking the names of U.S. citizens swept up in likely illegal surveillance, destroying the sanctity of the FISA court, and spying on a political campaign with the intent of destroying it before a U.S. election.

He laments our “Bull Connor America.” But as president, with a veto-proof Democrat Congress in 2009, he expended no effort to extend statehood to Puerto Rico or Washington, D.C., or to demand an end to the filibuster, or to enact anything he now insists we must do.

Partly the reason is that Obama is a politician, first, who wished to get reelected, and considered any of the nostrums that he now pushes on others an anathema to his own 2012 ambitions. Obama is also mostly a creature of rhetoric, and he knows that talking about pushing an agenda is easy to do now, but in the past it was hard to do the political work to see it enacted.

He is also ignorant of history and so refutes his own premises. The advocacy of John Lewis and others like him convinced the timid Kennedy Administration to break with their kindred Democratic Southern brethren and in 1963 nationalize state troops to ensure calm in the streets and the civil rights of the oppressed.

How odd that Obama both praises such past federal activism and yet currently defends states-rights mayors and governors who nullify local, state, and federal law to the point of forcing the federal government to save its own property and personnel from mayhem.

If Obama is truly concerned about the deaths of young African Americans he could return to Chicago in its hour of need, as people of color are currently being gunned down in the streets—even at funerals far less secure and guarded than those at which Obama speaks.

He could revisit his Chicago home, use his moral bona fides to restart his community activist career, and seek to quell the violence and save the lives of the innocent and unprotected—all concerns far more vital to the nation than ending the filibuster.

He would receive bipartisan and overwhelming public support for such hard work. He has already reached the point at which he once advised us that one has made enough money.

Instead, he now and then pops up into a politically explosive scenario at a volatile time, adopts the cadence and patois of Reverend Jeremiah Wright, his “spiritual mentor,” and begins his ministerial pontificating, as he seeks to wow the crowd with the old magic—soon only to disappear back to Martha’s Vineyard.

Why is Obama reemerging with greater frequency now? There are a few reasonable suppositions.

He has already made tens of millions of dollars in the last four years and now believes that he has the “security” of being a multimillionaire several times over, and so can once again dabble in politics.

His party has moved hard Left. And he rues now that he did not then lead the cultural revolution during his own tenure, given his community organizing Bill Ayers-youth, which as a badge of honor we should expect will now no longer be airbrushed away. His early revolutionary cred will likely resurface as the audacity of hope becomes the audacity of woke.

He resents those like “the squad” who usurped his hard-Left brand, which was tarnished during his past few years in his period of “not the time to profit” corporate profiteering.

He thinks Biden suddenly can now win. Yet better than any he knows that Biden is challenged and is a useful vessel. Thus, he envisions his sudden behind-the-scenes role as substantial. He can piggyback on the cultural revolution this summer and then claim that he helped “deliver” the progressive and identity politics vote—and thus becomes an active wise-man advisor to a challenged Biden.

Then again, there is always the chance that Biden’s unbreakable oath to appoint a woman as vice presidential nominee and his inference that she will be an African-American opens up all sort of wild card possibilities to Obama—given that he knows best the VP slot could well be a quasi-presidential nomination.

And thus Michelle Obama, the most popular woman in today’s polls, could “rescue” the Democrats, unite the party, and finish out an Obama 16-year term, with the last eight-year regnum revealing the inner and true Obama that was stymied the first go around.

These “are such stuff as dreams are made of.” Or nightmares for the rest of us.  Watch out, folks, here she comes! 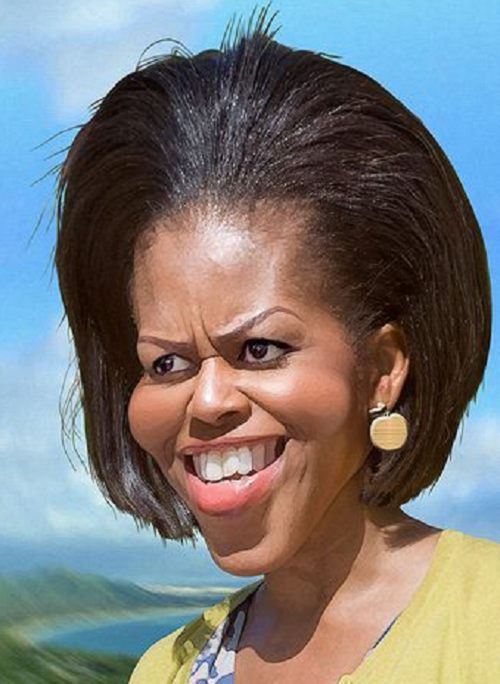