THE MONEY THAT MADE US HUMAN 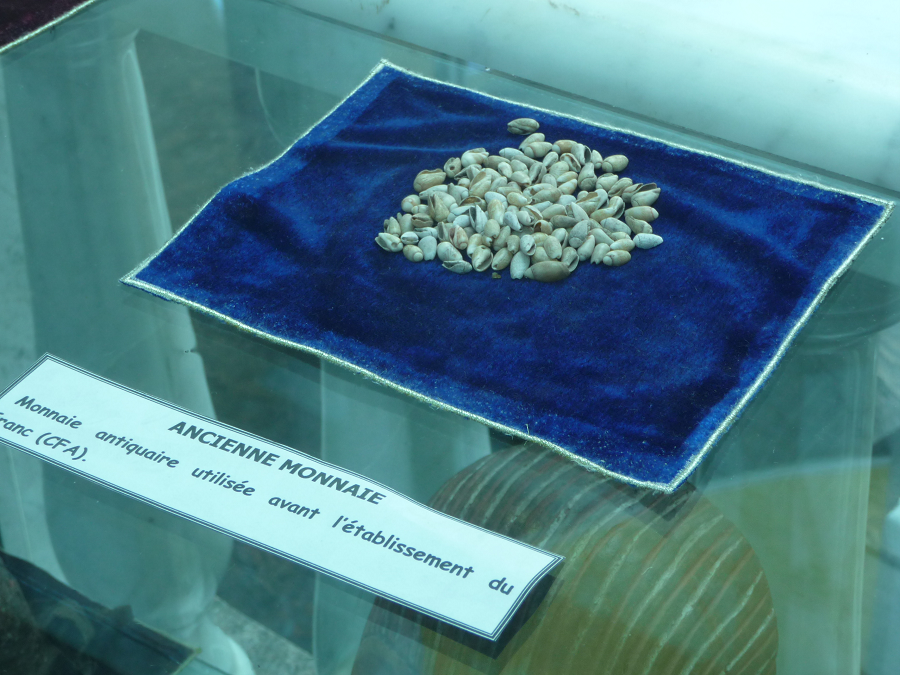 On display in the National Museum of Congo in Brazzaville: “Ancient Money.” I took the picture because this is the money that made us human 90,000 years ago. They are tiny Nassarius gibbosulus estuarine snail shells too small for food, perforated with small holes to string on a necklace, used as money “before the establishment of the CFA” as the sign says, the Central Africa Franc in 1945.

These are the same species of shell that was the first jewelry in history unearthed at seashore sites in Morocco and hundreds of miles inland in Algeria some 90kya (thousand years ago) – meaning they were traded. For the first time in history, a species began to exchange things between unrelated unmarried individuals to share, swap, barter and trade, and over great distances.

Other animals do not barter. This, maintains science author Matt Ridley, is what made us distinctly human, enabling us to cooperate with other groups or tribes, to innovate, to evolve ever more complex cultures. This little shell, used as money, is the founding of human culture. And after 90 millennia, it was still in use in Africa until 75 years ago! (Glimpses of Our Breathtaking World #61 photo ©Jack Wheeler)