THE MARKET IS BEGINNING TO PREDICT A TRUMP LANDSLIDE 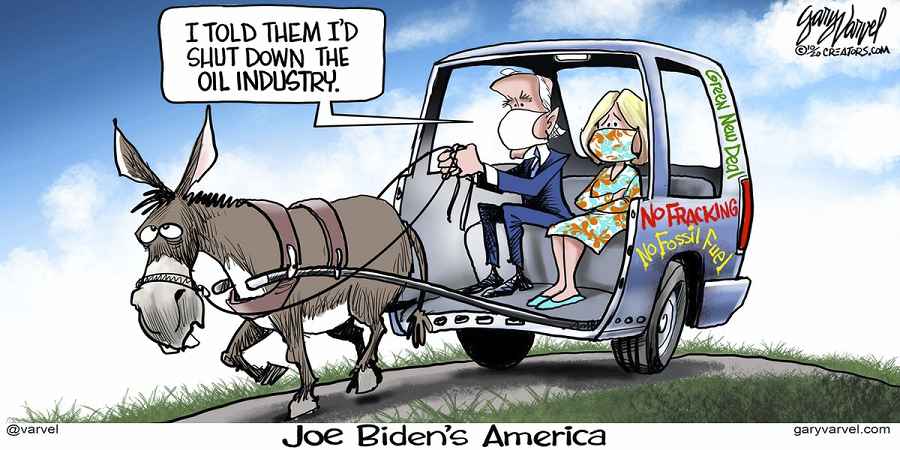 Author Disclaimer: none of the following is meant to be political analysis. I am not endorsing nor disparaging any candidate. I’m simply outlining my framework for how I see this election and what the markets are suggesting the outcome will be.

The markets are in a holding pattern until election day.

However, some items are clear. Key market sectors are increasingly pointing to a Trump win.

With that in mind, the green energy sector has rolled over and is falling rapidly. We’re already into a 10% correction on both $PBW and $TAN. 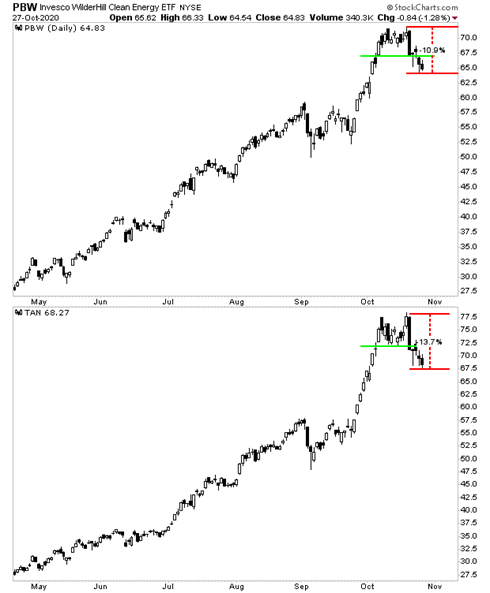 Of course, much of the market has been red lately, so I would also like to point out that underperformance has occurred relative to the broader stock market. The ratio between $PBW and the S&P 500 is down 9%, meaning clean energy ETFs are down 9% relative to the rest of the market. 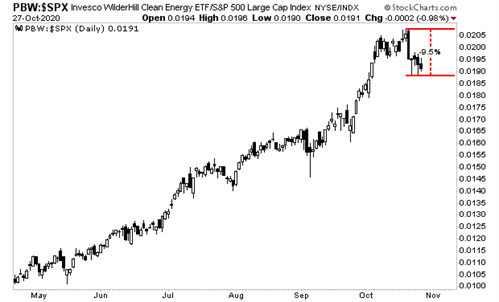 That’s a heck of an underperformance. Again, this suggests Biden’s odds of winning the election have fallen dramatically.

Meanwhile, we see industrial metals, which are heavily pro-Trump due to his obsession with U.S. manufacturing and industrial production, remain in clear, strong uptrends.

Looking at these charts below it’s difficult to even see a corrective move.  This again strongly suggests the odds of a Trump win have increased dramatically. 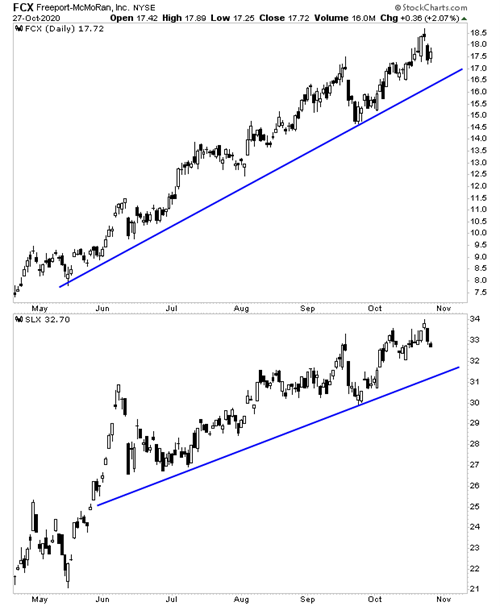 Taken together, these two developments strongly suggest Donald Trump will win re-election. In fact, you could argue that based on these issues, the election won’t even be close.

I’m not saying I’m happy about this. I’m simply saying what the markets are telling me right now. Again, I do not care about politics. You can hate President Trump or you can love him. That’s 100% up to you.

But the reality is that under the Trump administration the stock market is giving us a once in a lifetime opportunity to get rich from our investments.