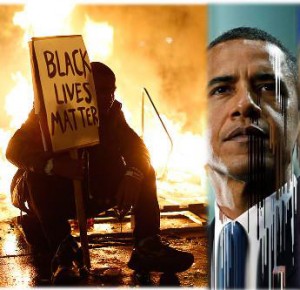 [ssba]Let me introduce a new word into your vocabulary, a word that encapsulates the Left’s strategy to demolish every institution of American culture and the traditional values of American society.

The word is stillicide.  The dictionary definition has nothing to do with politics, nor does it refer to some form of killing like suicide, genocide, homicide et al.  It refers rather to a physical process derived from the Latin stillicidium: stilla, drops, plus cidium, a declension of cadere, to fall.

How about that for a light bulb going on in your head?

It sure explains, just to take one example, why race relations in America have gotten worse, far worse, after Zero’s election in 2008.

Zero was elected for no other reason whatever than he was black.  If he were white, no one would have paid the slightest attention to him with his résumé of absolutely no accomplishment whatsoever.  In fact, he never would have had such a record at all at e.g., Columbia or Harvard, as he was a black-privileged affirmative action baby from the get-go.

So he was elected by white voters for the sole purpose of putting an end to the constant guilt-giving of the Left accusing them of being racists.  Why then did race relations get worse, instead of better?

Why have Zero and his minions in the media done everything they could to divide us on race instead of uniting us, culminating today in the fascist thuggery of Only Black Lives Matter and the murder epidemic of white cops?

Because the hideous secret hidden in every Leftie soul is that they have no intention whatever of bringing us together as a people and never did.  Their intention has always been that used by power-mad rulers for thousands of years, Divida et Impera, divide and conquer, as Julius Caesar so pithily expressed it.

The goal of every Leftie, epitomized by Zero, is power over others, not their liberty, not their happiness, not their prosperity, but their subjugation.  Thus no appeasement of them ever works.  Nothing you do will ever make them satisfied and go away, leaving you alone.

Nothing – because for a Leftie, nothing is ever enough.  No matter what demand of theirs you agree or capitulate to, it is never enough, it will simply be followed by another demand, and another, and another – with each one becoming progressively more extreme.

The demand can start out reasonable.  Take homosexuality.  The demand that someone afflicted with it be treated with normal human decency, and laws discriminating against them be eliminated, appealed to a rational sense of fairness.  But that was not enough.

Next came the attack on the Boy Scouts for restricting membership to heterosexual boys – which as a private organization it had every right to do.  When BSA capitulated, that was not enough.  Now the demand was to allow pedophiles as Scout Masters.

A few years ago, anyone championing the legalization of homosexual “marriage” would have been considered deranged and morally defective.  Now, through stillicide, a constant dripping of propaganda and intimidation, our morality on the issue is becoming inverted.

Of course, that’s not enough.  Today the Left angrily demands “transgender” bathrooms even in schools.  When society surrenders on that, tomorrow there will be another Leftie cause of outrage even more morally insane.

On the economic front, Zero and the Dems in every federalie agency are constantly inventing more rules and regulations – not for the purpose of making our economy more efficient and prosperous, but to expand the power of the bureaucrats over our working lives.

Given a few minutes of thought, I’m sure you could come up with other examples of Leftie demand-escalation in virtually every aspect of life in America.

The question is:  how do we put an end to it?  How do we turn off the faucet, stopping the stillicide, the constant dripping of Leftie cultural destruction?

I invite your suggestions.  But there is no silver bullet, no magic wand waved by, say, Trump the Savior.  He has no magic wand, and no conservative principles with which to employ it if he had one.

The best thing Trump has going for him is a lack of fear of envy.  That means it’s hard to intimidate him with guilt-mongering.  The proof, however, will be in what specific Leftie social and moral demands he’ll flip the bird to.

Ultimately, it comes down to us as individuals – do we capitulate to Leftie demands or do we refuse to obey?  It must start with our individually turning off the Leftie Stillicide as it applies to our own lives.  And yes, that means refusing to obey stillicidal laws if and when necessary.  Civil Disobedience.

It’s possible, I suppose, to look at support for Trump as an act of civil disobedience.  But such an act only becomes real not just when you vote for a politician whom you hope will be disobedient towards the Left, but when you start behaving so in your own life.

I suggest we all draw up a list of examples of Leftie Stillicide – and think of how we could turn off the stillicide faucet for ourselves.  I look forward to hearing what you think on the TTP Forum.