2 The Point News » Adventure/Explore » THE ITCHAN KALA OF KHIVA

THE ITCHAN KALA OF KHIVA 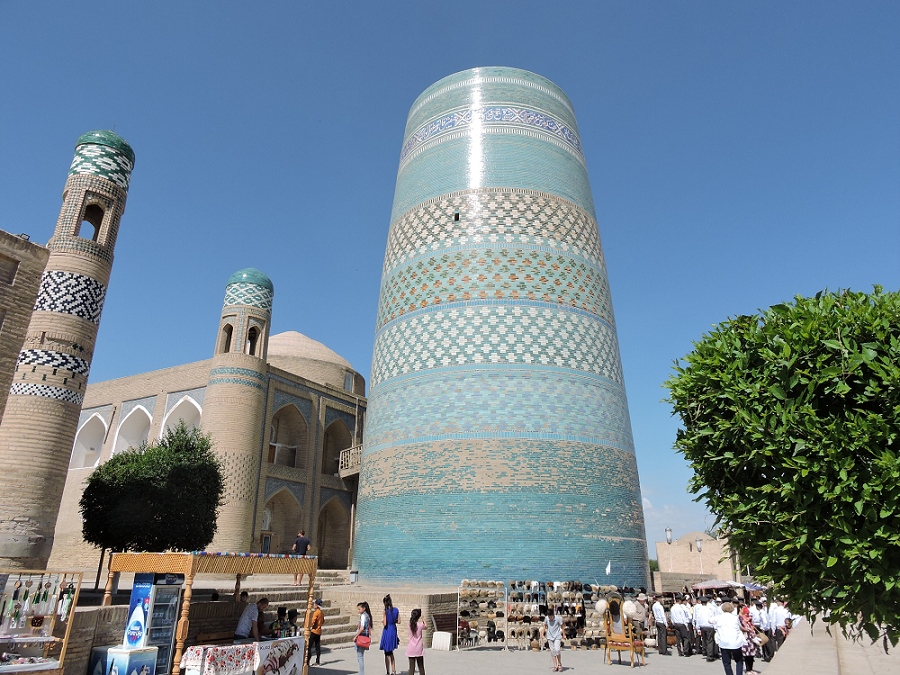 The inner town (Itchan Kala) of the ancient Silk Road oasis of Khiva has been unchanged for centuries. Surrounded by 40ft-high snake walls that writhe around the city, its labyrinth of narrow lanes adorned with blue and aquamarine tile mosaics is a living museum for you to explore.

On the Oxus or Amu Darya River in deepest Central Asia, Khiva was ancient when Alexander the Great seized it in 329 BC. It survived the depredations of Arabs in the 7th century, Mongols in the 12th, Tamerlane in the 13th. The Khanate of Khiva continued to flourish on the Silk Road until conquered by the Russians in the 19th. Today in Uzbekistan, it remains as the best-preserved of the ancient oases of the Silk Road, yet unknown to the outside world. We’ll be here once again this coming September. (Glimpses of Our Breathtaking World #118 Photo ©Jack Wheeler)