THE GREATEST EXISTENTIAL THREAT TO AMERICA 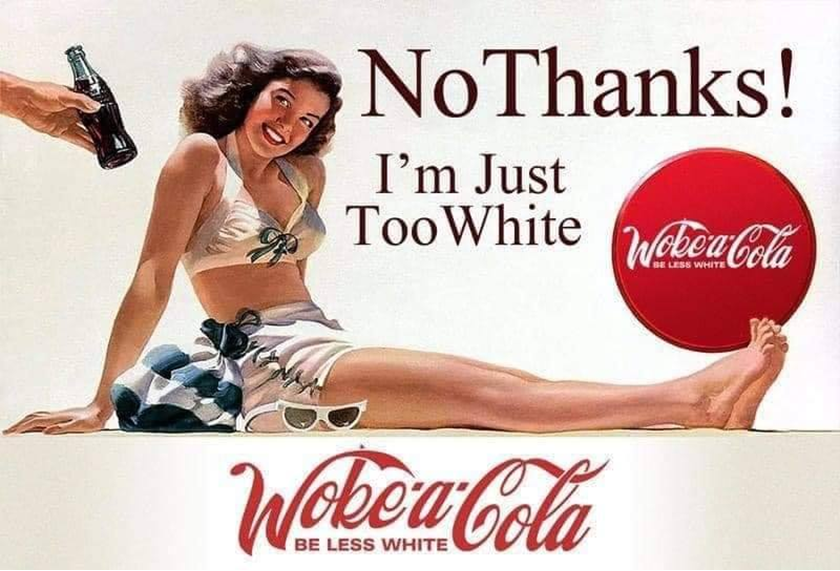 The US Secretary of Defense, Lloyd Austin—the man who presided over the worst, most incompetent, most humiliating military defeat in the history of our nation—is black. Of course, he’s black.

Left-wing policies are by their very nature suicidal because the defining characteristic of the Left is that it hates America and wants to “dismantle” it and replace it with the left-wing fantasy of a socially just future.

In February, with the deadline for withdrawal in Afghanistan a bare three months away, General Austin was not ordering a military alert to prepare for what was going to be a major humanitarian and military reckoning. Instead, he was ordering a military “stand down” to indoctrinate all America’s troops in Black Lives Matter hate white people and hate America propaganda.

In passing, may I note that 85 percent of the troops who gave their lives in Afghanistan to protect America and to give the Afghan people (and women especially) the right to breathe free were white? So much for actual diversity.

Diversity training in practice is a racist scam whose promoters have the hateful mentality and low IQ level of the Jim Crow Democrat bubbas of the past. Their goal is to demonize white Americans and (white) America, and to promote an anti-American agenda that strikes at the heart of a soldier’s military oath to defend the Constitution.

Here is a dose of the beliefs that our soldiers were being indoctrinated in during the two-month stand down during the run-up to the Afghanistan catastrophe:

We know this is the diversity training curriculum because a courageous patriot, former Lt. Colonel Matt Lohmeier, a commander in the U.S. Space Force and head of unit assigned with identifying ballistic missile launches, experienced it first-hand. Lohmeier had the personal courage and love of country to tell the civilian world about the rot that is eating away the confidence and patriotic dedication of the military.

He did so in a learned, self-published book about it from which the above bullet-points come: Irresistible Revolution: Marxism’s Goal of Conquest & the Unmaking of the American Military.

For this gesture of patriotism-as-dissent, the Space Force removed Lohmeier from his command and then kicked him out of the military entirely. They stripped him of his pension earned during 15 years in the armed services.

From his testimony, we know that to criticize the Marxist, insurrectionists, and pathological liars of Black Lives Matter or their poisonous doctrines is forbidden in today’s military, presided over by diversity commander-in-chief Lloyd Austin.

What is the impact of these doctrines on the troops? How do you take an oath to defend a Constitution that institutionalizes “white supremacy”?

“[It] is wrecking young people’s motivation to serve in the U.S. military, regardless of their political leanings. Many of those who believe these false narratives are finding their motivation for continued service shattered. Many of those appalled by the accusations are likewise demotivated. These narratives are teeing up a lose-lose scenario for the uniformed services and for the American people. I know because I am hearing about it all the time from people at my own base and elsewhere.”

In October 2020, Lohmeier attended a discussion group, set up as part of the military’s indoctrination program. It was led by a black female officer who assigned a book by Ijeomo Oluo called, So You Want to Talk About Race.

Ijeomo Oluo is racially like Barack Obama – black father from Africa (Nigeria), white mother (from Kansas), with no African-American slave ancestry whatever.  She is now a Black Lives Matter star. Her book has been widely read and praised. Here is its wisdom as Lohmeier reports it:

“The book teaches that the United States is ‘a white supremacist society’ that must be ‘dismantled piece by piece.’ It teaches that speech that makes ‘people of color feel unsafe’ is ‘an act of violence,’ but that if whites are uncomfortable, ‘do not allow [them] to be treated as if harm has been done to them’.”

Could the mind-numbing racism be any clearer?

This racist garbage would be of little consequence if it were not today the dominant theme in America’s culture, promoted by the White House, the popular culture itself, and corporate giants like Coca-Cola and  Google that have instituted the same racist indoctrination programs for their employees and everyone within their reach.

What makes these doctrines sinister is that the Marxists who devised them always had the goal of dismantling America in the process. Their success in Afghanistan should be a code blue warning to every American who loves their country.

America’s current corrupt leaders are always talking about “the existential threat to America.” And their answer is always the same: “white supremacist domestic terrorists.”  Our leaders deploy this fiction to empower their witch-hunts, of which Matthew Lohmeier is a prime victim.

But any patriotic American not seduced by the Black Lives Matters’ lies knows that the opposite is the truth. Anti-white racism, and ignorant attacks on the American founding—these constitute the greatest existential threat to America.

The fact that Black Lives Matter fictions make up the crippling doctrine of our military leaders should wake everyone to the menace we face. There never has been a greater threat to our patrimony and freedom since the darkest days of the Civil War.

David Horowitz is the founder and CEO of the David Horowitz Freedom Center and the author of The Enemy Within: How A Totalitarian Movement Is Destroying America.