THE GIRL EVERYONE HATES 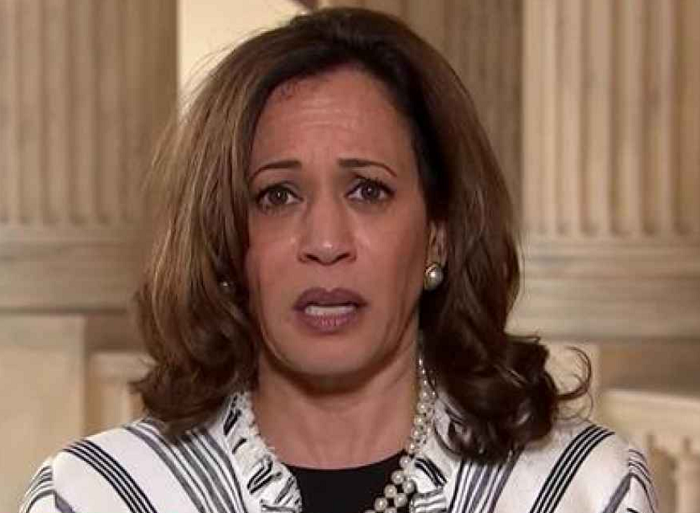 But no one is buying either of them.  The fact is, aside from her self-inflicted problems, and there are many of those, Kamala has no constituency.

Joe Biden has black voters, but he picked Kamala as a sop to the party’s minority base even though she wasn’t able to woo black voters away from him during the primary.

Strategically that’s exactly why he picked her. While Biden’s people advised him against the pick, he wanted a potential replacement who would be too weak to usurp him no matter how weak he got. Kamala fits the bill.

It’s also why Biden’s people keep undermining Kamala in anonymous slams to the media and by pushing her into situations like her recent trip that she’s not ready for.

Republicans hate Kamala, but so do Leftists. She came out of the San Francisco socialite circuit, hooked up with Willie Brown, and then made the leap to the Senate. Her background as a prosecutor is at odds with an era when Leftists hate anything to do with the criminal justice system and her activist credentials are non-existent.

Black people don’t have Kamala’s back. Nor does the Left. Nor does the Biden administration. Two out of the three are undermining her.

Biden wants to keep her down so she’s not a threat if he manages to run for another term (okay, IF of the year). Meanwhile, there’s a host of Democrat rivals waiting to bump her off before she can run for the top job.

Aside from a manufactured Twitter fan base, Kamala is all alone. And while some politicians might persevere in the face of all that, Kamala is too weak and untested.

Dick Cheney could dig into the number two job, no matter how much he was hated. Biden disregarded how much of a joke he was and persisted until he ended up in the White House.

There are plenty of other examples from Nixon to the Bushes of unloved second bananas who were unfit for the job, persisting in the position they lucked into, until they got the brass ring.

But Kamala doesn’t know how to endure. She’s used to getting people to like her, and she turns surly and confused when they don’t.

Some have compared her to Hillary Clinton, but say what you will about The PIAPS, she could persist no matter how much she was hated. In the face of the entire Republican and much of the Democrat Party loathing her, she still built a political organization that made her the nominee, after previously losing to Obama.

Does anyone see Kamala being capable of that?

Biden didn’t pick Kamala because she was a promising player, but because she was a weak socialite with some donor backing.  And that shows how pathetic a human being Biden is in picking someone “a heartbeat from the presidency.”  Someone accurately nicknamed “Heels Up.”

It isn’t going to get any better from here. Until the whole lot of them are gone from our lives.