THE FBI NEEDS TO BE DISMANTLED 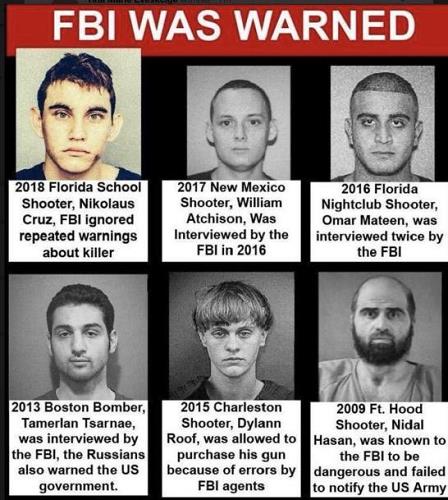 Some on the right were disappointed that Attorney General Jeff Sessions wrote Senate Judiciary Chairman Chuck Grassley, House Judiciary Committee Chairman Bob Goodlatte, and House Oversight Committee Chairman Trey Gowdy there would be no special counsel for now in the Hillary Clinton matters (email and Uranium One, one assumes) and the FISA/dossier/surveillance affair.

Not so fast.  Hiding in plain sight in Sessions’ letter was information considerably more important than a special counsel, pro or con.  As he now has made public officially, the attorney general has assigned a senior U.S. attorney to the investigation — John Huber.

Importantly, working in concert with the inspector general, Mr. Huber can actually indict people.  This is a criminal investigation. And it’s happening now!

It’s unclear how long they have been working together but indications are that it has been for some time and they have been doing their job quietly (the best way). Indictments could come sooner than one might think, a lot sooner than from any special counsel investigation that would almost certainly go on for quite some time.

Andrew McCabe seems concerned enough to have set up a #gofundme site for his legal defense. McCabe is so worried that he’s got his wife writing WaPo op-eds defending him.

Undoubtedly, he’s not the only one thinking that way.

That Huber was initially nominated for the DOJ by Obama and that the US attorney is working from Utah should also be promising to those who want to see justice done.

Huber’s Obama nomination (Trump later also nominated him) will give cover to an investigation whose conclusions are apt to create incredible dissension, even explosion, in our highly divided country.

The Utah location obviously keeps Mr. Huber at least somewhat away from the Swamp. (This man may shortly be at odds with his boss, Rod Rosenstein.)

So, on the hoary principle of the clock that’s right once every twelve hours, Time magazine, despite its creepy photo and undergraduate opinions, may be correct — Jeff Sessions could be turning out to be Donald Trump’s best friend. But not just that — all of our best friend.

And this is a good thing because the truth about the FBI will come out sooner that way.  And since that truth is ugly and pernicious, as someone once said, faster, please.

The FBI, bluntly, is a mess. The level of incompetence mixed with bias is stunning. If the FBI were a private corporation, it would either be in Chapter 11 or fighting off stockholder rebellion or both.

Unfortunately, however, it’s our most important law enforcement agency,

Its litany of incompetence is extraordinary — completely missing the Boston Marathon and Pulse night club terror murderers when they were staring them in the face, grotesquely overlooking the Parkland schools mass killer when his violent psychosis should have been apparent to anyone with a 3-digit IQ,  are but three recent catastrophes on their watch.

As for the bias part, well, that is what is being uncovered.  The extent of it, it is easy to predict, will be great.  It already is.

We have already seen how dishonest the organization is, how desperately they are hiding facts from the public. Documents have to be pried out with a crowbar. The stonewalling is endless, the numbers of self-serving redactions myriad and seemingly rote.  It is anti-democratic in the extreme.

The FBI, in sum, no longer looks out for the American citizen.  It looks out for itself or the leaders it chooses.  It deserves to be dismantled and a new FBI built from the ground up.

An entirely new system must be devised.  As perspicacious as the Senate and House committees have been, they are not enough.  Congresspeople alone cannot oversee this, nor should they have to.

After the IG reports have all been published, as suggested by Alan Dershowitz, an independent commission should be convened to review what has happened, devise these systems, and reconstitute a new FBI that is organized differently and directly responsible to the citizenry.

This will not be easy.  Bureaucracies abhor transparency.

Further, as most know, such commissions are far from a panacea.  The process depends on us.  An informed citizenry is the most important defense against government tyranny.

If I am wrong about Sessions and he drops the ball, call me on it, but, more importantly, call him on it.  Don’t let him return things to the status quo with a few wrists slapped.

What has happened with the suborning of the FBI and our intelligence agencies is the most perilous threat in decades to our republic.  We have barely escaped having an American-style KGB running our lives — for now.  Keep it that way.