THE EVIL OF THE GLOBAL ELITE 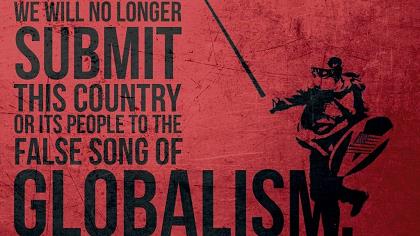 Against what or whom is the contemporary Western public pushing back?

The Eastern Europeans against French and German open-border mandates?

The British masses against both the EU and their own government that either cannot or will not follow the will of the people and implement Brexit?

The American populists against outsourcing, offshoring, and illegal immigration?

The common target of all these populist pushbacks is an administrative and cultural elite that shares a set of transnational and globalist values and harbors mostly contempt for the majority of their own Neanderthal citizens who are deemed hopelessly unwoken to environmental, racial, gender, and cultural inevitabilities.

In a word, the Ivy League, Oxbridge, and the Sorbonne masters of the universe assume that the world is on a predetermined trajectory.

We are to follow an arc of history bending toward state-managed social justice if you will—to end up as a sort of global Menlo Park, Malibu, Upper West Side, Saint-Germain-des-Prés, Schwabing, or Kensington. No wonder, it is their ethical duty of transnationals to goad the fated, but sometimes stalled, process along.

Like Aristocrats of Old
Voters in consensual societies are often assumed too ignorant of the world beyond their borders, too encumbered with traditional racial, ethnic, gender, religious, and nationalist prejudices, and too ill-informed to know what is good for them. No wonder that sometimes hoi polloi must either vote repeatedly until they get it right, or follow executive and judicial fiats issued from their betters on high.

In the globalist mindset, Brexit passed not because it was felt to be good by a majority or even advantageous for the United Kingdom, but because racists, xenophobes, nativists, protectionists, and chauvinists deluded the clueless public into thinking a pre-EU, and more racist and sexist Britain was somehow superior.

A postelection depressed Hillary Clinton had to travel all the way to Mumbai, India to find a more enlightened audience that would appreciate her insight that the ogre Trump had beat her because:

“If you look at the map of the United States, there is all that red in the middle, places where Trump won. What that map doesn’t show you is that I won the places that own two-thirds of America’s Gross Domestic Product. I won the places that are optimistic, diverse, dynamic, moving forward. And his whole campaign, Make America Great Again, was looking backwards. You don’t like black people getting rights, you don’t like women getting jobs, you don’t want to see that Indian American succeeding more than you are, whatever that problem is, I am going to solve it.”

The globalist elite is certainly transnational and is sickened by localism, traditionalism, and autonomy. Monsieur Macron shares much more in common with Barack Obama, Hillary Clinton, or Justin Trudeau than he does with rural Frenchmen.

It is almost as if in 2019 our elites are emulating the interlocking aristocratic families of late 19th-century Europe, but instead of being common descendants of Queen Victoria they are the godchildren of Menlo Park, Brussels, Strasburg, Davos, and Wall Street.

Donald Trump’s efforts to deregulate the U.S. economy, demand reciprocal trade with China, Mexico, or Germany, rout ISIS, open up federal lands for natural gas and oil exploration, build pipelines, lower taxes, and grow the economy at best are seen as misguided parochial boosterism and at worse the sort of selfish nationalism that ignores expert global and world-is-flat consensus.

In either case, the common denominator is that the world community can ill afford another U.S. president who has not been stamped, vetted, or audited by an Ivy League law or business school, a prior Washington D.C. federal office, or Wall Street firm.

Angela Merkel—who recently pronounced that nations must be “prepared to give up their sovereignty”—and her ilk are representations of the same sort of values as those of Hillary Clinton’s circle.

Elites do not see their fellow citizens in exceptional terms of the affinities of a common language, shared history, or sovereign geography. Instead, they envision themselves as Socratic citizens of the world. They are an international siblinghood with common blue-chip educations, wealth, and long service in the administrative state.

The anointed alone “see” and “grasp” what is really going on with the world, and therefore what really needs to be done right now, at all costs, regardless of the opposition from what Hillary wrote off as “all that red in the middle.”

International Crusading
Globalism is both an ideology and a culture of behavior. The creed is that the Western world, given its colonial and imperialist past, has a duty both to make amends to the former third world through magnanimously lending the global community elite Western expertise—whether through Kyoto- or Paris-like climate accords, foreign interventions guided by Western humanitarian principles, asymmetrical trade agreements, open borders, or U.N. mandates.

The globalist alone knows how global warming threatens us and how the ignorant masses must sacrifice to cool things down, how nationalism supposedly causes world wars, how sexism, racism, and homophobia have warped Western, but non-necessarily non-Western, society.

The Western consumer—fat, “lazy,” played out—surely does not need any more affluence or income. His nation, therefore, can afford to subsidize, through his superfluous lifestyle, far nobler international crusades for mankind.

The nation-state then is passé. Transnational organizations, the larger and more powerful the better, tame mindless Western chauvinism, while enhancing and making invaluable alternative post-Western paradigms.

And listened to in a way an elected senator from Kansas, the nuts who stirred up the gilets jaunes, the unhinged Poles and Bulgarians who wanted to build fences on their borders, or renegade British MPs pushing for Brexit should not be.

Globalist penance for past sins is accomplished in a variety of ways:

Non-Westerners are not to be held to symmetrical value systems.

Illegal immigration force-feeds diversity onto a tired and exhausted Western public in dire need of having its horizons expanded by the other.

Dumping, patent and copyright theft, and technological appropriation are sins only for wayward Westerners.

The elite must never be subject to the sometimes unfortunate ramifications of their own ideologies—any more than a laboratory scientist need be singed when he recklessly puts the wrong volatile ingredients into his beaker mix.

Open-borders architects in the U.S. need not put their children in schools overwhelmed by illegal immigrants.

Walls are useless on borders but effective around Malibu and Napa estates.

The elite need not live in neighborhoods where European languages are rarely spoken; others less liberal need such exposure and enlightenment.

“Noble” Ends, Unethical Means
Globalists generally assume that their own privileged material conditions are pitiful wages for the greater good they do and so justify their material hypocrisies, as if they were wounded wild fawns forced to rely on rich shrubbery of suburban gardens.

They often share the greatest disdain for the rural and muscular classes of their own countries who lack the sophistication of the elite and the romanticism of the distant poor.

If worse comes to worst, such impediments can simply die off and be replaced by more fertile, more energetic immigrants from the former Third World happy to have a shot at Western material conditions and the general welfare state. And who are at least thankful and appreciative of their benefactors and so more than willing to be receptive to globalist, transnational, and redistributive bromides.

Facebook, Google, and Twitter have a perfect right to monopolize, to warp political expression, and to censor free speech if they devote their billions to enacting global climate, political, or social justice change.

They do so in the same way that the Justice Department, the FBI, the CIA, and NSA—at times in conjunction with their foreign counterparts—justifiably had to monitor, use informants, and spread libelous smears on reckless Cro-Magnons like Donald J. Trump, who would harken us back to an embarrassing nationalist and sovereign past. Illegality has its uses.

Whom do the globalists despise?

The carbon spewing Winnebago owners, the snowmobilers, the jet skiers.

The Glock packers, the Elks Clubbers, the lathe workers, the 101st Airborners with molôn labé tattooed on their arms.

The 7-11 owners, the nutty Brit who speaks reverentially of Churchill, the dumb grubby French guy on a tractor who has no clue that his diesel engine must soon be replaced by three-hour batteries.

The wacko Greek who cannot appreciate a boatload of noble Libyans landing on the beach below his ancestral olive grove in Crete.

The limited Czech who clings to the hokey belief that residents in the Czech Republic should still speak Czech.

In other words, all the autonomous cranks and odd ballers who did not get the message, are not yet on board, should have been by now long past woke yet will not submit.  They are the deplorables who won’t submit, which is why they must be destroyed.