THE DETRITUS OF OBAMA 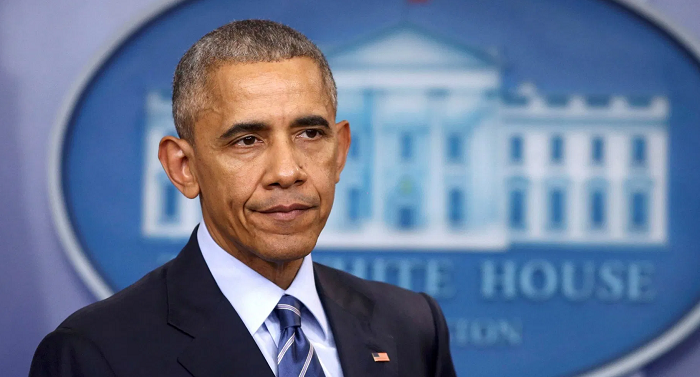 “One is not struck by the truth until prompted quite accidentally by some external event.”
— Kazuo Ishiguro, The Remains of the Day

Each day that the Obama administration fades into the past, its wrongdoings manage to wander back into the present.

After years of suppression, all sorts of strange events keep popping up to remind us of what little is left of the Obama years — the Susan Rice memo, Christopher Steele deleting his computer records, FBI-doctored and lost 302s, text messages wiped clean, the bizarre Obama January 5, 2017, Oval Office meeting, the ambush interview of Michael Flynn, the unmasking and leaking of redacted names swept up in reverse-targeting surveillance operations, the administration fraud perpetrated on the FISA courts.

The list is so overwhelming and bizarre that it ensures that anything at any time can now appear. And the result keeps reminding Americans of how corrupt were the years between 2009 and 2017 and how untruthful was the coverage of such institutionalized wrongdoing.

Emeritus Barack Obama now and then ventures out to go through the motions of an enfeebled defense for what is becoming an increasingly discredited administration. But his heart is not in it. His mind is elsewhere. His cause is no longer social activism and community organizing, if it ever was, but lucre and the perceived well-earned good life.

The arc of his moralizing universe is long, but for the anointed like him, it apparently bends toward the just deserts of riches and material bounty.

First lady forever and bestselling memoirist Michelle Obama sometimes takes a hiatus from making millions to offer a half-hearted progressive warning about the sudden heartlessness of the country — reminiscent of her transitory 2008 warnings about a downright mean country and one of which she had previously not been especially proud.

The remains of the Obama team (Susan Rice, Ben Rhodes, Hillary Clinton, John Brennan, James Comey, Samantha Power) are not offering much of a defense for the Obama years — they are now too busy scrambling to hide their own legal culpability and exposure.

The bending arc of the 2009 dream team finally ends in the platitudes of “I can’t remember” and “Not to my knowledge” that will eventually find their way from CNN and MSNBC into the court room.

Obama entered office to gushes that he was a Living God and the smartest man ever to enter the White House. He quickly won the Nobel Peace Prize and was courted internationally through a series of overseas tours. His brand was that he was not so much a citizen of an unexceptional America as a citizen of the now globalized world.

Once Obama discovered in his last year in office that the more he disappeared, the more the public liked the idea rather than the reality of Obama, his polls recovered. His designated successor, armed with Obama’s endorsement, a captive media, and a vast preponderance of money lost to outlier Donald Trump in the greatest upset in U.S. election history.

Trump, remember, ran on being the antithesis to Barack Obama.

Gone with the Breeze

Because Obama sought to ram down the throats of the public a radical progressive agenda on the force of his supposedly charismatic godhead, none of his initiatives ever won majority public support. A few were pushed through on entirely partisan votes or by executive — and thus easily reversible — orders.

For the most part, what Obama ran on in 2008, he quickly forgot. Instead, he sought to enact what he had once warned against, from open borders and gay marriage to radical deficit spending and one-size-fits-all federal medical care.

In fact, Obamacare remains a mess and hobbles along, to the extent the individual mandate was scrapped. The Obama future of centrally controlled, high-density, skyscraper apartment living, reliance on mass transit and subways, and energy-efficient crowded workplaces was rendered inert by COVID-19.

Those who must soon return to the coastal-corridor paradigm are not too happy about it. The MeToo movement is now dead, killed off by its own selective applications and hypocrisies. The Obama federal Title IX counterpart edicts to universities are now being overturned on grounds that they are likely unconstitutional.

The Obama-administration appeasement of China is over and in retrospect seen as disastrous. “Reset” with Russia was as mythical as Russian “collusion.” The much-heralded Asian “pivot” is a forgotten divot.

No one defends the Iran Deal much anymore, as Tehran struggles with sanctions, bankruptcy, a hostile Middle East, a suspect Chinese patron, the death of its terrorist master General Soleimani, popular unrest, and a COVID-19 mess.

The idea of empowering the Iranian terrorist state and its appendages in Syria as a legitimate balance to Egypt, the moderate Gulf States, and even Israel was always unhinged. It was largely dreamed up by failed novelist Ben Rhodes, the organizer of the resistance foreign-policy shadow government that no one hears much about anymore.

Even the Arab world is relieved that Obama’s estrangement with Israel is over with. Whatever the Obama policy toward North Korea was, it was a prescription for nuclear missiles pointed at the U.S.

America met the Paris climate accord more effectively than most signees to the agreement, and through hated natural gas and not beloved wind and solar.

The world did not end when the Golan Heights was not going to be given back to Assad’s Syria, or as the American Embassy moved to Jerusalem.

The epidemic put an end to lots of Obama lore. Secure borders are now the unquestioned consensus, not caravans blasting through rusty cyclone fences.

Globalization is a synonym for Chinese hegemony. China is no longer a helpful partner in American efforts to address climate change and epidemics, as Obama once waxed.

The interior of the country is no longer written off, and jobs will come back without a magic wand, and more so due to fear of current Chinese monopolies of essential U.S. goods. Obama hollowed out the U.S. military and saw it rebuilt by Donald Trump.

There is nothing left of the Obama creed of the “most scandal-free” administrant in memory.

Before the collusion/obstruction hoax, the Horowitz report, the failed Mueller investigation, and the release of classified information, the public knew well of Fast and Furious, the data surveillance of the AP reporters, the GSA and VA messes, the weaponization of the IRS, the Benghazi mythologies, the Bowe Bergdahl swap, and the echo-chamber silence about the hidden details of the Iran deal.

Each time Susan Rice was wheeled out to swear the truth, the public assumed it was a lie. The more things change, the more they stay the same with Obama Admin.

Slowly we are learning that the Obama administration — in its hatred of Donald Trump, in its paranoia that its precious legacy could in theory end in 2017, and in assurance that Hillary Clinton’s sure victory would cloak its wrongdoing — sought to disrupt a presidential campaign, wreck a presidential transition, and abort a presidency.

What did high Obama officials and leftovers not do to those ends?

They spied on the incoming national-security advisor by the phony ruse of reverse targeting the Russian ambassador.

They sought to ambush Michael Flynn in a perjury trap.

They doctored and then likely destroyed the FBI 302 report of their ambush interview.

During the campaign, they trafficked in a fake dossier, cobbled together by a bought foreign national, on the payroll of Hillary Clinton’s firewalls, and the FBI, whose made-up evidence was destroyed by Steele himself.

Obama officials requested hundreds of unmaskings of those affiliated with Trump, and mysteriously many of the subsequent unredacted names ended up leaked to the press.

They doctored emails to fool a FISA court into spying on an American citizen.

The FBI outsourced its responsibilities to investigate the hacking of the DNC emails to Crowdstrike, whose mantra that the Russians did it was always suspect and soon confessed as unproven.

Former Obama officials — McCabe, Comey, Brennan, Clapper — blared on TV that Donald Trump was a Putin asset and a Russian colluder, even as they swore, while under oath, that they had no evidence for such assertions.

In the end, all four at one time or another has either likely lied under oath to a congressional committee or lied to federal investigators.

The scandal list could be expanded but its present status could be summed up as Obama himself likely knew of these efforts to surveille, disrupt, and ultimately destroy the Trump campaign and transition, and he correctly knew that no one would pursue the fact of his knowledge.

Either his subordinates would provide a firewall around his divinity, or if they would or could not, the public could not absorb the idea that the Obama’s administration was the most corrupt and scandal-ridden in memory.

Finally, the Obama post-presidency did not help his cause.

After eight years of lecturing the nation about the proper time to profit, or identifying the point after which there was no need to make additional money, or that private businesspeople did not really build their businesses, or the need to spread the wealth around, Obama liberated from office almost immediately rushed to the life of private jets and luxury yachts.

He signed multimillion-dollar tech and media deals characterized by requiring little expertise and less work but the promiscuous use of his brand and name. The erstwhile lecturer in chief about redlining and insidious bias bought a mansion in Washington’s toniest district.

And after warning about rising seas, coastal flooding, and the need to lower them, he bought a seaside estate at Martha Vineyard, for the fire sale price of just under $12 million.

In other words, he knew no time to stop profiting; there was no point when he had enough money; he saw no reason to spread his wealth around; and he really did build his own empire,

The less charismatic purveyors of the Obama legacy have not done well.

Hillary Clinton hired a foreign national to compile a dirty dossier on Trump and seed it in the Obama administration. She blew an election and ended up babbling and fixated permanently on her failure, before pathetically joining the “Resistance.”

Joe Biden in his dotage may be spared her angst, given his own seeming inability to know exactly where he is and what he is supposed to say.

Obama was supposed to have jump-started the careers of dozens of young, charismatic “diversity” imitators in the presidential arena, such as Cory Booker, Pete Buttigieg, Julian Castro, Deval Patrick, Kamala Harris, and Andrew Yang.

All crashed and burned in the Democrat primaries, whether because they were not the Obama Adonis or because they reminded voters of his shallowness.

We were supposed to see a fundamental transformation of the country between 2009 and 2025, as the Obama-Clinton 16-year regnum finally made America right and correct.

Instead, we witnessed eight years that ended in scandal whose full dimensions of criminality will take years to process.

Bottom line: Obama’s policies are in tatters, and the worst scandals of his White House are coming to light.