THE DEPRAVED FRAUD OF THE CLINTON FOUNDATION 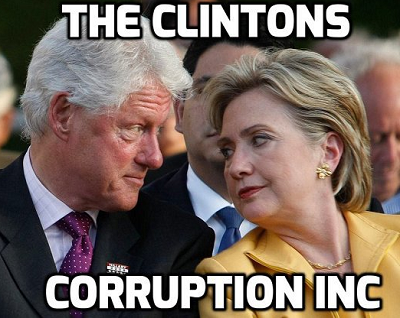 [ssba]On a visit to Bombay (aka Mumbai) in April, 2013, Bill Clinton praised Indian generic drug companies Ranbaxy and Cipla for their “stellar contribution in the fight against the HIV/AIDS scourge.” Their cheap drugs saved millions of lives, the former president said.

Surely Mr. Clinton knew by then – if he hadn’t from the beginning – the antiretroviral (ARV) drugs Ranbaxy sold were cheap because they were frauds. Their useless medicines did little to help HIV/AIDs patients.

The beginning was in 2002, when Clinton aide Ira Magaziner approached Ranbaxy with a proposition.

“They could put the developing countries together to form a sort of ‘buying club’ that could ramp up economies of scale and lower cost,” said Profs. Ethan Kapstein and Joshua Busby in their 2013 book, “AIDS Drugs for All.”

Ranbaxy was owned then by brothers Malvinder and Shivinder Singh, who had what Australian journalist Michael Smith calls a “dodgy” reputation. The Singh brothers sold their interest in Ranbaxy to a Japanese firm in 2008. Daiichi Sankyo sued them for concealing information about their many lapses in quality control. An Indian court ordered the brothers to pay Daiichi $385 million in damages.

Initially, Ranbaxy’s defective ARV drugs were distributed in four African and about a dozen Caribbean countries. Distribution of low cost generics manufactured in India was expanded to other developing countries after what became known as the Clinton Health Aids Initiative negotiated a deal with the UNITAID consortium. Established in 2006 by Britain, Brazil, Chile, France and Norway, UNITAID is financed chiefly by levies on airline tickets.

The World Health Organization had suspicions about Ranbaxy in 2004. A whistleblower told the Food and Drug Administration in 2007 how the company fabricated data to win FDA approvals. The fraud was made public in a Justice Department filing in 2008.

In 2012, the Justice Department banned Ranbaxy from selling in the U.S. drugs manufactured at several Indian plants. A month after Mr. Clinton’s lavish praise for the firm in 2013, Ranbaxy pled guilty to criminal counts of selling adulterated drugs with intent to defraud.

“Who cares? It’s just blacks dying.” That’s how a senior Ranbaxy executive dismissed concerns expressed by other executives the company was manufacturing defective medicines, Fortune magazine reported in a lengthy expose that month (May, 2013).

CHAI promised vastly more than it delivered to Papua New Guinea, a desperately poor country where there was a “raging AIDS epidemic,” said Michael Smith. The Australian government should demand from CHAI an accounting of how the $80 million (in Australian dollars) it donated was spent, he said.

“A small amount of Australian aid money was expended on Ranbaxy pharmaceutical products in Papua New Guinea,” the Department of Foreign Affairs and Trade said in response to Mr. Smith’s inquiry.

“Ruby Shang was also able to hang on to a full time job running the Caterpillar earthmoving dealership in Vietnam,” Mr. Smith noted. “Ruby wasn’t overly taxed, because beyond invoicing, the Clinton Foundation didn’t actually do much,” he said.

Clinton Foundation public disclosures are so bad no outsider can know for sure how large this global charity fraud has become, Mr. Ortel caveated. But “Bill and Hillary and their partners appear to have helped themselves to $100 million or more of funds donated to help the desperately poor,” he estimated.

It is with good reason and solid evidence that Mr. Ortel asserts that “The Clinton Foundation is the largest unprosecuted charity fraud in world history.”  And arguably one of the most morally depraved.

Jack Kelly is a former Marine and Green Beret, and was the Deputy Assistant Secretary of the Air Force during the Reagan Administration.  He is the national security writer for the Pittsburgh Post-Gazette.