THE DEMOCRATS’ IDES OF MARCH 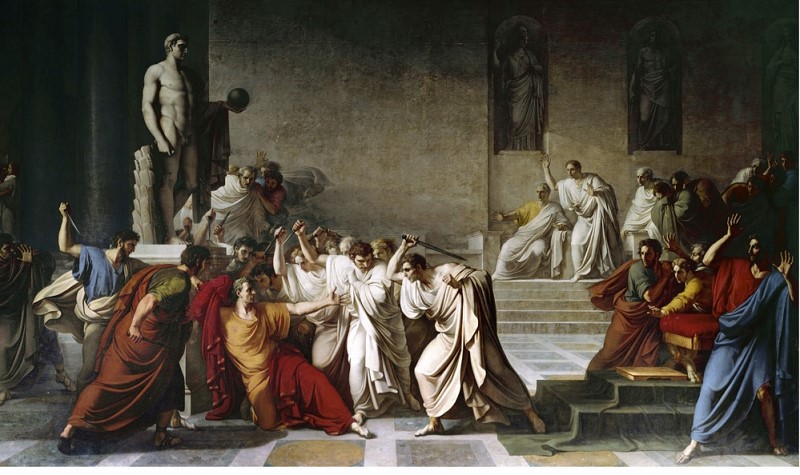 “Beware the Ides of March,” the soothsayer in Shakespeare’s play warned Julius Caesar.

*Rep. Adam Schiff scheduled a hearing of the House Intelligence Committee for March 14, with Felix Sater the only witness.

The purpose of this hearing – like last week’s featuring disgraced Trump lawyer Michael Cohen – is to distract attention from real news breaking that day that could embarrass Democrats.

On March 14, the depositions of Christopher Steele and David Kramer in a libel suit will be made public.  And that’s just one of the many knives out for the Dems the middle of this month.

Judge Ursula Ungaro dismissed the lawsuit against Buzzfeed News, which published the Steele dossier. Buzzfeed got its copy from Kramer, a longtime associate of Sen. John McCain.

Steele and Kramer objected strenuously, but Judge Ungaro said there is no longer any reason to keep their depositions secret. Shortly after she announced her ruling, Schiff scheduled his hearing.

Who is Felix Sater, Schiff’s star witness? Read this thread by Nick Weil to find out.

Short version: Sater was born in Russia, grew up in Brooklyn. He’s been friends with Michael Cohen since boyhood.

In 1998, Sater got three years probation for offenses with a max penalty of 20 years in prison because he was an informant for DIA, CIA and FBI.

The prosecutors who gave Sater that sweetheart deal were Andrew Weissmann, one of Mueller’s “Thirteen Angry Democrats,” and Loretta Lynch, then the U.S. attorney for the Eastern District of New York.

The deal “allowed Sater to continue to bilk banks and individuals of billions of dollars,” wrote former federal prosecutor Sidney Powell. “He was protected by the government in his crimes against new victims.”

Sater was an executive for a real estate company that did business with the Trump Organization.  Bayrock was rumored to be “a money laundering vehicle for corrupt business and political figures in Russia and Ukraine,” said Newsweek reporter Bill Powell.

Schiffless said on Meet the Press Sunday (3/3) he plans to investigate allegations that “Russians have been laundering money through the Trump Organization.”

Sater was the source for stories in Buzzfeed that Trump was seeking a deal to build a Trump Tower in Moscow. But the record is clear it was Cohen and (especially) Sater who were urging Trump to do this – and he didn’t bite.

Sater was either (wittingly or unwittingly) part of a sting run against Trump by black hats in the FBI, or Sater and Trump were part of a sting against Russian mobsters, said Undercover Huber.

Either way, Sater’s testimony “will really be yet another nail in the ‘Collusion’ coffin,” Undercover Huber predicts.

And what was it Steele and Kramer said in their depositions they don’t want us to know? That revelation likely will overshadow whatever emerges from Schiff’s dog and pony show.

*The ranking Republican on the House Intelligence Committee is Rep. Devin Nunes (R-CA), the one Member of the House GOP who absolutely positively knows who did what to whom when.

In his interview with Maria Bartiromo of Fox News last Sunday (3/3), Nunes explained why two of Mueller’s key staffers, Andrew Weissmann and Zainab Ahmad, could be in legal trouble, because they were involved in the chain of custody of the Steele dossier.

“These are not independent investigators,” Nunes said. “These are people who were in on it from the beginning…”

Reps. Jim Jordan and Mark Meadows asked Attorney General Barr to disclose by March 15 (the Ides of March) information on the conflicts of interest of Weissmann and Ahmad, Bartiromo noted.

This isn’t the first time Weissmann flouted the law.

Nunes has known about their conflicts for a long time. That he’s been cleared to talk about it now is a clear sign release of Mueller’s report is imminent.

“I want everything Mueller did made public,” Nunes said.

*FWIW, Q said on Feb. 26 there will be “BIG BIG BIG HAPPENINGS” between then and March 19.

The sequence of events, “planned long ago,” will be release of the Mueller report, then declassification of critical documents about muh Russia, then release of DOJ Inspector General Michael Horowitz’s report on FBI/DOJ wrongdoing, then indictments, Q said.

This makes sense. By waiting until after Mueller makes his report, Trump can’t be accused of obstructing his investigation when he declassifies documents.

*Deputy Attorney General Rod Rosenstein said he wouldn’t resign until after Mueller makes his report. RR plans to resign in the middle of this month.

*A superseding indictment with new criminal charges will be issued by the middle of March, prosecutors in the NXIVM sex cult case announced Feb. 28.

The case involves big time leftists in the U.S., Canada and Mexico, both as defendants and as attorneys for the accused. Jeffrey Peterson has background here.

*Speaking of sex scandals, Judge Kenneth Marra – who ruled federal prosecutors violated the rights of his victims by making a non-prosecution agreement with billionaire Jeffrey Epstein – gave prosecutors and attorneys for the victims until March 8 to recommend whether or not that agreement should be invalidated.

Democrats want the case reopened because the U.S. attorney who signed off on the deal in 2008, Alexander Acosta, is now President Trump’s Secretary of Labor.

They should be careful what they wish for. Guess who was a passenger on Epstein’s Lolita Express more than 20 times?

It seems as if the next couple of weeks will be lit like a match.  What will it set on fire?  There is still time to stock up on popcorn.